Guy Trafford reports that Fonterra is having recent wins in China, dairy prices are rising, but Wellington seems intent on undermining farming and export income by taking more land out of production by prioritising climate tax schemes for urban 'investors

Guy Trafford reports that Fonterra is having recent wins in China, dairy prices are rising, but Wellington seems intent on undermining farming and export income by taking more land out of production by prioritising climate tax schemes for urban 'investors 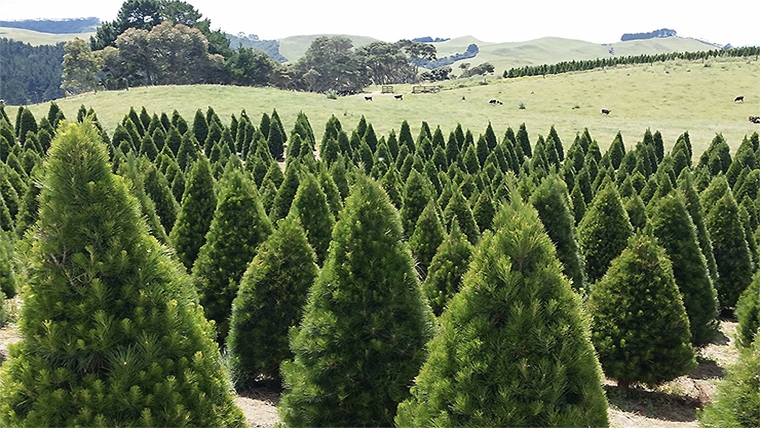 The latest Global Dairy Trade auction has continued the positive of the last two sales and this time WMP has been on the positive side of the ledger as well.

Overall, the weighted average lift was +1.9% building on the previous two sales of +0.1% and +1.0% before that. The all important WMP price was up +2.2% and SMP +3.1% the only product that went backwards was butter that was -1% continuing its decline.

The general view is that the impact of Covid-19 has almost passed but the global recession created by it is still going to put plenty of bumps along the road ahead.

The caveat around Covid-19 is that the risk of a ‘second wave’ is very real. China has just gone into “Lock down level 2” mode on the back of the current outbreak in Beijing. So long as the ports and the domestic logistics businesses are able to keep operating, the impact on New Zealand’s trade should not be too badly impacted. However, it is a reminder there a lot of uncertainty around.

Westpac have today come out with a revised forecast for the farmgate dairy price of $6.50. This is up 20c on their previous figure and ahead of the Fonterra mid-point of their very broad range of $6.15.

The latest Covid-19 outbreak in China came out of a fish market and from a New Zealand perspective the fact that the virus was found on a chopping block used for cutting up imported salmon is unfortunate as this had meant just when New Zealand exports of salmon were making good head way they are likely to be back off the menu. China imports about 80,000 tons of chilled and frozen salmon each year, from Chile, Norway, Faroe Islands, Australia, Canada plus New Zealand. Most ends up in sushi.

Positive news about Fonterra has become a bit of a habit lately. The latest piece of news relates to a joint venture Fonterra and Chinese company GoldMax owned by Hainan Govking Group. GoldMax did an online launch of a new infant formula product (GoldMax Love) and had over 4.5million viewers from around the world.

This is not Fonterra’s first association with the Hainan Govking Group. Last year Susan Reelick, Fonterra Director of Paediatrics participated at the Shanghai Children, Baby, Maternity Expo and had 10 million listeners hearing about the grass based farming systems New Zealand uses on its dairy farms.

Fonterra did have a bit of a reputation about what it was “gonna do” but were projects that often fell flat. It is now notching up points for things done.

On the local front, the Ggovernment has now passed the Emissions Trading Reform Bill. It has moved the capped price for carbon up to $35 for this year and to $50 for 2021.

Climate Change Minister James Shaw has said that he believes it may get up to $100.

Both Federated Farmers and Beef and Lamb New Zealand believe that agriculture are getting the sort end of the stick and the transport sector is being let off the hook and the policy will do nothing to reduce the faster growing emissions sector. They believe that the fuel companies will purchase land to plant trees on to offset the sector emissions and the tree sequestration values will match any carbon price increases and make it a zero-sum game for them. The only true carbon reductions will come from the destocking of the land of livestock to enable trees to be planted.

The social result will be a lower rural population and less exports.

In the meantime farmers are not allowed to use trees as an offset of animal methane emissions.

The local carbon price has recently been up over $31 per tonne but today moved back down to below $30.

As the election closes in it increasingly appears that livestock farming is going to receive no favours from Government and farmers will end up being pushed to go with either NZFirst or National with their vote. Even if they agree with what has happen in regard to Covid-19 the issues around the ETS and water may tip the balance.

Much will depend upon on what these parties roll out in the next few weeks. To date there has not been a lot of detail from either party. National did put out an Agricultural document last year but given the changing environment we are currently in some updating is needed.  NZFirst can be judged by their performance in the current government; good, bad or otherwise.

Calling Shaw an official handicap is a bit rough?

The first casualty of this enlightened policy has been the South Island tomato growers who use coal to heat their greenhouses in winter. The extra $10 per tonne cost of their emissions means they are no longer competitive with Queensland tomatoes.

Thats the whole point. Its like a speeding ticket for using old polluting technology. Time for them to switch to natural gas or find some other tech. I know wood waste is ineffecient if it has to be carted for miles. With a shove humans generally find alternatives. As far as planting farm land in trees goes there should be regulation as to what land is suitable for forest. It dosnt necessarily mean just steep land , it could also be low productivity areas. Obviously if farmers planted a portion of their land it would add diversity to their income, help sort NZs carbon profile and limit the need for corporate wholesale planting.

Well how about if the QLD farmers are expelling more carbon to get the tomatoes into NZ? That would be a major fail.

That goes for the carbon profile of just about everything we import, dosnt mean we cant change the way we do things for the better.

So we fine ourselves while the rest of the world carries on BAU?

Growing subtropical fruit in the sub antarctic is probably not a great use of resources you'd think.
Of course importing potential fruitfly infested produce from Queensland is not a great idea either.
Really one of our biggest problems is our incessant demand for out of season produce.

And the real joke is that plants lurve CO2, so growers tend to run heated houses at 800-1000ppm, in part by letting some of the emissions trail through them. Can also be done the Prince Charles way, by constantly talking to the plants and breathing CO2 all over 'em, but that's a bit too labour-intensive for most.

I can't see how agriculture are getting the sort (sic) end of the stick. The proposal is that farmers will receive 95% free allocation with credit for reductions whereas Government and taxpayers are accountable for any potential shortfall liabilities under the Paris Agreement.

As a farmer, I did just that. Planted out unproductive areas back in the 1980's. I planted/ release cut/ pruned them all when there was a gap in the workload. Thought we would do well for retirement. Cyclone Gita came along and knocked 1/3 of them over and we had to log them all. At least the log prices were at their peak so we thought we would do well. The logging crew were really keen to get into the job and financially were well rewarded. However the mess made by the loggers was soul destroying. and we have spent all the income we received trying to clean up. We have not replanted, will not replant and if I get some spare time, will go to the beach instead. Looks like it will be a short retirement.

You will have deforestation liabilities if you planted those trees prior to 1990.

A lot of farmers are happy - they are planting trees and increasing their profit and security while concentrating on the best areas of their land to farm animals, waterways protected and erosion reduced. These are very successful farmers who will be more successful and take over the ones who keep on doing the same and wonder why nothing gets better. Framers have 1BT money that no one else can get and own the land. Moaning about something that's very profitable, you can get free money to do and you own the land already is a bit strange to say the least. In all honesty it makes the moaners look not to bright and focused on repeating the failures by doing the same again - I think some guy called Albert Einstein had something to say about that sort of thought process.
Another point is that the commentary from Beef and Lamb etc shows they have no understanding (ie its wrong) on how the ETS works for forests. I wont go into it but again it shows a very shallow understanding and complete resistance to any change. They also have studies they commissioned showing forestry is as profitable as farming, creates the same, and higher paying, jobs without any Carbon!! - you wont see them release those I can assure you.

My old man was telling me how a forestry owner he knows bought a forest, sold all the carbon credits for about $300k then brought the equivalent from the Ukraine for $1. Not 100% on the exact detail but sounded like a good rort.

Yes happened a few years ago courtesy of the National Government - the forest industry told them it would happen and not to do it - but they wanted a cheap way to clear forests and convert to Dairy - stuff the Environment call. Now a lot of that land is going back to trees as it dosnt work - wasted hundreds of million if not billions of $$ on conversions and screwing up waterways. This option is well closed now.

This particular forest owner ended up just milling the timber then replanting but yes I can see how so many dairy farms popped up on forestry land, especially Landcorp blocks.

but we don't all have poor areas on our farms.

Id never suggest every farmer needs to plant trees. But if you have unproductive areas, why not? At the end of the day its your land, do whatever turns you on, so long as it works out for you.

Oh, Andrewj, shurely you aren't suggesting that a top-down, one-size-fits-all policy does not (gasp!) Actually Fit many local circumstances?