Brand cooperation is having a major impact, with the ultimate prize of New Zealand red meat being successfully promoted to the world as a high value, healthy and sustainable protein now a realistic prospect

Rural News
Brand cooperation is having a major impact, with the ultimate prize of New Zealand red meat being successfully promoted to the world as a high value, healthy and sustainable protein now a realistic prospect 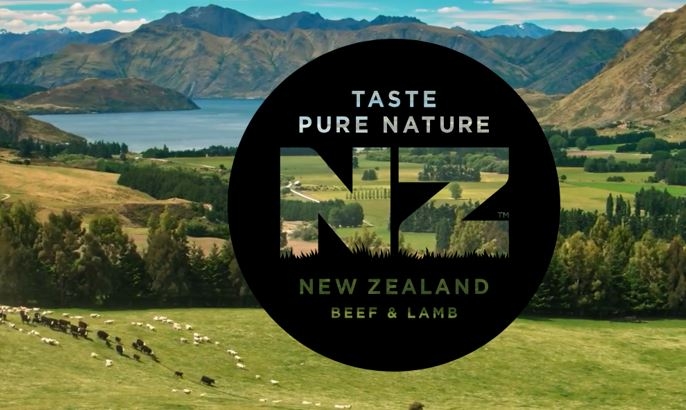 A little over a year since the launch of the Taste Pure Nature country of origin brand in California, Beef + Lamb’s GM Market Development, Nick Beeby, is thrilled with the evolution of the programme.

At the start a small number of meat exporters were supportive of what Beeby concedes was initially seen as a B+LNZ initiative, but 15 months later success in targeting specific consumer groups and expansion of the scheme into China have brought increased industry commitment.

TPN is now viewed positively as a sector-led strategy and the meat exporters have injected huge momentum and drive in support.

Original participants included Lamb Company shareholders, Alliance, ANZCO and Silver Fern Farms, and Atkins Ranch and First Light, two exporters which stood to benefit from the tightly targeted digital strategy directed at the Conscious Foodie consumer segment in California. The initial strategy was to raise awareness and increase the preference for New Zealand grass fed, naturally raised and anti-biotic free red meat, and importantly to point consumers to where they can buy it. These strategic objectives remain the same.

Beeby says quarterly research tracking confirms the key indicators all show a significant lift with approximately half those surveyed now recognising the benefits claimed and the story resonating well with conscious foodies, achieved with a relatively small budget.

ANZCO’s Rick Walker is cautiously positive about what has been achieved in North America, but warns it has been difficult to launch a successful programme with limited resources, saying it sounds easier on paper than it is in reality. The most important factor being the importance of having New Zealand origin product available in store which has been slow to achieve. The Lamb Company, which has had its own ‘New Zealand Spring Lamb’ retail brand for 30 years, also struggled initially to see the value of superimposing the origin brand, but has now been able to make the necessary alignment between its new ‘Springvale’ beef brand and TPN, with Canada’s Metro supermarket chain stocking the grass fed beef range since March, enabling consumers to make the connection between the company and origin brands.

Rather than tangible sales volumes, the biggest value Walker sees in the Californian launch programme has been getting the meat exporters to work together for the common good instead of competing counterproductively against each other. SFF’s Group Marketing Manager, Nicola Johnston, agrees the major advantage of the programme has been the cooperation between meat exporters, rather than an instant surge in sales. SFF couldn’t take immediate advantage of the work on the West Coast because it had no branded products in stores there at the time, while alignment between TPN and The Lamb Company took time to resolve.

A prime example of collaboration was a week-long familiarisation trip arranged to bring one journalist and five social influencers from California to New Zealand to build a deeper understanding of this country’s unique attributes. Brand partners Atkins Ranch, SFF and First Light joined B+LNZ to host a comprehensive programme of farm visits, food and wine activities and unique experiences. The outcome has been 98 separate media content pieces, 126,500 social media engagements and a social reach of more than 40 million. The influencers were impressed by all aspects of farming here, praising “just how much care, effort and love (that) goes into every meal made with NZ grass fed meat.”

Exporter cooperation has also led to important progress in China, the second country TPN has been launched in, where Greenlea, ANZCO and SFF have worked with their mutual distributor Unifoods to introduce a pilot programme in Shandong province through two high-end butchers and a retailer just in time for Chinese New Year.

Since business restarted after the Covid-19 interruption, Unifoods has decided to expand the pilot to more than 200 stores in Shandong, a wealthy coastal region of nine million people eager to enjoy the natural benefits of New Zealand beef. The retail fit out is nearly complete and a digital platform is in development. Greenlea CEO Tony Egan sees China as the biggest opportunity following the success of the pilot programme, praising the willingness of competing companies to put aside their differences and work together. Walker agrees the China programme has much closer alignment between promotion and availability, while Johnston is pleased with the preliminary campaign in Shandong which will be able to be expanded into the Shanghai region on the back of work already done there.

Exporter participation in TPN has increased since its launch with the addition of Greenlea, Angus Pure and Coastal Spring Lamb to the five original companies. Until now AFFCO has remained outside the group, because the chosen launch areas were not compatible with its main sales target markets, but Mark de Lautour, GM Sales and Marketing, assures me AFFCO has been totally committed to the origin brand messaging from day one. In the post-Covid online world geographic boundaries tend to disappear and with collateral now available to support digital channels, AFFCO has signed up to participate in TPN which will align perfectly with its Natural Beef programme.

To the outside observer TPN may appear to have had a relatively quiet beginning, but in actual fact it represents an enormous change in meat industry dynamics. Achieving cooperation between the farmer levy funded B+LNZ and meat companies, let alone between individual companies, would have been unheard of even 10 years ago. But determination to find a way through this maze of protectiveness is a credit to all involved, and the ultimate prize of New Zealand red meat being successfully promoted to the world as a high value, healthy and sustainable protein is now a realistic prospect.

"five social influencers from California to New Zealand". You have got to be joking?! NZers are the worlds most gullible people.

It's not really about being gullible, but how much the target audience buys in. Never, ever, underestimate the audience.

Good to see cooperation. The proof will be does it flow back to better returns for farmers? You dont know to you try but Im sure farmers putting in money will watch with interest although it will take time to see a result. Bit like advertising 50% is worthwhile, 50% is a waste of time - you dont know which is which though so have to do both!!

Positive market signs that can be consolidated, perhaps. The actual reality signal of growth and success will be when the processors starting building capacity rather than reducing it. Especially sheepmeat.