Guy Trafford takes some time off in the Aoraki-Mt Cook region and is reminded of what makes New Zealand so very special. He also sees how much work there is to do to keep it that way

Guy Trafford takes some time off in the Aoraki-Mt Cook region and is reminded of what makes New Zealand so very special. He also sees how much work there is to do to keep it that way 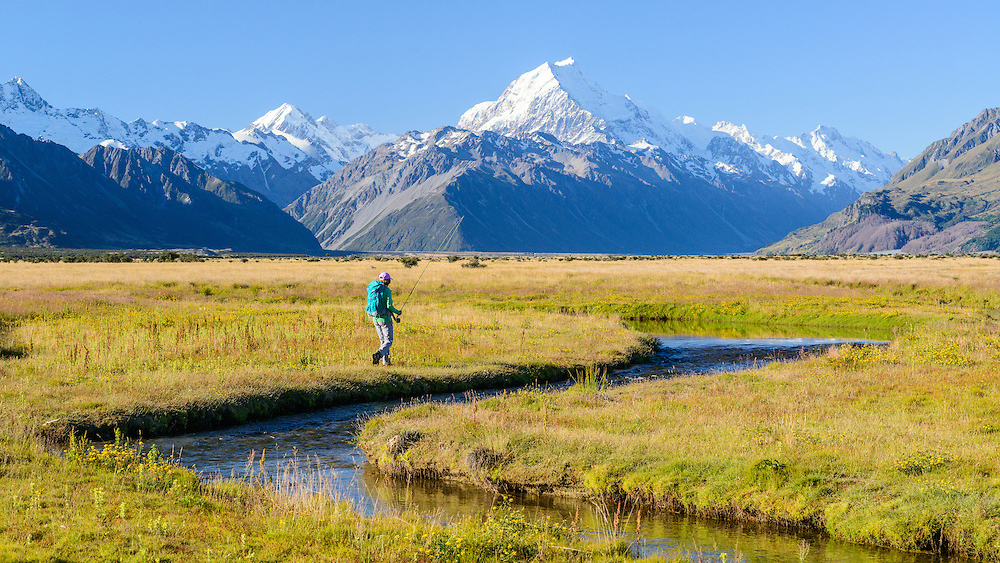 In the interests of ‘doing our bit’ for tourism New Zealand 'the boss’ and I took what we thought was a couple of well-earned days off (in lieu of a far greater break curtailed by COVID-19). We went down to the Mackenzie Country staying at Lakeside Lodge and spent a day wandering around the tracks below Aoraki/Mt Cook.

Apart from distant views from SH8 the only other views of New Zealand’s most iconic mountain I’ve had are the flights over it when returning from the other side of the Tasman where it always stands out as a return to clear airs and (mostly) cleaner waters. Having been to almost all the corners on and off the beaten track areas of New Zealand, Aoraki was a long overdue visit. So, the trip up to the Hermitage carpark and four hours of modest trekking was a revelation of what a great country we live in.

On what started as a day shrouded in fog coming into the clear skies at Glentanner only got better. New Zealand has majestic landscapes and the pleasure of not having to compete with crowds of internationals made the day even more enjoyable. We didn’t see one tour coach and were able to walk freely with what were still reasonable numbers of both Kiwi’s and internationals still here mostly from arriving pre-lock down.

Our hosts actually said they were experiencing quite a good ‘off season’ although with only 6 or 7 double rooms they were in the low-volume/higher-value category and I suspect the camping grounds would be down on numbers. That is certainly how it appeared driving by.

One of the negatives, at least in part, we observed was the problem of the wilding pines. “In part”, because it is obvious that things are underway to try and reclaim the tracts of land that are affected. However, there is still a lot of work to be done. The wilding pine conservation work that is now being undertaken (an estimated $22 million has been spent between 2016-19 by a combination of government, ECAN and power companies along with private land owners) is showing results but a lesson for the future should be taken out of the government response to the Covid-19 threat. “Go hard, go early”. If the program currently being undertaken had started 20 years ago or earlier, the costs would have to be a fraction of the $25 million the government plans to spend each year for the next four years plus the continued spending by the other ‘players’.

It is interesting to note that among the contributors of funds there is no mention of the forestry companies. In the Mackenzie Basin much of the current problem is attributed to plantings put in to control erosion caused by the raising of the lakes for the hydro-dams. However, the same cannot be said for the North Island where similar problems are occurring in Northland and in the Taupo Central Plateau area. Ironically perhaps, some say that the growth of wilding pines in the South Island has coincided with the demise of rabbits due to the release of the RCD virus.

The government's use of conservation workers to provide both work for both laid off staff and to assist the environment is to be applauded, and while the type of work won’t suit everyone it will help some.

The trip to Aoraki did bring home to me how important our environment is and like health and education, to name some, which appear to suffer from the short-term vagaries of our electoral system; that is, the three year parliamentary cycle. New Zealand, fortunately, does not suffer the severe ideological swings that occur in the USA and the turning over of key bureaucrats in the process, but the three year cycle barely allows time to begin let alone bed-in and start to show benefits, or otherwise of projects. Given the appetite for referendums at the moment, with the marijuana and euthanasia debates, to this observer, it seems a missed opportunity to discuss the three year term. A report that came out of Victoria University (2019) showed that of 190 countries with parliaments, 103 have five-year terms, 74 have four-year terms, and just nine governments are in power for three years before an election is held. Some politicians hold to the view that voters like to have the ability to turf out politicians on a more regular basis. However, it would be interesting to test this view. More likely politicians are nervous about giving the opposing block an advantage if the referendum were to occur when they are in opposition. But then I might just be getting cynical.

In the meantime, I will continue to enjoy our country. The last place on my list of long overdue go to’s is Cape Reinga. But that may wait until the summer.

Nice article for a gloomy wet Friday thanks! Golden opportunity to re-assess the mass tourism madness we were suckered into. Most of us who are into the back country have been avoiding iconic spots for some time, heading further afield. We are celebrating the demise of the $2 tourist.

And the infestation of hordes of on the middle line, 80kph camper vans.

Don't worry, digitalis, we're gonna do an extended SI caravan tour at 89kph behind the diesel SUV before summer. But I do pull over for following traffic. And frequent camping grounds and NZMCA parks. And buy local: NZ food, Singaporean diesel, Australian synthetic oil, Japanese filters and Korean spares. Depends, I guess, on the definition of 'local'.....

Digitalis Purpurea, thank you all the same, name dropper. Of the Plantaginaceae family. Confirms direct descendant of Henry 2nd. Now classified as noxious but obnoxious not inaccurate either. Actually reveals a unfulfilled latent obsession with Basil Brush but that pseudonym was already taken by some usurper. Will give you a toot and the royal wave nevertheless as we go past, you’ll work it out about the fifth time. Watch the rear vision for the purple Daimler. Apologise in advance for the stones and dust.

No forestry companies on wildings because none planted them - farmers and Government planted them when the area was first settled by Europeans. Wildings do need to be removed but ask your National party mates why they didn't do anything about it for the last 12 years.

That part of the world is close to my favourite part of NZ, stunning. Probably is my favourite. I really like the West Coast too

If you can cope with DOC camp-grounds, Cape Reinga has two good ones nearby. Dodge school holidays if possible!

Three years is too long for a bad government and not long enough for a good one.