Allan Barber looks at the issues farmers face when confronted by bureaucratic environmental regulations that work against the public goals set by politicians. Local solutions seem to work best 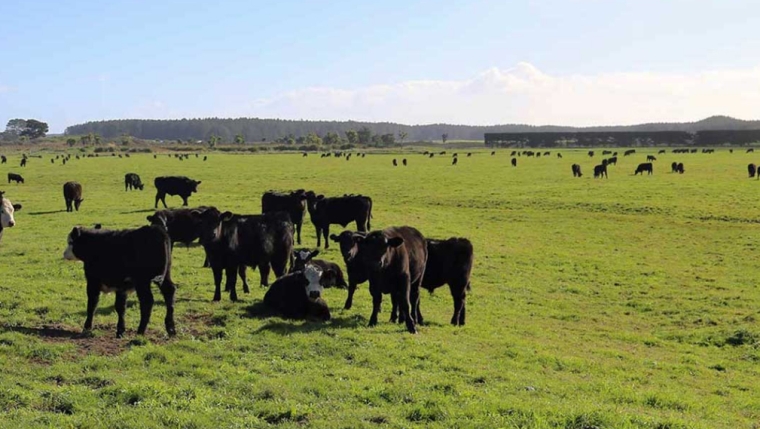 The fast pace of regulatory change by the government poses a challenge for farmers trying to earn their social licence to operate.

The Emissions Trading Reform Bill and the proposed Essential Freshwater Policy are the two latest examples of regulation which are set to be introduced into law before the Election and will inevitably impose serious costs or penalties on farmers as currently drafted Some provisions run counter to good, common sense farming practices, and the ETR has the potential to side swipe the sheep and beef sector, as it incentivises the conversion of sheep and beef farms into forestry.

Representative organisations, Beef + Lamb NZ, DairyNZ and Federated Farmers, are working hard on behalf of their members to mitigate the most heavy-handed aspects of the regulation, while at the same time providing farmers with information and tools to enhance on farm environmental performance in line with the comprehensive set of commitments made last year.

A major focus now is to leverage off the goodwill within the general public towards agriculture following the economic impact of the coronavirus pandemic to negotiate pragmatic outcomes on the environment.  While many farmers may feel there is a case to argue against doing anything on the environment, in the long run this will ultimately undermine farming’s social licence when the economy recovers and the focus goes back on these issues.

Now is the ideal time to build and consolidate the sector’s social licence to operate after a long period when the influence of urban, apparently non-polluting, liberals drove public opinion against farming.

If we say no to everything, the alternative is to be hit later by even blunter regulation which a Green leaning government will inevitably impose, even if the moderating impact of New Zealand First survives the election.

Federated Farmers’ environment spokesperson Chris Allen says farmers need to take responsibility for their individual farming practices, otherwise they will end up with stricter rules being foisted on them. Farmers must innovate and adapt all the time to maintain their social licence, because public opinion moves faster than farmers can. It is important to engage with the community and demystify what happens behind the farm gate, telling a credible story, warts and all.

In Allen’s opinion the best outcomes happen in regions where the local council recognises differences between catchment areas and works with farmers to develop and implement an achievable plan instead of imposing blunt regulations. He cites the resolution to the winter grazing issue in Southland, where the Regional Council asked each farmer to develop a plan specific to their own property which the council monitors in cooperation with the farmer.

Feds’ Tararua co-president Sally Dryland praised the initiative in her region where Horizons Regional Council has worked alongside 750 hill farmers on the Sustainable Land Use Initiative to prevent soil erosion from the wrong sort of planting on marginal land. Forestry conversion is a massive concern in her area. She also emphasises the willingness of farmers to engage in environmental improvements, supported by having a documented farm plan, but says the rules ideally need to be practical, affordable and consistent. The farm plan however should not be static, but must be a living, evolving document.

Roger Dalrymple who with his brother Hew owns Waitatapia Station in the Rangitikei is committed to the principles of freshwater policy and 90% of their farm is fenced. But, in common with many others, he struggles to grasp the logic around measures designed to minimise carbon in the atmosphere and is confused by the provisions in the ETR which will encourage rather than discourage fossil fuel emissions, because fossil fuel emitters remain able to offset 100% of their emissions through planting trees, which is a cheaper option than investing in technology to reduce their emissions.

In his view carbon farming is purely a short term solution to a long term problem, driven by the need of government to be seen to be meeting its international commitments through a smoke screen of offsets rather than actual emissions reductions. He cannot get his head round why it makes any sense to sell productive sheep and beef land to overseas investors or corporates who will benefit from carbon credits or emission offsets from one off planting of pine trees with a 20 year horizon, but no longer term benefit.

Dalrymple believes the government must provide clear signals to indicate how it expects farmers to operate in support of the objectives. He sees their only solution as becoming more efficient by finishing livestock sooner while looking after the soil’s biological health and structure. Farmers also have to be able to get recognition for the sequestration from native trees on their farms.  At the same time on the cropping side of the business Waitatapia has invested in direct seed drilling and strip tillage which enabled them to get rid of the plough two years ago to save fuel and keep the soil in better health.

At least the recent government concessions to the Essential Freshwater Policy provisions covering grandparenting, land use change, removal of the freshwater module to farm plan requirement, and reduced hill country fencing show a willingness by the government to listen the farmers and industry organisations and apply common sense to areas of major concern.  Hopefully the government will listen to the request being made by B+LNZ for limits to be placed on the use of forestry offsets by fossil fuel emitters.

There is no doubt farmers in general are willing to innovate and take up new ways of farming when the logic is clear, as well as economically viable. But the imposition of new regulations that are not science based, more designed to appeal to a segment of the electorate or international bodies like the International Panel for Climate Change does not inspire confidence or cooperation.

B+LNZ, DairyNZ and Federated Farmers have a challenge to lobby for farmers to be treated considerately, while at the same time maintaining a clear focus on their social licence to operate.

Allan - Spread the word - we are focused on forcing change to Local Councils District Plans via the objection/hearing process. The changes we are wanting will mean a win win for all parties!
As follows;

1. Farmers/Land Owners need to be incentivised to make their land environmentally friendly, they dont have the capital to do this and the banks have run away. (The cost of planting natives and fencing is approx. $45k/ha).
2. This can be done by allowing land owners to plant/fence their riparian margins, old swamps, steep unproductive country back into native trees. This will basically sort most agr pollution issues overnight.
3. In return the land owner will get new titles on a pro-rata basis that they can either develop on their existing land or subject to location and soil types the new titles can be transferred into donor areas closer to the lifestyle markets.
4. Covid 19 is forcing kiwis back home and urban dwellers are looking to move out of high density cities as they now see these as risky. The demand for rural lifestyle blocks is increasing, which in turn allows us to repopulate rural areas.
5. Following this simple process will build new jobs in plant nurseries, planting, surveying, fencing, weed & pest control as well as help our fantastic native bird life recover.
6. Councils will receive an increase in their rates income which will allow them to spend more on their communities. They can plan of x number of new titles each year and setout future urban or countryside living zone areas with their District Plans.
7. Farms win as any decrease in production will be offset by the income from the sale of lifestyle lots or transferable title rights. They can then re invest this money into the land or other assets. They can also sell the carbon rights.
8. Pine trees are not the answer to the climate issues, natives trees are but we must put incentive in place to plant them!!

We are underway with hearings at the moment and have got fantastic financial support from local farmers/landowners. We must work together to make this happen and change the way our national and local governments are thinking as its the only financially viable solution available to NZ.

If readers want to know more then let me know.