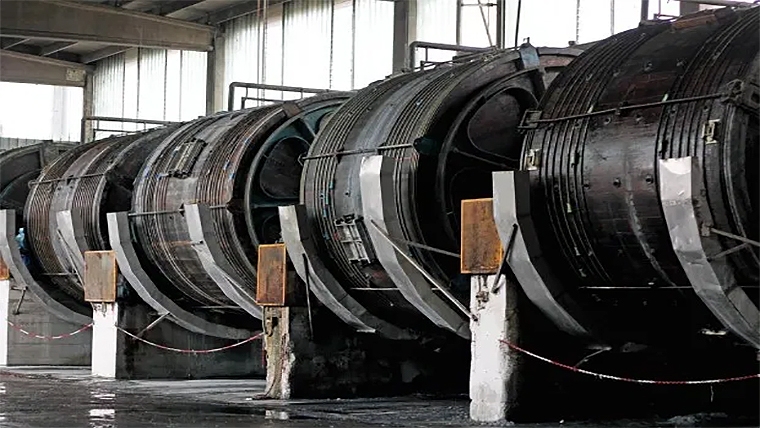 The sale of Wallace Group’s tanning, rendering and composting operations in the Waikato, Northland and Manawatu is the latest step in the consolidation process of what is often termed the fifth quarter of the meat industry.

Since it began in the late nineteenth century the industry has had to invest significant capital in facilities which were not just designed to process animals for meat production, but also to dispose of the parts of the carcase left over from its primary purpose, otherwise known as by-products or more politely co-products.

Co-products include hides and pelts, tallow, meat and bone meal, tripe, tendons, blood and intestines for sausage casings and more recently medical applications. Apart from meal and tallow their market value has really suffered in recent years, the worst effects being experienced in the leather industry which has seen prices for hides and, more particularly, pelts lose much of their value. Wool on pelts have minimal value, while shorn pelts are now negative or are going straight to landfill, while hide prices, especially for cull cow and bull, have been affected by changes in fashion and consumer preference for non-animal products. Wool which used to have a comparable value to the meat return has unfortunately declined to the point where it is now shorn more for animal health than profit reasons.

Meat processors’ attitude to co-products has changed over time, being considered originally as an essential part of the business, but progressively as a drain on capital and a disposal function which can be best outsourced to an independent processor.

Alliance, AFFCO and Progressive Meats are the remaining companies that have consistently incorporated co-products into their core business, Silver Fern Farms having sold its North Island hide processing and rendering assets to Lowe Corporation in 2014 and its 50% share in Farm Brands with its Silverstream rendering plant in 2015. SFF continues to operate its fellmongery plant processing pelts in the South Island. The other member of the big four, ANZCO Foods, sends all its hides to Whanganui based Tasman Tanning, although last year’s purchase by Tasman of 75% of Washdyke based NZ Light Leathers in partnership with ex ANZCO CEO Mark Clarkson hints at a possible location change for the South Island hides.

Greenlea and Wilson Hellaby’s decision to buy the Wallace tanning operations is an unusual example of meat processors investing in rather than divesting a capital intensive, but not necessarily core part of the industry and is a positive sign of the companies’ faith in the future of tanning. According to Wilson Hellaby CEO, Fred Hellaby, it can be hard being a third party tanner, bidding in competition with other tanners, and the purchase provides an opportunity to increase the business scale, as well as certainty of supply to a facility with current consents for effluent disposal. However in spite of negotiating a good price, Hellaby says the plant needs a lot of money spent on it to bring it up to the required standard.

Greenlea already sends its hides to Waitoa, but Wilson Hellaby currently has a contract with Tasman Tanning to process the throughput from Auckland Meat Processors. While Hellaby would not say whether this will change, ownership and location suggest it is inevitable Waitoa will take over the processing contract sooner rather than later.

Tasman is the only company which produces finished leather from a substantial proportion of hides processed with the balance of its production sold to overseas leather manufacturers, although Covid-19 has put a dampener on traditional end uses for car upholstery and shoes. Competition also comes from so-called vegan leather (vinyl) which ironically is a product of the oil industry, although there appears to be a recent trend back to traditional leather, possibly a signal of a return to old consumer values in the aftermath of the pandemic.

The other large player in the hide and pelt industry is Lowe Corporation which was formed in 1998, following Lowe Walker’s sale of its meat processing plants to Richmond, and acquired Colyer Mair in 2001 and Te Aroha Skin Processing in 2004. It has six plants across the North Island and one in Christchurch covering the range from wet blued cattle hides and calf skins, pickled deer skins, sheep and lamp pelts to salted sheep and goat skins. Lowe increased its volumes substantially when it acquired SFF’s business in 2014, but this contract is rumoured to be up for renegotiation in the foreseeable future. Any change to this arrangement would cause further disruption in the tannery sector.

The most influential independent renderers are Glendenburg Holdings, the third investor in the Waitoa site, which has other North Island rendering plants and Farm Brands in the South Island with plants in Timaru, Dunedin and Silverstream. Until last month Farm Brands and Wallace Corporation held their rendering operations in a joint venture formed in 2017, but the sale of the North Island assets to Glendenburg occurred at the same time as Farm Brands retook full ownership of the South Island business. Farm Brands is 75% controlled by Italian company Sapi S.r.l and the Spence Family which owns 25%.

While co-products are now apparently in settled ownership, the rendering side is in better shape because of the relatively stable market demand for tallow and meat and bone meal for animal feeds. Tasman Tanning and Lowe Corporation will compete for hides from meat processors without tanning capacity, but demand for sheep and lamb pelts seems unlikely to improve any time soon.

This combination of factors will ensure farmers cannot look forward to much improvement in the meat schedules as a result of global demand for co-products.