There may be as much as a 20% cost saving using clover over nitrogen fertiliser, but animal welfare issues will need attention. And will the push for agritech really raise exports?

There may be as much as a 20% cost saving using clover over nitrogen fertiliser, but animal welfare issues will need attention. And will the push for agritech really raise exports? 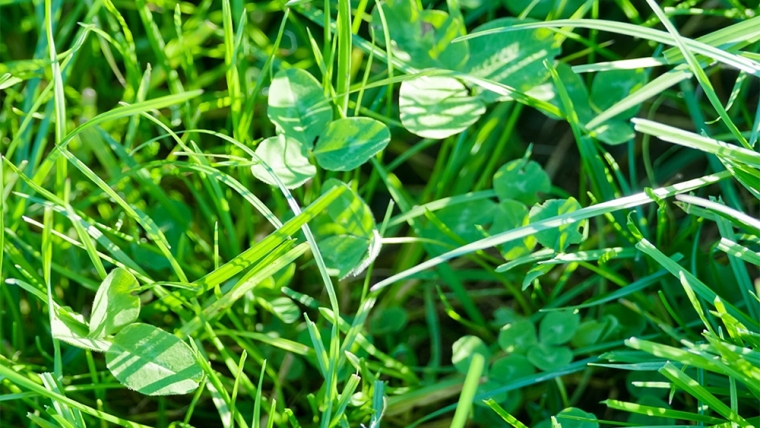 The recent limits on nitrogen, which requires a farming system to meet the new 190kg cap, have brought clover usage back into focus for dairy farmers.

The application of nitrogen does not come cheap and particularly on hill country getting the efficiencies required to justify it is more difficult than on flat country especially in climates with adequate rainfall or irrigation. Finishing blocks and post drought pasture management are where it is commonly used.

Dairy farming, however, is a different beast and levels of nitrogen applied are considerably greater with rates 400kgs of nitrogen per hectare not being uncommon. One of the additional benefits of nitrogen was reducing the incidence of bloat in cattle.  Dairy farming relatives recount being able to get Christmas Day back once they started applying nitrogen as the extra grass grown suppressed clover growth and clover was a major contributor to bloat.

It will be interesting to see how the new regulations treat the use of legumes with Lucerne also in the frame with clover. A  healthy pasture clover sward can ‘fix’ the equivalents of over 200kgs of nitrogen per hectare and for a lot less cost than the ‘bag form.

A recent cost analysis paper put out by Germinal’s New Zealand General Manager Sarah Gard suggests that New Zealand farmers can economically reduce their synthetic nitrogen use by switching to greater use of clover. “Our calculations show that the nitrogen inputs into a system with a nitrogen fertiliser application rate of 250kg per hectare per year, combined with a low clover sowing rate, would cost approximately $1580 per hectare during a five year period,” says Gard. “By comparison, a system with a nitrogen application rate that meets the new 190kg cap and which has a higher clover sowing rate would have nitrogen costs closer to $1250 per hectare during the same five year period.”

There is recognition that the animal welfare issues around bloat could become an issue hence the lower sowing rate to reduce the percentage of clover in the pasture sward.

According to the Agronomy Society of New Zealand, nitrogen losses are lower from farm systems that are more reliant on clover than applied fertiliser – reducing a farm’s environmental impact. Presumably this will satisfy the regulators at least for some time to come.

The government is putting some money into the agricultural industry, in this case via the agritech sector.

The agritech sector is set to benefit from Government investment including:

“We want to grow a cluster of large agritech firms that can take on the world, and build on New Zealand’s agricultural strength,” Phil Twyford said.

The support to the sector is a laudable goal and the benefits can be widespread as the diagram below taken from the 50 page document outlining the vision illustrates: 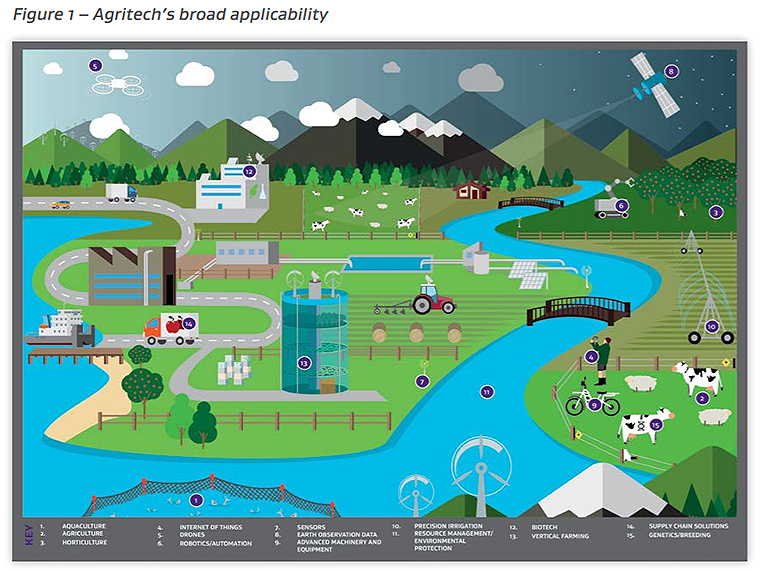 One of the problems I foresee, and I also cannot see any real solution to this is that the incorporation of technology into agribusiness systems is expensive and generally requires two immediate factors.

The first is profitability to be able to afford technologies and the second is scale to spread both the efficiencies and economic costs over. This unfortunately means that it can be difficult for many of the average ‘family farms’ to adopt many of what can be seen as labour saving and production increasing technologies. They may well pay for themselves over time but with limited cash flows smaller farms cannot afford to carry the cost for this period.

Another problem is many ‘family farms’ are staffed by elder persons who may not be as so inclined to adopt new technologies and also have less working time to reap the benefits. Given that it has been the ‘family farm’ that has carried the farming sectors through recessions by ‘knuckling down’, something corporate farms have more difficulty in doing (just look at LandCorp's books over time), and it has been done by largely not spending. I fear that many smaller farms will not see the benefits, and this may be another nail in their collective coffins as farms are driven to grow larger - a trend which has occurred over most farming systems over most countries. However, this is not a reason to support the agritech sector and enough in New Zealand will adopt and provide a base to hopefully increase exports where the greatest benefits to the agritech sector will come from.

Perhaps surprisingly, over the last 4 -5 years the value of agritech exports has barely shifted as shown in the below graph. Given the high involvement so many sectors have in New Zealand agriculture waking up this potential resource seems well over due. 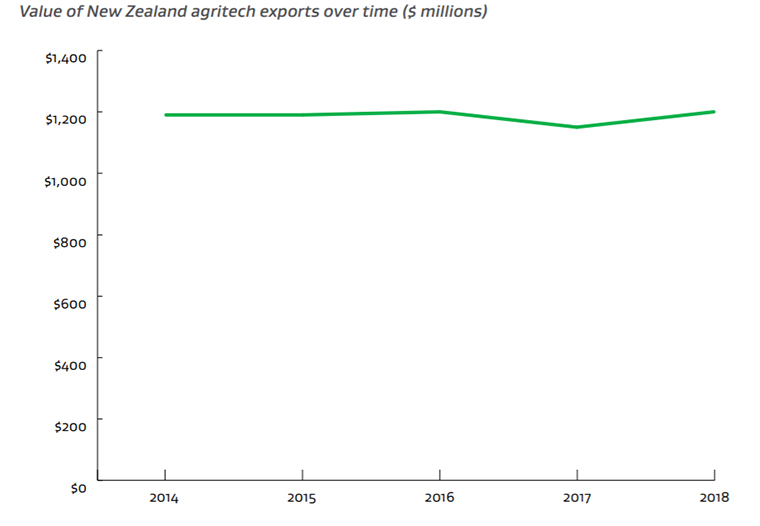 I'm still yet to see any politician or scientist get vocal about urban nitrate discharge. Countless Auckland beaches too polluted for marine life, let alone swimming. What gives??

The amount of trash on the road sides here in Hamilton is disgusting. Was good during lock down the as soon as we came out of it Boom straight back to being a shit hole. Townies just ignore their own back yard...

But them Beach discharges, the Authority concerned will inform us, are Consented. Every time it rains.....

Different set of rules for council as per usual

I think this article by Doug Edmeades hits the nail on the head regarding Nitrogen caps.

It feels like it’s just more appeasement to the Greens with no real science base.

This is an advertisement for a seed company !!!
Germinal is a seed company, that would you believe sells clover.
https://germinal.co.nz/products/clover/

So where do the claims of…… “Dairy farming, however, is a different beast and levels of nitrogen applied are considerably greater with rates 400kgs of nitrogen per hectare not being uncommon.”…….. come from?
https://www.dairynz.co.nz/media/5792465/figure_2.png

Why does Germinal use twice the average NZ dairy farmers nitrogen rate in the very obscure analysis?

I really dont know an awful lot about dairying these days, but doesnt a system 5 use a lot of bought in feed and crops? So a system 2 or 3 which relies more on pasture would probably use a lot more N? I was wondering if at both ends of the scale 1 and 5 use less than normal and those in the middle use heaps. I look around and that bright green pasture that gets dosed monthly and looks ridiculously sick the moment it goes dry isnt living on potassic sulphur super or the like.

Stevell i agree. 400kg of N is crazy amounts. 125kg applied annually would be approx 4x applications of 30kg which would be about right. An application will have lasting benifits for approx 6 weeks. Thats 6 months of N fuelled growth. Any more would start to be wastefull and inefficient to my experience. This is all well under 190kg N per year. So 190kg allows for people to apply an extra 2x dressings of 30kg if they feel like throwing some money away at that point. ( basing this on 65kg urea applied to give 30kgN. This was stated at Linclon uni as most cost efficient rate of N to apply). All just from my experience.

I love how Keith Woodford responds to comments and criticism on his articles, Guy seems to just pocket the cash from his clover seed advertorial and move on.

It's a little sad

“We want to grow a cluster of large agritech firms that can take on the world, and build on New Zealand’s agricultural strength,” So this time will be different? We won't hawk these firms
off to the first overseas bidder waving a couple of fivers around?

Freudian slip - I read the sentence in the article as "The support to the sector is a laughable goal"....

Guy, a couple of comments re nitrogen use. Many years ago Lincoln established that on cocksfoot pasture at Ashley Dene, as much as 300kg/ha of N could be applied in split dressings without risk of leaching. I am not far from Ashley Dene, and experimented with N application on old, run out cocksfoot pasture under irrigation. There was no real science involved, I simply marked out a plot and applied about 200kg/ha of urea with the result that the plot grew copious quantities of clover. What I believe happened was that as the clover content of the sward struggled to fix N for the N hungry cocksfoot, it did so at its own expense; when extra N was added the clover was as it were released from its N fixing obligation and was able to pay more attention to developing itself. I had despaired of establishing clover in said pasture, now I simply wang on N little and often. Also, last time I looked, I don't think Overseer has a provision for Cocksfoot.

Article seemed full of myths and legends.
Artificial N does not suppress Clover, as you found research suggests it can be the opposite.
400kgs N per ha? Cropping maybe?
Used 165kgs here last season, was not happy with to get that high but needs must, any dry matter was wanted last year. The best years I've had have been bloat years and would certainly love more clover as it is so much better/higher ME.

Is N fixed by clover not as leachable as bag N , or am I missing something. Surely the discussion needs to be around efficient use of N . For example the feed deficit this autumn just been in Southland resulted in most farmers (sheep beef as well) applying alot of late N . It was too late , by the time this was mineralized it was too cold .

As we know clover is very good for animal performance but our dairy systems seem to measure feed in gross kg dm per ha, N fuelled tetraploid Ryegrass wins every time.

Also as far as technology uptake goes lack of funds is what kills this. Now the cap gain ponzi's over there's no money and banks only like land , not technology or improvements and definately not machinery.