Allan Barber reviews two alternate visions for the primary sector, finding the Koi Tu reports "a masterpiece of practical clarity" with a "clear endorsement ... of the central role of the primary industries and growers in wealth creation and jobs"

Allan Barber reviews two alternate visions for the primary sector, finding the Koi Tu reports "a masterpiece of practical clarity" with a "clear endorsement ... of the central role of the primary industries and growers in wealth creation and jobs" 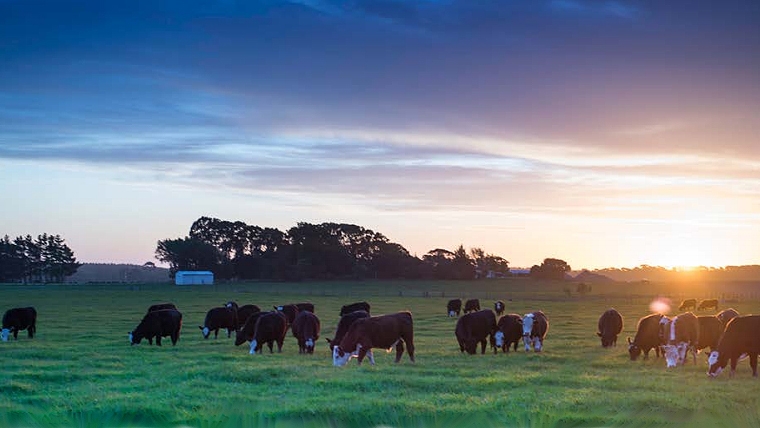 Several organisations with an interest in the future of our agricultural sector have come out with strategies or visions for what needs to be done to find New Zealand’s place in the sun. One such report produced by the Primary Sector Council has been sponsored, one could say hijacked, by the government, and converted by MPI into a set of financial and environmental targets. Another is the result of independent research and consultation. Ideally either the government will engage with the primary sector to agree the best policy settings the industry believes necessary to meet these ambitious targets, rather than insisting on following the plan it commissioned to meet its own priorities.

The coronavirus pandemic and the upcoming Election have to some extent provided a distraction from the pace of environmental change, but nobody should be under any illusion - this will undoubtedly accelerate when a new government is in power which at the moment looks like a Labour/Greens coalition without the NZ First handbrake being needed to govern. There is a small window for the primary sector to argue for its preferred future direction.

Two recently launched strategies recommend a path for the future: PSC’s vision Te Taiao – Fit for a Better World which, in the document just released, has become a Roadmap for Accelerating our Economic Potential and is a mishmash of general strategies and specific financial objectives; and Auckland University think tank Koi Tu’s challenging paper on The Future of Food. Both reports recognise the government’s Carbon Zero and Essential Freshwater bills and the primary industry organisations’ climate change commitment He Waka Eke Noa, but the final version of Te Taiao picks up the misguided government methane targets.

Two years after its formation the PSC has achieved what it was tasked to do, having developed a Vision and some first steps. The initial report was completed last December, with the stated vision of putting Te Taiao or the natural world at the heart of what we do, respecting and nurturing land, water, air and biodiversity, while pursuing regenerative agricultural practices, producing outstanding products and communicating the Aotearoa New Zealand brand.

The report has now been adopted by the government and turned into an action plan which undertakes to revolutionise the sector by diversifying away from undifferentiated commodities and producing as yet unidentified billion dollar products. By 2030 the goal is for the sector to have doubled the current value of exports and businesses and production systems will be almost unrecognisable from today, while science, technology and tertiary education will have changed beyond measure within five years; this will partly be achieved by adopting regenerative agriculture and respecting the natural environment. These objectives are undoubtedly worthy, but there is a massive leap between intention and realisation.

The more sceptical observer will doubt whether the increased export target is possible in the face of other policy settings such as the unjustifiably penal methane reduction targets and carbon incentives at the expense of traditional sheep and beef farming on hill country. It is ironical these two policy settings directly threaten New Zealand rural communities as well as grass fed prime lamb and beef production, two of the products best equipped to capture premium value from the world’s wealthier consumers. The objective of achieving a step change towards coordinated scientific research, tertiary education and business systems also appears optimistic, although it would undoubtedly result in a substantial improvement in industry capability.

Koi Tu is avowedly apolitical and its paper, The Future of Food and The Primary Sector: The Journey to Sustainability, is the sixth of a series of discussion papers under the umbrella heading The Future is Now, based on the belief New Zealand can become a global thought leader by building a compelling and authentic narrative in the post-COVID world. In contrast the PSC was appointed by the Minister of Agriculture early in the parliamentary term to produce a report which has been adopted and polished to meet the government’s policy objectives.

Koi Tu’s paper stands on its merits without glossy pictures and diagrams, but makes its points succinctly and coherently. Its ten required components are a masterpiece of practical clarity, including among others agreement on goals for sustainable and renewable agriculture, a clear sustainable origin brand, investment in science and technology related to food production, food safety and traceability, investment in broadband connectivity, requirements of primary sector workforce and rural communities, and, most critically, “clear and unequivocal endorsement to the nation of the central role of the primary industries and growers in wealth creation and jobs for New Zealand.”

The industry groups that signed up to He Waka Eke Noa would be well advised to adopt Koi Tu’s stated pre-requisites for the primary sector’s future success and sustainability and put their combined efforts into ensuring buy-in from the government on what ought to become the sector’s vision. Agreeing to Te Taiao as the country of origin brand may even persuade the government to adopt the rest of the recommendations.

While I am still of the opinion different bodies are important to represent the needs of individual primary sector branches, there are times when the general interest is better represented by a single voice. This is one of those times.

Carbon Zero will head the same way as RMA.

As policy Zero Carbon 2050 is debunked here:
Internationally we are laughed at (see 49 min mark).
https://youtu.be/VxWYglbtqnQ

16% GDP cost & failure of energy policy will blast us back to the stone age.

Climate change crisis is reframed as no crisis here on the Ecan web site and the Canterbury Climate Change model.
https://ecan.govt.nz/your-region/your-environment/climate-change/climat…

The thinking around the NZ "Brand" is faulty, unless the message is purely for domestic consumption...
Any brand boffen will tell you the image and perception of a brand is held in the mind of the customer, the customer being the off shore buyer... and in NZ case the market gatekeeper (supermarket buyer, ingredients purchasing manager...).

The NZ govt need be facilitating r&d collaborations:
To solve the energy equation.
To enhance supply chains
To focus on product quality ( that brands can be built on). - avoid Synlaits cheese problem....
To focus on re segmenting products and new segments & product/process innovation...

Good article, thanks. When I read the Te Taio stuff I thought it looked pretty woolly, all good intentions, no real detail on how to actually achieve any of it.