Angus Kebbell talks to viticulturist Emma Taylor about the consequences for the wine industry of a closed border for plant imports, and how that is encouraging local development to avoid biosecurity risks, on sustainability and on genetic diversity

Rural News
Angus Kebbell talks to viticulturist Emma Taylor about the consequences for the wine industry of a closed border for plant imports, and how that is encouraging local development to avoid biosecurity risks, on sustainability and on genetic diversity 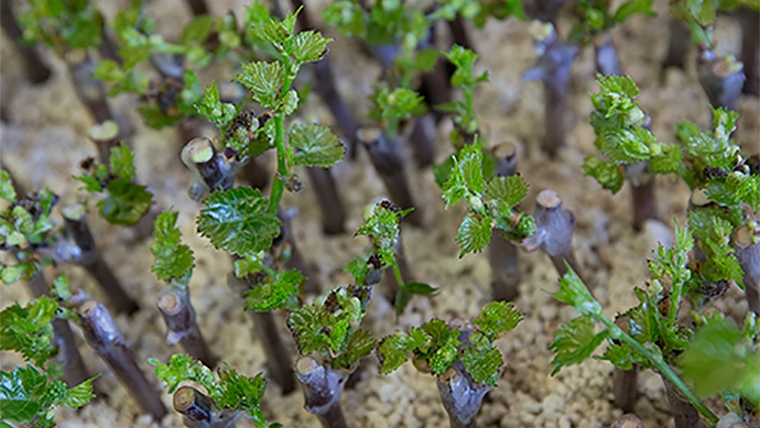 Hawke’s Bay has a diverse and varied landscape, situated on the Eastern side of the Ruahine mountain range in New Zealand’s North Island it is well known for it’s full bodied reds and rich complex chardonnay.

In the second instalment of Hawke’s Bay viticulture I am talking with Emma Taylor who is the General Manager of Vineyard Plants, who supply vines to New Zealands wine industry, and I take a closer look at sub regions that make up this superb wine region.

Hawke’s Bay is diverse and the growing conditions vary dramatically in the region. In the North you have The Esk Valley with it’s narrow opening to the sea which provides excellent shelter, and it produces the region’s earliest ripening grapes due to warmer sea influences and air drainage. Predominantly alluvial silt with pockets of silty gravels, plantings here are dominated by Merlot, Chardonnay, Malbec and Cabernet Franc.

The upper reaches of the Ngaruroro River Valley shelter the inland, elevated terraces of Riverview, Crownthorpe, Matapiro and Mangatahi. These produce some of Hawke’s Bay’s finest Chardonnay’s. Pinot Noir has also been planted here and producing quality fruit.

Some of the region’s earliest wineries began in the Heretaunga Plains, which include the extensive plantings at Korokipo as well as Taradale and Meeanee where the history of Hawke’s Bay winemaking began. Further inland is Bridge Pa, Gimblett Gravels and Ohiti. These areas were formed over several thousands of years by the changing course of the lower Ngaruroro River as it left red metal, free draining alluvial soils, gravel and stony terraces. The accumulated heat and daily temperature range, together with the free draining qualities of the soils are the reason many of Hawke’s Bay’s wineries and vineyards have established plantings of Merlot, Cabernet Sauvignon and other red varieties here.

The maritime influence of the Pacific Ocean extends into much of Hawke’s Bay, the two grape growing areas located right on the coast enjoy the full effects of the temperate climate and long growing season. The gravelly soils of Bay View in the northern Esk River Valley area and Te Awanga in the South are well regarded for their quality Chardonnay grown and early ripening reds.

The Tukituki River flows behind Havelock North and has built up a series of river terraces on both banks. Although predominantly planted in Chardonnay and other white varieties, the valley has a long history of producing premium red wine. There is serious potential for further vineyard development on the eastern side of the Tukituki river to the south east of Havlock North.

The Tutaekuri River Valley has a diversity of soil type and growing environment that is mirrored in its equally diverse range of plantings. The plantings are dominated by Chardonnay, Sauvignon Blanc, Merlot and Cabernet Sauvignon. This river valley includes the Whitecliff, Woodthorpe, Dartmoor Valley and Moteo areas  has shown some of the highest growing season temperatures in the region.

To get the full story and hear about Emma’s interesting operation, download the podcast.

Emma is a good kid, I remember her from her Villa days. I still think cost of establishment and corporate dominance are major hurdles for new entrants.