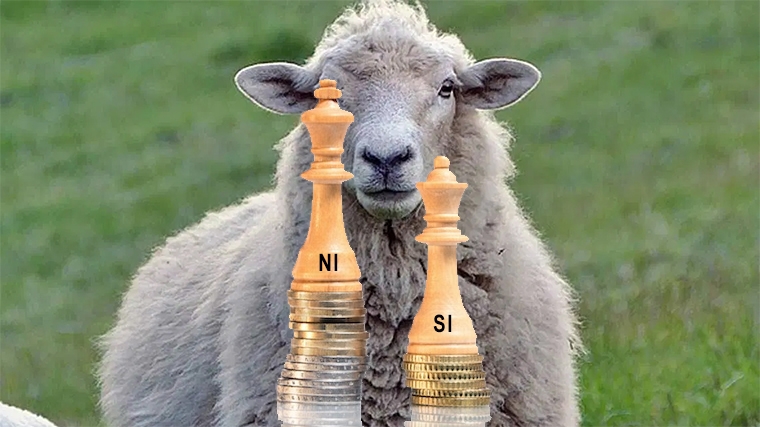 In the process of compiling livestock schedules over the years one thing has consistently stood out. That is 9 times out of 10 for sheep and beef the North Island livestock obtains a premium over the South Island equivalents.

In a quiet moment I tried to make some sort of sense as to what drives this difference as it has existed for as long as interest.co.nz has been collecting data (12 years ago last week). There were a couple of things that occurred to me as possible drivers.

This second principle actually goes against what meat companies have been telling farmers to do; that is, be loyal to your chosen processor that way more efficiencies are captured, and everybody wins. Actually, following what the processors are saying, this should also lead to fewer ‘owners’ (the driver of the first principle) as works become more efficient and amalgamate.

The actual differences are based on the recorded schedules, and although these don’t capture all the processors but I believe enough to make some basic assumptions as both SFF and Alliance are included and they won’t be to out of step with the average of all the works.

The graphs and data represented below go from the current schedule back mid-January 2018. However, as stated, the same pattern continues back to the beginning of data collection. (The COVID-19 lock down had little impact as the works did make price adjustments which followed the usual trend and subsequent prices, while back on last year, are following similar patterns as previous years). 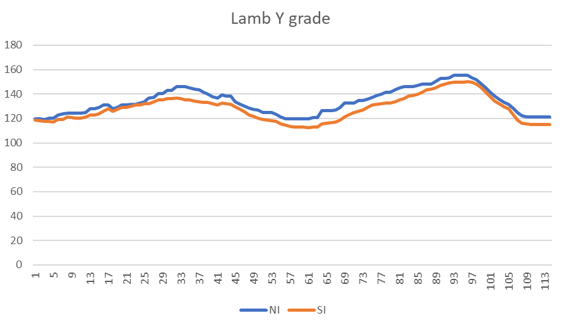 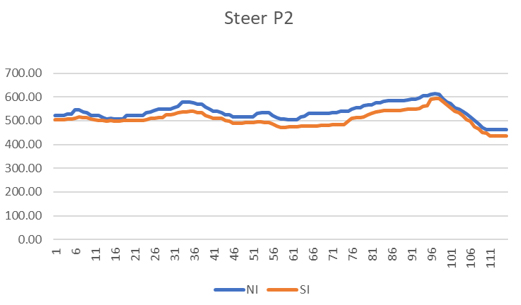 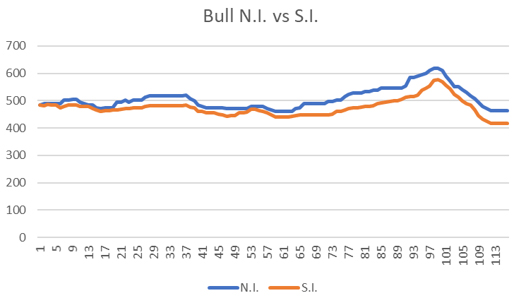 So, looking at the number of individual livestock processing sites in each Island there was a marked difference. Using Beef+Lamb NZ information the following table can be created.

Their data also included bobby calves, but for this exercise they were ignored. As can be seen there are nearly 50% more sites in the North Island. At this stage it is worth mentioning that no study of the throughput of stock was done and so the true capacity cannot be compared which I admit to being a deficiency here.

However, on the surface at least if there is not more capacity then there is certainly more competition with 14 identified different ‘owners’ in the North Island versus 10 in the South Island and the smaller companies in the South seemingly to be significantly smaller than the ‘big boys’.

In total the number of plants with sheep capability in both Islands’ are similar and so plant numbers do not appear to be a reason for the extra competition in the North Island. Especially when it can be shown that differences in sheep numbers between the island is remarkably little. 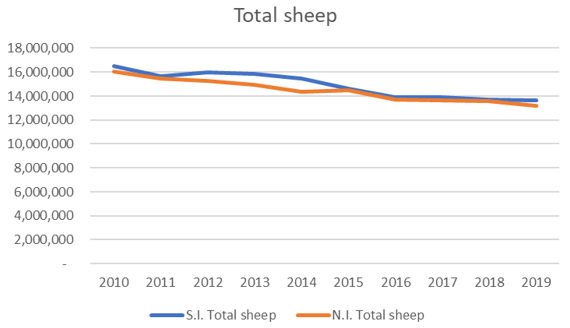 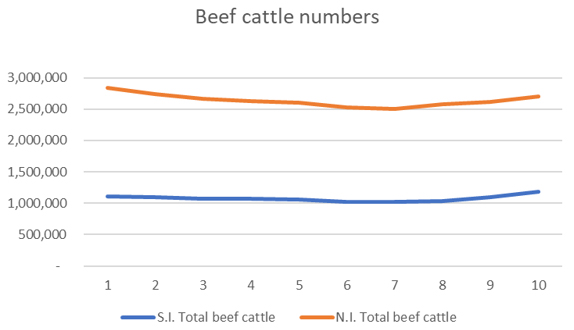 The other data set which provides some insights are the weekly kill data, again published by Beef+LambNZ. It shows that the North Island processing numbers for lamb are considerably ahead up until mid-December and then the South Island numbers take over and through the autumn period are considerably ahead. This makes the South Island kill a lot ‘peakier’ than the North Island and at a time when the schedules are traditionally at their lowest point, driven by this supply.

This would help explain why over a 12-month period South Island lambs achieve a lower average price but not a consistently lower price throughout the season, as shown by the graph. Presumably, cattle follow a similar pattern as it is driven by biological imperatives; that is, getting rid of the bulk of livestock before winter.

So, with sheep there is a similar visible capacity for processing versus the number of lambs in both Islands and cattle look to be at a similar ratio. Seasonal peaks shouldn’t overly influence prices over the year, so, the only obvious thing left is the make up of the meat companies.

The North Island has a lesser impact from the co-operatives with Alliance only operating in the lower North Island and SFF having most of its plants doing beef only and again both sheep plants in the lower North Island. I would have thought the lack of co-op competition would have had a reduction in the competitive environment rather than the reverse which given the greater ratio of co-op plants in the South appears to be happening. The co-ops do have a top-up payout at the end of the season (some years) and that would help the South Island to a greater degree than the North, based upon the processing numbers. But that will only be a degree, with of both Islands’ largely cancelling each other out.

As stated the North does appear to have more specialist plants and this may/should lead to more efficiencies and cattle, where most the specialty occurs, has a greater price differential than lamb. So some potential here, perhaps.

So, the only other reason I can come up with is - because they can.

Perhaps of interest is that the Progressive local trade price is always far closer between Islands than the export schedule and given the human population differences this is one area I could believe the North Island would achieve a premium. Most times they do but not to the same degree as the export price.

I for one would be interested if anyone can come up with a counter proposal or shed further light on the issue. South Island farmers do not seem to be rattling their sabres - however at the end of the day they can’t do a lot except ask some questions at co-op AGMs.

I was always told it was because the Sth Island is so seasonal. It must come down to lack of competition too but mostly, down south the autumn kill is such a large percentage of total kill.

Friends down south keep telling me there is no money in the bull industry when up here probably still by far the most profitable. You can get $5.50 a kg for bull ( $1760 a head for 320 kg animal )and you should be able to buy a wnr for $450. 1300 $ margin over two years I would think was good better if you can kill them at 18mths.

The Nth Island industry is bring a lot of animals up from down south, last week ferry was full of trucks lots of ylg bulls. Lambs have been coming up too, friend in Nth Canterbury kills all his cattle in Nth Island.

Lamb runs to three markets. Xmas, Easter & the rest. NI is on stream much earlier for chilled for the first. Supply pretty even for Easter. SI then runs out a longer Autumn for which there is no premium chilled market. Mutton & scrap lambs, Alpha types, top up the tail end of the season.

Easter premiums are pretty much history.

Not close to the industry, but would assume there is a distance to market issue as well... with more demand in Nth Island given the population and ports.

Thanks for the explanation Guy. I have wondered why the differential. Looking at farm values in the South and knowing the extra cost of production to get through winter I do wonder why such high farm values. I reckon if a southerner experienced a King Country year they would tear their hair out sell up and move north immediately.

I believe there are a number of reasons.
The North Island operates on a 'swings and roundabouts' approach to pricing. They sell a higher proportion of cuts into the chilled trade and winter trade and use that retained earnings to top up their schedule and maintain throughput through the rest of the season.
We have aggressive efficient private processors such as Greenlea who drive prices along as competitors choose to maintain parity to retain market share.
Market share motivates some processors more than profitability.
A number of processors including SFF will at times ignore profitable purchasing and work on recovery of overheads to justify pricing. Their justification is that a return that is above direct variable costs that contributes to offsetting factory fixed costs is better than nothing.
In sheepmeats there is a higher proportion of supply by 3rd party contractors whose premium payments may not be shown in your model.

Back in 2006, we had to choose between buying a farm in the Hawkes Bay or North Otago. Farms in the Bay were worth $1100/su and the farms down south were $750/su. When we did the sums, the bottom line was the same.
The NI advantages were:
1) lower wintering costs
2) higher schedules and
3) better beef growth rates (warmer weather)

As both beef and lamb see over 95% exported, the meat goes to the same markets, so it's the reduced processing capacity that means we get lower schedules in the South. Thats why Talleys (was Affco) built a new plant in southland. Once we hit April, the waiting to get stock processed is insane. We send bulls to the NI for killing and get an extra 50c/kg over local processors. While NI cull dairy cows enter the works from January on, nothing much happens in the SI until April.

it does fluctuate, at present I suspect you are close to us in per stk unit prices. I would rather live in Otago for what it's worth, and my friends down south appear to be doing better than us. I don't know if that's droughts or just costs being lower. I think Regional councils are now chasing us all and that's a challenge I would rather not have.
I like the idea of low cost farming operations but the moment we make some money we intensify and capitalise it into our land price. Where I am we are prone to late frosts, they have given us a miss the last few years but they will be back. It's amazing how huge the vegetable seed market is down with you, something hardly anyone knows about.

Possibly South island farmers have more costs to carry stock over winter , so the companies know they got them cornered .

AgriHQ put out a fairly detailed video on their thoughts a few days before this article that from memory provided a degree of counter argument that you are asking for.

This is the video but I think I saw it from their Facebook page: https://youtu.be/PTbrr1Ko5nw