Guy Trafford assesses the strategic options for rural voters in this year's general election. Making sure your choice isn't 'wasted' is now clearer, he suggests

Guy Trafford assesses the strategic options for rural voters in this year's general election. Making sure your choice isn't 'wasted' is now clearer, he suggests 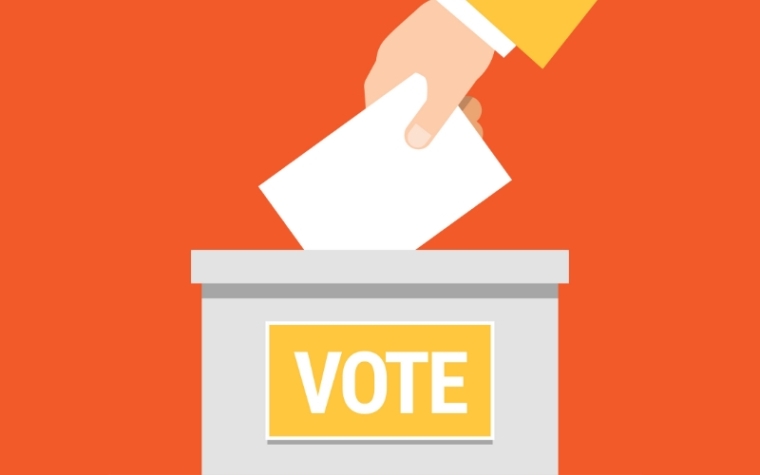 When it comes to voting, an earlier suggestion was that if farmers wanted some representation in government, then voting for New Zealand First was not such a silly idea - the logic being that it was likely that any government would be made up of a coalition and regardless of whether it was to be led by Labour or National there was a reasonable chance NZFirst could be in it.

However, since then NZFirst has struggled to gain traction and Judith Collins in the second leaders debate even went as far to say that Winston Peters, in her eyes, was irrelevant. Jacinda Adern wasn’t quite so harsh but agreed it was difficult to see a place for NZFirst in any new coalition.

One thing that stood out in the debate was how close National and Labour were on many issues especially around social issues, even the earlier differences around the RMA has closed up with both parties agreeing that something needs to change and a review is in order.

With both parties trying to capture the middle ground, where most New Zealanders feel comfortable, it may be seen as a bit of a ‘Hobson choice’ if one of the two major parties are going to get the vote. However, the odds of a grand coalition are extremely remote, too many egos at stake and the lesser party (at the moment National) could find themselves at risk of losing their profile.

At the moment, Labour have their head well in front, but if the past has taught us one thing it is that the closer we get to voting the closer the numbers will get, with National going up and Labour going down.

This result is going to mean that either party will require their ‘junior’ partners to have any chance of forming a government.

Given the similarity of the main parties it is going to be the ‘juniors’ that are going to create the biggest differences between the two potential ruling coalitions. This is of course assuming that NZFirst do not have a Lazarus moment. Even Judith Collins with her belief in miracles thought this was a miracle too far.

For farmers, whoever takes the reins, most of the hard work regarding climate change and water reforms, in regard to legislation, has been done. Although, there is still further implementation to be done. National appear to be backing off some of the hard words of a month or two ago threatening to have the water reforms “gone by lunchtime” - whereas now they are going to review much of what has be done.

With the increasing concern both in New Zealand and abroad about the impact of climate change there is going to be greater pressure on Government to act to reduce New Zealand’s emissions and mitigate the effects. I think farmers may be relieved (eventually) that the legislation around the livestock industry is largely in place as the pressure on the sectors which have been largely untouched up to now will grow. This primarily is around transport emission which is where the greatest increases in GHG emissions in the last decade have come from. Any impacts will affect anyone using a combustion vehicle including farmers. The pressure will obviously be greater under a Labour/Green coalition and this time there will be no NZFirst to water down impacts.

One thing the impact of the Covid-19 virus has done is bring home to the politicians that agriculture is going to be front and centre for the next couple of years in keeping NZ Inc’s head above water.

This should result in some sympathy, hopefully starting very soon, in sorting out some of the chokeholds that are currently preventing parts of the primary sector meeting their potential.

The first and arguably the easiest is to allow more ag workers from the Pacific countries back in. Both parties are making moves in the right direction, but time is running out if all the fruit and vegs are to be picked and dairy vacancies filled. The numbers of Kiwi’s available to fill these jobs appears to be not as great as what it was thought they would be 6 months ago when it was expected the unemployment rate would have risen to around 10%.

However, in June quarter the unemployment actually fell from 4.2% in the previous quarter to 4%. The underutilised rate went from 10.4% to 12%. Those looking for work increased by 39,000 but that does not necessarily translate into being unemployed. The next reporting period is on November 4th and it is likely then we will see a jump in unemployed as the wage subsidy having run its course starts to make its impact. No doubt some of these will end up in agriculture but without international visitors and more RSE workers from the Pacific there are going to be some serious gaps.

Listening to a Central Otago orchardist on RNZ, he said that most start on the minimum wage and only move up when their skills improve, and they make more through piece work. This approach may be pragmatic, but it is not going to encourage some-one to up sticks from Auckland or Christchurch and move to Central in the hope they may make more than the minimum.

One thing we all can be assured of is that there are going to be a raft of issues needing to be dealt with in the coming year and no matter who wins the election they are not going to go away.

So, whoever is voted in, we have to hope they have the best answers. It was (apparently) Joseph de Maistre who said, “Every country has the government it deserves.” This particularly applies to those who do not vote, and they also have lost the right to criticise.

New Zealand tends to get good governments, especially when we look at some governments in other so-called developed countries, and regardless of whether National or Labour get in, I suspect things will progress as they will. But I will be exercising my right, at least then I can criticise with a clear conscience.

There was a good article in stuff today on the orchard employment issue. Basically the contractors orchardists etc think the pay rate is in the late $20/hr while the workers and IRD numbers etc suggest minimum wage.
Today I heard of a local farm worker on a farm getting a bit tired, 70 hr weeks do that to you, especially when someone has decided to milk a winter herd so there's no break. This person was the one original left the others having already had enough.
So no sympathy here for bringing in more suckers to keep wages down.
Not much sympathy for rolling back legislation on the environment either.
Climate change and methane needs real science, including a good look at the whole cycle. Transport needs kicking into the new century, no more roads.

The communist left of Labour/Green is forging ahead on its agenda with a complete disregard for anyone's property rights. While policies at the centre may appear similar, at least National/Act will respect individual property rights.

Hey Willie, the 70s are calling they want you back.

Reds under the beds , that was 50s/60s , wasn't it??
Many farmers dont like the Greens , but they do thier research , and are fairly science based on agriculture.
Interesting , winston brought up losing overseas markets, if we don't meet our international environment obligations( signed up to by National in Paris.

Tui ad right there, please show me their peer reviewed scientific literature - and not just a link to a website with pretty pictures and bagging "conventional" farming.....