Among the many trade negotiations New Zealand is involved with at present, the positions of the UK and EU are particularly frustrating for our negotiators and put market access at risk

Rural News
Among the many trade negotiations New Zealand is involved with at present, the positions of the UK and EU are particularly frustrating for our negotiators and put market access at risk 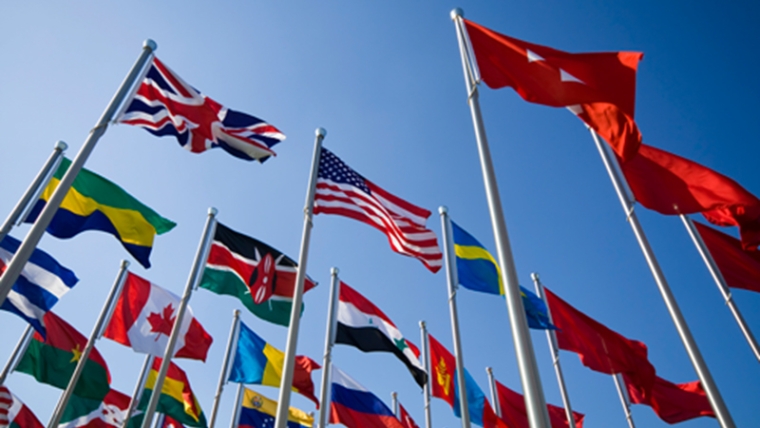 Despite the high profile attempt to maintain flexibility with New Zealand’s tariff rate quotas into the EU and UK post Brexit, this is by no means the only set of negotiations under way at the moment.

MFAT is simultaneously engaged in negotiating free trade agreements with both EU and UK, working with 18 Cairns Group members to achieve commitment to reducing agricultural subsidies, as well as the NZ-Pacific Alliance with Chile, Peru, Mexico and Colombia, and an upgrade of the ASEAN FTA. The PACER Plus agreement between 11 Pacific countries is expected to come into force by the end of this year when a minimum of eight signatories will hopefully have ratified it.

Others include the WTO-based negotiations on Trade-related aspects of E-commerce which aims to facilitate economic growth for both individuals and businesses, while ensuring adequate safeguards for quickly evolving policy areas online, such as personal privacy, consumer protection, data flows, cyber security and customs procedures. The Digital Economy Partnership with Singapore and Chile is also being negotiated at the same time; and then there is the Agreement on Climate Change, Trade and Sustainability which has the goal of using trade rules to tackle climate change and environmental issues.

In the event that isn’t already enough, New Zealand is hosting APEC next year, which has become more complicated because of the pragmatic decision to chair the conference virtually. Policy priorities will be finalised after the election, but key areas for discussion will include pro-growth policies that promote sustainability and inclusion, regional trade integration and liberalisation, harnessing disruptive technologies, and implementing APEC’s post 2020 vision.

This list illustrates the supreme importance of trade to our economy, as well as demonstrating continuing efforts to ensure our agricultural sector is well diversified. A traditional view of our agricultural trading partnerships would assume New Zealand depends disproportionately on a few key markets, like the USA and China for beef, UK and EU for sheepmeat, China for dairy products. While these markets are undoubtedly important, this view is simplistic, especially when our red meat for example is exported to more than 150 different destinations.

One bank economist recently warned meat companies against putting too many eggs in the China basket on the basis of recent trading patterns, but this ignores the huge disruption to normal export conditions since the beginning of the year. When China emerged from the pandemic and the restricted activity around Chinese New Year, the rest of the world was moving into lockdown; with the world’s hospitality trade virtually at a standstill, China’s demand for product was the sole  and shining light, until activity levels in the rest of the world started to recover.

In August China made up less than 30% of total red meat exports which demonstrated tremendous resilience as a result of the sector’s diversification. Analysis by the Meat Industry Association shows exports increased 13% by volume and 5% by value year on year, with highlights being a 13% fall in sheepmeat sales to China more than offset by a 43% lift to the UK and substantial increases in exports to the Netherlands, German, France and Belgium. Beef exports to the United States were at their highest for August since 2015, while there were also big increases to Canada, Taiwan, Korea, Australia and Saudi Arabia. China’s purchases were down on last year because of the impact of African Swine Fever in 2019 and the favourable price of Brazilian beef.

Sirma Karapeeva, chief executive of MIA, said the growth in sheepmeat exports to the UK and Europe highlights why the European Union and UK must not be allowed to split New Zealand’s World Trade Organisation (WTO) country-specific tariff rate quotas following Brexit.

“It also illustrates the difficulty of predicting future trends based on historical trade data. We remain deeply concerned about the proposal for the EU and UK to split the World Trade Organisation tariff rate quotas, which would reduce that flexibility and disadvantage New Zealand.”

New Zealand’s trade negotiators are very frustrated by the unwillingness of the EU and UK to engage in finding a suitable solution to the impasse and, as it stands, the quota split will be implemented as proposed on 1 January, when they will ask the WTO Director General to certify the adjusted schedules. New Zealand and other affected members including the USA, Canada, Thailand, Brazil and Australia among others, will be asked to agree with this course of action, but will reject the request. Chicken, rice, beef and sugar are among the products with quotas to be split.

There is nothing to stop them trading as they are, but it will be embarrassing, especially for the UK which is trying to present itself as a responsible WTO member. The UK also wishes to join the CPTPP as a key plank of its post-Brexit trade policy, but New Zealand, Australia and Canada would reject their application on the grounds they are not ready to join. This would be a serious embarrassment, given the British rhetoric about their intention to liberalise once free of Europe.