Allan Barber is relieved the chaotic fours years are nearly over in the USA and hopes the new Administration can restore some sanity to their policies, however slowly they may be enacted

Rural News
Allan Barber is relieved the chaotic fours years are nearly over in the USA and hopes the new Administration can restore some sanity to their policies, however slowly they may be enacted 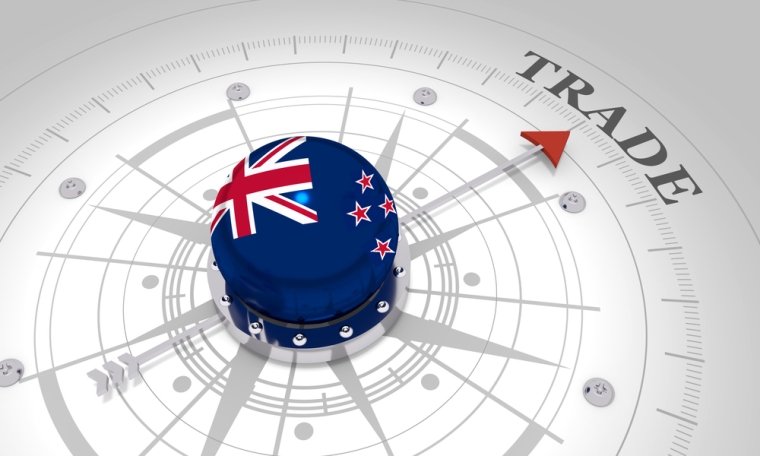 The first week of November saw two major events, one of which only lasted about two minutes, while the other seemed to go on for ever.

The Melbourne Cup was run in eerie quiet without crowds, predictably won by an Irish horse, while the US Election provoked huge crowds, vast media coverage and mounting stress levels. This too was fairly predictable in the end, firstly because President Trump claimed victory early, secondly claimed voter fraud without evidence and lastly refused to concede defeat. The next few weeks will show whether he continues to behave like a spoilt brat or accepts the show is over.

Reaction from around the world to Biden’s victory is almost universal relief, although those well-known democratic leaders, Vladimir Putin, Xi Jin Ping and Kim Jong Un, have been slow to express their congratulations.

The relief comes from the certainty the USA will once more be a reliable member of global bodies, considered critical to the preservation of peace, health and prosperity, such as the WHO and NATO. Biden has already signalled the American intention to rejoin the Paris climate accord immediately after his inauguration in January.

But policy changes in other areas will be much slower because the Democrats may not control the Senate, as was the case during Obama’s presidency, and Biden will be compelled to recognise nearly half the electorate voted for Republican policies. The fact Trump lost the presidential vote cannot disguise the fact the Democrats actually lost ground to the Republicans in the House of Representatives, indicating the presidency was decided by the majority of voters rejecting Trump the man, not the Republican party. Also while Biden has vowed to represent all Americans, there remains a large segment of the population that still believes Trump’s mantra the election was stolen from him, so he will want to avoid antagonising them unnecessarily.

Optimism about the USA reverting to pre-Trump positions on trade and the WTO is almost certain to be disappointed for two main reasons: a Democrat president is unlikely to favour free trade, both because it isn’t natural party policy and the average American does not advocate it, reinforced by a powerful agricultural lobby; and Robert Lighthizer’s replacement as trade representative to the WTO will not be appointed for a minimum of 12 months, the problem being exacerbated by a probable Republican majority in the Senate which will also delay any decision to lift the veto on appointing WTO appellate judges. The best to be hoped for would be a positive statement about readiness to consider the appointment of new judges and also withdrawing objection to the appointment of the Nigerian candidate as WTO Director General.

There are nevertheless grounds for cautious optimism on trade matters because the policy will be more coherent and driven by logic than for the last four years, although US policy towards China is unlikely to soften much. Specifically from New Zealand’s perspective, hosting APEC provides an opportunity to work cooperatively with the United States to build confidence in free trade at home and in a trade agreement with APEC because of its voluntary nature which would not require approval in the House. A voluntary free trade agreement between APEC and the USA could focus on significant health and environmentally green products and services.

Agriculture, Trade and Export Growth Minister, Damien O’Connor, says New Zealand has always had a good healthy relationship with the United States and he expects the relationship with the incoming administration to stay that way, although he hopes contact will become more regular. He agrees Biden’s immediate focus will be on the challenges posed by the domestic economy and the coronavirus pandemic. However New Zealand’s ambitions for a free trade agreement remain in place and O’Connor is, in his own words, “always optimistic.”

In spite of optimistic noises from our trade negotiators and politicians, a formal FTA would be a much more difficult proposition than a voluntary agreement with APEC because of the expected Republican Senate majority and the expiry of the Trade Promotion Authority in mid-2021. The TPA allows agreements to be brought before both houses of Congress for a straight yes or no, but once it expires either house can demand changes which must be voted on, making it virtually impossible to get an FTA through. For this reason and also because discussions between the parties haven’t started yet, the chances of a US-NZ FTA in the next four years are close to zero.

Despite Biden’s expressed support for the Trans Pacific Partnership Agreement, as part of the Obama administration, it met opposition from both Democrats and Republicans before Trump signalled the US withdrawal from it after the 2016 election. By then Hillary Clinton had already rejected it, while its successor agreement CPTPP suspended or modified 22 US provisions, all of which makes the agreement toxic for the USA and unlikely to be ratified any time soon. The prospect of the USA joining the CPTPP probably has even less chance of coming to fruition than successful negotiations for an early FTA.

Relief at the Democrat victory and the anticipated end of the Trump presidency, assuming the result stands after all the court cases and Biden is inaugurated on 20th January, may have to be tempered by a lowering of initial expectations. Biden’s administration will not be able to achieve miracles, but at least there is now a vaccine which will enable the USA and the rest of the world to start returning to something like normal. Biden’s style, as demonstrated by his past record and his words to the nation, is collaborative and unifying which will inspire confidence in the USA once again taking on the leadership of the free world. It has been a long four years.

The Democrats are more susceptible to lobbying and other pressures. Back to Business, as before/usual in the US ?