Guy Trafford observes that when New Zealand producers are required to adhere to higher standards the result is not a general improvement in standards, but a free pass to importers to undercut them. Consumers then side with the importers

Guy Trafford observes that when New Zealand producers are required to adhere to higher standards the result is not a general improvement in standards, but a free pass to importers to undercut them. Consumers then side with the importers 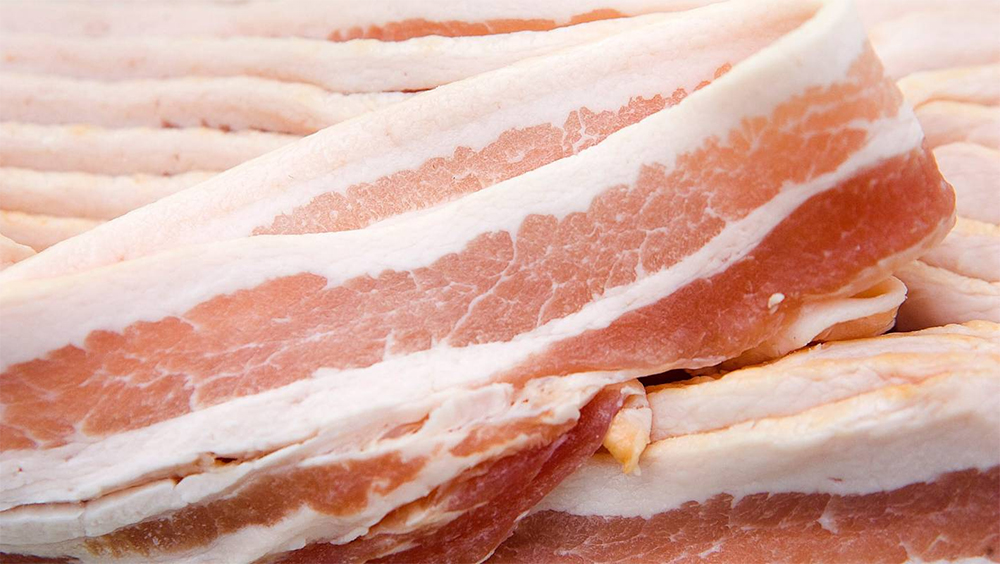 A couple of issues around intensive farming of animals has come to the fore of late. One directly affects New Zealand pig farmers. This is the law around animal welfare for pigs and in particular farrowing crates.

A High Court judge has ruled that the 2018 standards brought in by MPI were “illegal and invalid” as they “circumvented” earlier law changes designed to phase out the practice.

The 2018 rules allowed sows to be kept in crates for up to five weeks (before and after giving birth). The practise was/is done to prevent sows from crushing young piglets and it is reported by MPI that “free range pigs” have an average number of piglets lost of 16.7% whereas those farms using farrowing crates decrease this to 11.9%. (As a point of interest this alters the number of piglets lost for a litter of 16 by 1 piglet).

Most people would at least feel uneasy about the practice and I suspect when it comes to piglet survival it is not as simple as an either – or situation and there is likely to be a middle path between outdoor farrowing and the use of crates.

From my perspective, one of the biggest issues is the inconsistency being applied by purchasers of pork. This goes from the supermarket chains down to the individual consumer. Using a 2018 study, Countdown, who use only free-range fresh pork, charged $16.99 per kg whereas the Mad Butcher was charging $6.99 for similar imported cuts. Over 60% of all pork consumed in New Zealand is imported and the cost of the product largely drives consumer behaviour, despite what they may say.

Also, overseas production systems by and large have lower animal welfare standards than New Zealand as well as lower costs through being at least having some of their costs subsidised. In the EU only Norway, Sweden and the UK have a complete ban on the use of sow stalls. Germany has just brought in a law reducing their use from 35 days to 5. Much of what comes into New Zealand comes from the USA, Belgium, Poland Estonia, Italy, Spain, Taiwan and Australia. Even the Australian standards appear considerably behind the New Zealand latest ones. “ Sows should be placed in farrowing quarters (crates?) before the litter is due, to allow them to become accustomed to their surroundings”.

The problem I have is that when New Zealand producers are required to adhere to higher standards the result is not a general improvement in standards, but a free pass to our competitors to undercut them.

Even the Countdown policy of only selling free range fresh pork while commendable is limited just to fresh and all sorts of other pig derived products (and there are a lot) are still largely produced from imported pork.

New World don’t even bother with this separation.

This same issue was one of the reasons countries like the USA have not imposed ETS taxes on livestock as they recognised that all it would do is push beef production further towards countries like Brazil and Argentina and increase destruction of forests and create larger problems.

Any solution will no doubt be complex and I’m certainly not, at least in the case of intensive battery style agriculture, advocating for a reduction in standards, however, some recognition needs to be taken of the additional costs put on farmers and putting them out of business is certainly not the solution, despite what some would seem to want.

The second issue that should be of interest to New Zealand farmers is the current debate in Denmark about the desire of the state to destroy its 17 million farmed mink. The reason being minks have picked up and mutated the Covid-19 virus and there is a fear that having a mutated form of the virus floating around may reduce the effectiveness of any vaccine being used on people. At the moment there is a stop on the mink cull, although 2 million have already been destroyed, due the uncertainty over whether the State has the right to order such a policy.

It does sound however, as though the Danish government is determined to get the deed done even if it means having to pass new laws to achieve it. Scientists generally appear to be supporting the government move.

Caged mink farming is far removed from most New Zealand farming systems and so what is the concern? Especially, as with farrowing crates most feel uneasy about the practice of keeping animals in confined cages. However, the issue is around animals kept in close proximity to each other and to humans and even many of our outdoor systems are not so far removed not to mention the barn like ones which farmers are being increasingly pushed towards in the interests of protecting the environment.

There are plenty of vested interests that will happily take the threat of new viruses being produced and use it as a reason to curtail livestock systems. Regardless of how great or not the risks may be.

Fur farming, battery hen and farrowing crates are all largely unpleasant and arguably unnecessary practices but getting rid of them I suspect will not be the end of the increasing pressure livestock farmers come under and are just the top of the slippery slope.

NZ. Hypocrisy. We can't drill for our own oil, but we're quite happy to burn a lot of oil to ship it from the other side of the world. Nuts.

Is it difficult to estimate the average cost of imposing a standard in NZ. For example the animal welfare rules related to farrowing crates? Calculate that they increase the cost of production by say x% and then simply add that as an import customs duty. It would then be up to importers to prove their pork is coming from a country with equivalent welfare standards [eg prove it comes from Norway] and then they can claim remission of the extra duty.
Encouraging animal welfare rules that disadvantage high standard countries and our own producers is defeating the purpose of those standards.

I will only buy free range, simple as that. If I eat out I'll chose a dish based on what is free range, Pork or otherwise.

Seems everyone is ready to throw out principles these days, or they simply don't have them.

There are actually two reason to eat organic, or at least free range. One is for the animal, the other is for you.

For a lot of kiwis scarfie it comes down to cost. Not everyone can afford to be an ethical buyer.

Agreed CO - to a point. Take beef, there is no difference between Australian beef prices and NZ beef prices at the supermarket but how many people make the effort to buy NZ? Same with pork. When the average consumer actually starts backing its mouth with it's buying habits NZ producers will be far better off. I agree "free range" or "organic" is pricey but those products are pitched at a different segment, who are incidentally deluded from a nutrient density or environmental benefit point of view. Nzs products are world leading in quality and ethics - shame our consumers are generally too lazy to educate themselves

Not just food either.
We are happy to ban the use of all sorts of raw materials due to what the end product may do to the environment but we turn around and import the finished goods made with these raw materials.
Import duty in reverse.
We want electric vehicles but not the production of the batteries and all it's pollution. Recycling of batteries will need to be done somewhere in a far far away place, out of sight of anyone who might ask questions.
We want wind power generation but not the mining and refining of the "rare" earth minerals required, after all which green party would want to have to explain radio active Thorium tailing ponds to produce "clean" energy.
We want solar panels but happily let other countries pump SF6 gas, one of the most potent manmade greenhouse gases, as needed for solar panel production into the atmosphere, not to mention all the other toxins produced.
As long as it fits the political narrative of the day, everything goes.
Just not in our backyard.

Interesting re. thorium tailing ponds. Thorium can be used for safe nuclear power (that also doesn't result in bomb-making materials like plutonium as a by product). Using the thorium for energy production would make one of those (semi)circular economy things the Greens like to talk about.

This is too simple, in any case that you have a cashed up consumer demographic which expresses a preference suppliers will see this as a signal that they may "add value". In this case getting "the feels" from buying free range anything over the no questions asked alternatives is going to cost you more primarily because the sellers will be setting the price at what the market will stand. Sure they may have higher production costs but margin, margin ,margin. For example, with the recent dry season, farmers were selling off stock they had no feed for and bemoaning the low prices they got. Presumably there was then a surplus of product purchased cheaply by the processors, however I did not detect a notable reduction in retail pricing, can someone explain to me how beef mince is $18/kg?

As for NZ farming generally, that is simple too, current land value is such that ROI is way low, many farmers don't see it as their land was paid for by grand-dad in the fifties and now they only have to make wages for the family. No market for strong wool in particular looks like making hill country sheep farming a zombie industry or pine forest default, we have a lot of it in NZ.

I for one will only buy cricket flour made from free-range crickets, rather than the main alternative which is keeping 'em chirruping away in steel containers......

Substitute Salmon, Mussels, Oysters for Crickets in the above sentence.....it's the oldest conundrum in the world: Hunting, or Farming?

If Māori practised farming rather than hunting we might still have moa roaming in the bush. Farming wins.