Banks are taking substantially different views over their appetite for rural debt, and they are not all based on loan-loss experience. Meanwhile, non-bank lenders are also moving in

Banks are taking substantially different views over their appetite for rural debt, and they are not all based on loan-loss experience. Meanwhile, non-bank lenders are also moving in 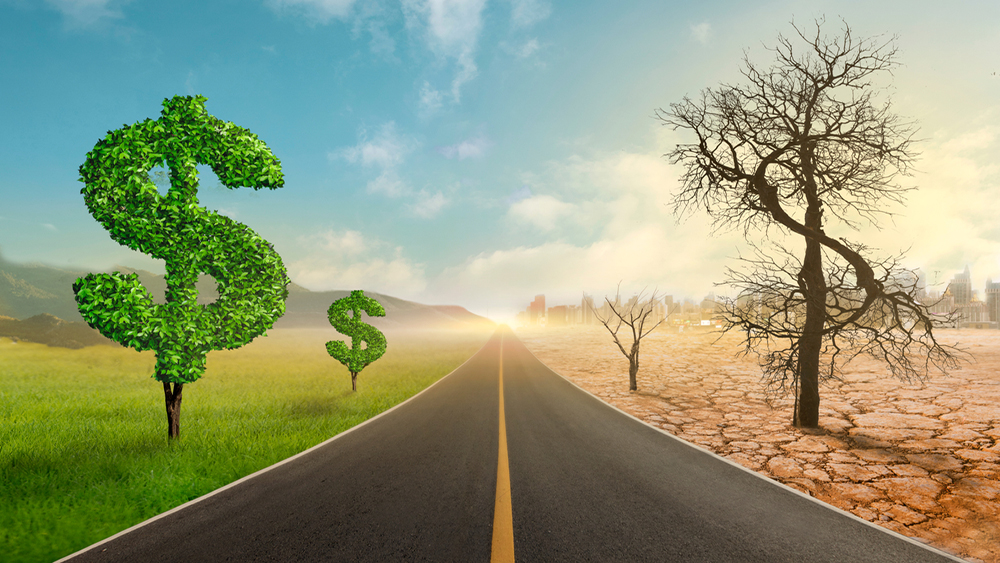 Details about this debt and where is is concentrated, and who holds it, are relatively hard to piece together. The RBNZ has released summary details about the agri sector holdings, and farming lobby groups like Beef+LambNZ and DairyNZ also have details related to their sectors

This article however is looking at the lenders and how their appetite for funding the rural sector has changed over this period. Data for this analysis is based on the RBNZ Dashboard releases. They are currently quite high level, but some interesting trends are emerging.

Firstly, here is the core data over the period of the Dashboard releases so far:

A quick scan of this table clearly shows that four banks have been quite deliberate in pulling back from this sector. Even though lending has risen by more than +$2 bln in this period, those four have reduced their exposure by a combined -$1.3 bln.

The rejection of support by ANZ and BNZ is notable.

It is clear that this move away has mainly been in 2020. And the cumulation of the moves makes them substantial.

Rabobank and Westpac have moved aggressively to pick up both the business being shed by ANZ and BNZ, but also the modest growth in demand for more debt.

Lenders experience of non-performing loans are only a partial explanation of these shifts. Clearly managers have different risk views about the prospects on New Zealand's agri-business sector. 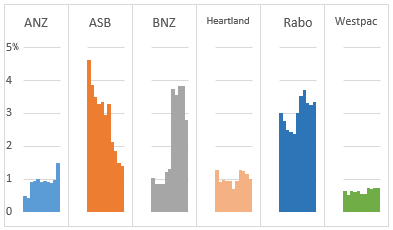 ANZ (and Heartland Bank) are pulling back despite having among the least exposure to non-performing loans. BNZ may be pulling back because its portfolio is causing them some grief. ASB on the other hand is clearly getting on top of its rural credit problems.

But Rabobank's appetite for growing its book is undiminished despite a relatively elevated non-performing section of their overall loan book.

Best-in-class is clearly Westpac, and it is easy to see why they may wish to grow their share.

Market share changes are happening even though they are relatively slow to build. A $2 bln shift over almost three years isn't a lot, but it is happening.

And we should keep an eye on the non-bank moves into this sector. It is still at the margins, but clearly this is where some growing action is taking place.

Actually, that is not strictly correct. Housing attracts a heavy discount for capital support (somewhere in the 20-30% range for risk weighting), all other lending is weighted without discounts like that. The issue really is the regulatory advantage given to housing, not that other lending is 'penalised'.

I know of a client of ASB whos children wanted to buy 400 dairy cows with there present farm as guarantor. They were told no way. When they asked for a mil to buy a house the answer was "Of course!"

The cows would return roughly 400k per annum net I think?? The house if in aucks be lucky to get 50k gross

Good ole ASB offered us a mortgage 25 percent LVR, one quarter of the farm value and we had to come up with the rest. That was the best deal out of the two banks we approached. The other refused a loan lolz that (unnamed) aussie bank is run by bwankers now anyway

Accountant told me these low interest rates are enabling indebted farmers to actually pay some tax, at the cost of depositors.

I think the plan is to sit this out and hopefully the debt situation will slowly correct, the problem I see is, costs and regulation are making us very expensive and low cost producers are getting a lot better a what they do, we have competition coming and still no clear way out of this covid mess.

You say "low interest rates are enabling indebted farmers to actually pay some tax"
Then: "costs and regulation are making us very expensive"

more like snakes and ladders and the board is rigged.

Let's just hope that the milk price does not drop like in 2015 or there might be some forced sales. The world loves nz milk so i don't see that happening.

“I think people are going to be stunned at the speed with which a lot of what’s available in the fruit and vegetable aisle is from a Plenty farm or from an indoor farm,”

As long as the local New World can sell lettuce for $3 each there's tonnes of money in vegetables, just not fro growers.

if it's in Hastings on old orchard land they are grown on a chemical dump, humans are amazingly resilient to ddt. Those big supermarkets I suspect never pay a dollar in tax more than they have to, so anyway around them is fine with me. Sometimes people just need a start in life, gst and tax kills it for many small enterprises.

My summer regenerative crop is doing well but these mixes are too expensive for me to use, i'm going to have to make my own concoction. Been a great season but not a lot of feed compared to a rape crop or Choumoellier crop, we had some of the best summer crops ever when we used to grow giant Choumoellier ( had to look up how to spell that one). so thinking Chou and something else or maybe two or three extras probably C4 plants. Stuck with 100 bulls on all over 400kgs, no body wanted them, they did super well on the Regen mix for winter, that was successful but a mild winter to boot. Hoping to carry them to end of May and kill them.
Talked to friend in UK and they are shutting down all the South West, being told they are two months from being vaccinated. The Easter lamb market must be getting blown to bits.

In the States beef has been on a roll, makes you wonder how we lost a 1$ out of the beef schedule when the USA was taking so much extra beef.
Brother in law up the coast is back 80k on his lambs beef could be worse. Quite a big hit for a hill country farm.

'Beef demand the second half of 2020 has been incredible. Beef production was record the second six months of 2020. Beef exports YTD are down 5% and beef imports up 12%. Retail beef prices in 2020 have averaged $6.40 per pound through November, a record. This means the industry sold more pounds of beef domestically for more money than any time in history. This occurred during a pandemic when consumers could have purchased any protein they desired. Domestic demand for beef has never been better and as the industry heads into 2021, that fact is one to embrace'

Uncle Sam is dishing out the dosh, and producers are responding with more production.

'Milk & Dairy Markets
Uncle Sam donned a Santa cap this year, and promised gifts for all. News that Congress passed a $900 billion stimulus package invigorated the dairy markets during the two holiday-shortened trading weeks. Congress allocated more money for the Supplemental Nutrition Assistance Program (SNAP) and other food aid programs, which will presumably allow those who are struggling financially to put a bit more dairy in their grocery carts. The bill provided $400 million for The Emergency Food Assistance Program (TEFAP), a small, unspecified portion of which USDA will spend procuring American-style cheeses and low-fat ultra-high temperature milk. USDA also received $400 million for the Dairy Donation Program to reimburse dairy processors for donations to food banks and $1.5 billion to buy commodities – including seafood, fresh produce, dairy, and meat products – and donate them to food banks. The total for dairy is likely to be noticeably less than the massive government expenditures this year, but it is still significant.'

Last week’s Cold Storage report showed November 30 butter stocks at nearly 252 million pounds, the highest November inventory since 1993. Butter stocks were 39.4% greater than they were a year ago.'
The coronavirus aid bill also includes direct payments for dairy producers. Congress set aside $473 million to help small dairy producers – those who sell less than 5 million pounds of milk annually – top up their Dairy Margin Coverage to reflect recent growth in milk output. The bill also directs the Secretary to make additional payments to medium and large dairy producers whose losses were far larger than the $250,000 payment caps under the Coronavirus Food Assistance Program (CFAP). CFAP was meant to compensate dairy producers for 80% of their pandemic-related losses, and USDA estimated potential payments of $5.39 billion. However, due primarily to the caps, the agency has distributed less than $3 billion so far. '

A banking friend of mine relatively high in agri told me they had a unicorn a month ago. I asked what is a Unicorn? He smiled and said it was an agri account that had beaten its forecast. He explained it was very rare and if 20% of accounts got within 10% of budget it was an outstanding year.