Angus Kebbell talks to Paul Rangiwahia about how his art is used to address wellbeing issues within the rural community. And the scale of NZ dairy industry's carbon footprint advantage is revealed

Rural News
Angus Kebbell talks to Paul Rangiwahia about how his art is used to address wellbeing issues within the rural community. And the scale of NZ dairy industry's carbon footprint advantage is revealed 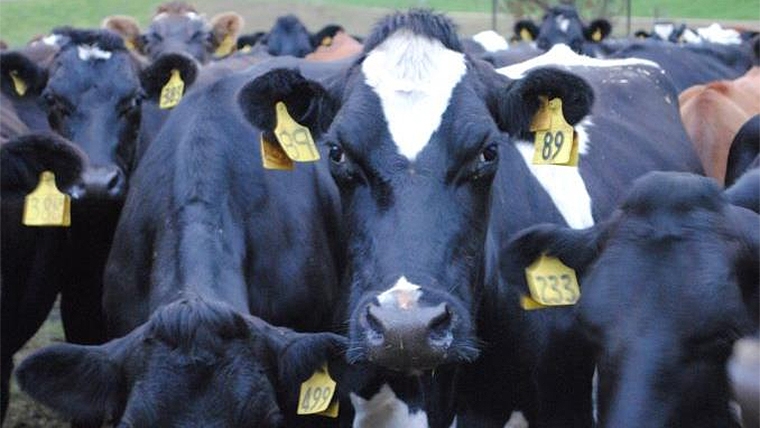 Today we talk first to Paul Rangiwahia who is an artist and wellbeing advocate, uses art to help break down the stigma around mental health, and to help normalise the ups and downs of life that we all experience.

His artwork a “mental WOF” and versions of his work are quickly becoming iconic art pieces. These works have been celebrated by the New Plymouth Council with the permanent installation in a prominent public space. The beauty of art is that it provides commonsense messages that help to get people thinking and talking about things that matter.

Paul has a unique approach to wellbeing that is well respected and gaining in-roads with many within the farming community. Here is the full interview.

Now a shot in the arm this week for our farming community and in particular our dairy farmers.

New research shows New Zealand dairy farmers have the world’s lowest carbon footprint – at half the emissions of other international producers.

This work confirms New Zealand retains its strong position in low-emission dairy milk production, with an on-farm carbon footprint 46% below the average of the 18 countries studied.

It is benchmarking against 55% percent of global milk production, including all the major milk producing countries.

The carbon footprint is measured in total greenhouse emissions per kg of product. The countries selected had published research that enabled a like-for-like comparison.

Dr Mazzetto said it is always challenging to compare carbon footprinting studies, due to different methods in each scientific paper.

“Here, we reviewed international studies and recalculated their footprints in a systematic way, using methods accepted internationally to provide a fair and robust comparison between different countries,” said Dr Mazzetto.

“Bearing in mind, countries may have different emission profiles and different ways of calculating their footprints for milk production, we believe we have reached the best possible comparison from the data available."

DairyNZ CEO Tim Mackle says, "Because we are already so efficient, there is no silver bullet to even greater efficiency. Significant investment in research and development is needed to find additional gains."

Kiwi farmers are world leaders in the production of sustainable, low-carbon milk. This is now underpinned by updated, robust scientific evidence that all New Zealanders should be proud of.

Listen to the podcast for the full interview with Paul Rangiwahia.

Another study showing again that NZ farmers are amongst the most efficient producers in the world of animal protein. There was one done some time ago regarding beef and lamb when the UK attempted to crimp our market there (Carbon Miles) which showed that even accounting for shipping half way around the world, we still had a smaller footprint.

As usual with environmental issues it's a bit more complicated than that though. It's great that NZ farmers can produce milk more carbon efficiently than others but this is "on farm" foot print so doesn't include drying for powder and shipping to China etc, nitrate leaching or the fact the land could be used for something else which would act as more of a carbon sink etc etc If we're going to really look at the impact of dairy products we have to look at all metrics not just one

Fe it's true that a "whole of cycle" method would be useful however the fact remains NZ needs to eat (dairy farms also produce a lot of unneeded calves which are farmed for beef). There is research available regarding the amount of carbon pasture sequesters but it's not well publicised. Bottom line is - you can't eat or drink a pine tree

True, although it's actually reasonably well known that pasture captures carbon and has been for decades (maybe not to Joe public but certainly in academia/research). Whereas arable cropping generally causes a loss of soil carbon.
And it's great that we can produce milk using less carbon than other countries, but most of the stuff we produce goes overseas, so to make fair comparisons with other countries we'd have to work out how much extra impact there is to get it to their markets plus all the other impacts. Just comparing carbon efficiencies at the farm gate seems a bit meaningless. It might be that by including other impacts it might be better for people in say France, to be drinking French milk even though they're not as carbon efficient. Difficult to work out all the tradeoffs between impacts though...

"to make fair comparisons with other countries we'd have to work out how much extra impact there is to get it to their markets plus all the other impacts" - that was done with the "Carbon Miles" saga in the UK sometime ago and NZ still beat them hands down.

Reading this, what immediately comes to mind is Riccardo's theory of comparative advantage, a founding principle of globalisation.
There are few areas in which NZ can be world-class and this is one them. My guess is that the our dairy herd will fall partly as a result of climate change, with ownership increasingly in the hands of the most efficient producers. The herd size will fall, while technology becomes not just more important, but vital in reducing waste both literally and in terms of inputs. As far as possible, we need to move up the value chain.