Guy Trafford looks at the supply indicators for sheep over the next six months. He also assesses the beef supply situation where rewards are likely in 2021

Rural News
Guy Trafford looks at the supply indicators for sheep over the next six months. He also assesses the beef supply situation where rewards are likely in 2021 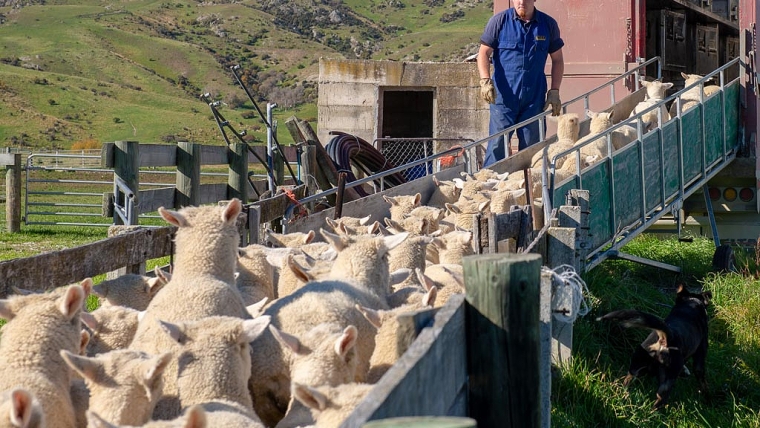 A recent primary products update from Rabobank and the usual flat period on meat schedules has prompted a look into what the remaining 6 months of the season may look like, especially sheep meat.

The lambing percentage last season (Spring 2020) was expected to be down as a result of the impact of drought compounded by the COVID-19 lockdowns which slowed the flow of livestock off farms reducing winter feed supplies and thereby reducing ewe condition and fertility.

New Zealand ewe numbers have been reducing for decades so declining lamb numbers has been the trend. That meant this seasons lamb crop was expected to be down. This should have resulted with increased demand for lamb especially in the second half of the season when the processors have to compete even more vigorously for stock.

What actually happened was that the lamb crop had a near record drop of 130%, this compares to the last 10-year average of 124%. Ewe numbers also were almost static with the year before (-0.1%).

Where the drop came was in ewe hoggets replacements. Many farmers bailed out of them as getting space in works was easier for lambs (hoggets) and those kept were not mated. The result was a -22% drop in hogget lambs or an overall reduction of around 4%. The end result was an expectation of a -4.5% drop in lambs processed to 18.25 million.

Given the lack of works space for ewes last season it perhaps is a surprise to see the forecast for ewe numbers processed was to decline by -10.8% to 3.15 million sheep. I had expected to see numbers up due to additional ewes carried through. So where are we to date?

So far this year assuming the final full year is 18.25 million then to date 6.8 million have been processed or 37.3%. The differences are not huge but would indicate that there will be a few less lambs floating around going into winter.

Despite the drought last year, this year’s weights are also slightly behind last years carcass weights, perhaps a consequence of what for many was a cool dry spring to start the season.

If as I suspect there is going to be a higher ewe kill this year than forecasted, say by +500,000 to 3.55 million, the percentage to date drops from 64.5% to over 57%, but still higher than the past two years average. Either way the high ewe kill to date may mean there are not going to be excess ewes floating around to help top up processing chains.

An unknown to date is what the final balance day numbers for ewes and hoggets are likely to be on June 30th 2021. Last year the total number of sheep decreased an estimated -2.3 per cent (-616,000 head) on the previous year to 26.21 million on 30 June 2020. I suspect we may see more ewe hoggets retained this year to help make up for those processed last year but a greater decrease in total adult sheep. Taking the total increasingly closer to the 25 million. 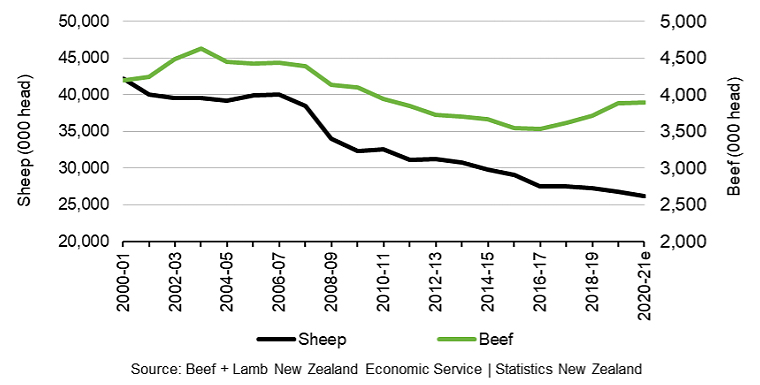 Cattle processed for the year to date are sitting about +4% up of the previous two years average with increases fairly consistent over all classes of cattle, even bobby calves which were up about +5% in the 2019/20 year compared to 2018/19. This is a little surprising given dairy cow numbers at 6.11 million are the lowest they have been for 10 years and the social pressure that is starting to be applied on the bobby calf trade.

Given the relatively higher numbers of animals that have been processed to date on a simple animal supply versus demand basis the schedule should be stable to positive in the future. That is of course assuming market demand remains on the strong side, the dollar doesn’t go skyward and all other of a multitude of things don’t come out of the woodwork.

Rabobank overall have taken a positive if somewhat cautious approach to the future, and that the US managed to pass the US$1.9 trillion stimulus package (on top of an existing US$3 billion one already in play) should mean that processing beef should be in demand in the US and help underpin that trade. So hopefully those farms that have stock on hand and still with feed to give them may get well rewarded this year.

Regarding future beef supply and pricing - I was looking for some sort of conclusion but couldn't see any.
I saw a number of 'ifs' and 'hopes'.
No surprise less dairy beef calves reared as calf rearers' margins have been pretty average for several years and increasing crossbred nature of dairy herd (partly due to increased Friesian live exports) - so less rising yearlings so less finishing cattle next season. Traditional bred cattle numbers from Northland and East Coast will be down due to loss of farmland to forestry.
Poor weaner Friesian bull prices along with strong milk price will not be encouraging increased calf rearing next season.
Farmers being told by articles such as above to be positive but processors paying below the 5 year average price per kg and this is being reflected in the lack of confidence in the saleyards.