Guy Trafford looks at the global trends for beef production, noting New Zealand is a minor producer with a world-leading minimal environmental impact, while the second largest is expanding fast at the expense of its rainforests

Rural News
Guy Trafford looks at the global trends for beef production, noting New Zealand is a minor producer with a world-leading minimal environmental impact, while the second largest is expanding fast at the expense of its rainforests 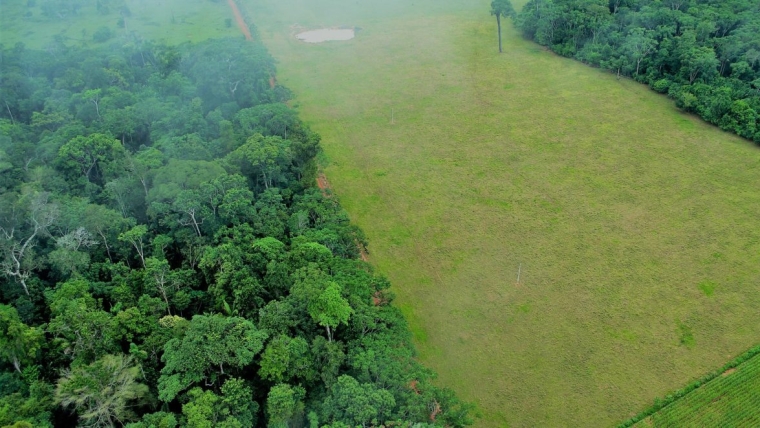 With the pressures on livestock farmers to reduce greenhouse gases and the drive to produce plant and ‘synthetic’ meat substitutes it seemed timely to have a look at global trends around livestock numbers and what is happening and where, starting with beef.

It is probably pertinent to look at the trends here first. Over the last ten years there has been over a 15% variation however the numbers have ended up exactly where they were ten years ago and looking likely to see the trend of the last 4 years continue.

Anecdotally the upward trend is largely due to an ageing farmer work force and sheep do require more labour inputs that cattle. The cost and lack of returns around shearing typify this. 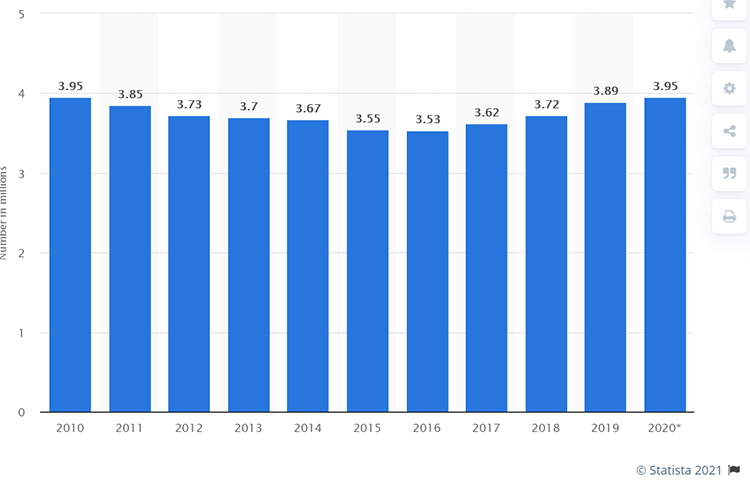 Going back further than ten years to 1994 the trend is quite different with beef cattle numbers decreasing by over 20% from 5 million to the current 3.95 million. This has largely been due to the increase in land being converted to dairying.

As with the trend since 2016 beef production (over 80% exported) numbers have gone up.

Looking at the global picture New Zealand is the 9th largest beef exporter with a herd that is 14th largest. 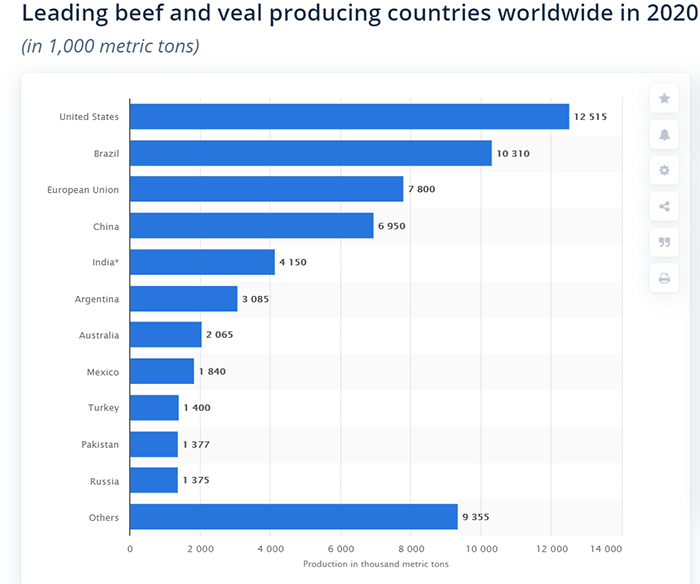 Compared to other large producers we are well behind, remembering this is total production shown in graphs rather than cross border exports where New Zealand always moves up the scales in most of our primary products. The trend for all meat consumption globally continues to increase, largely driven by the China influence however beef is far from the top meat consumed. 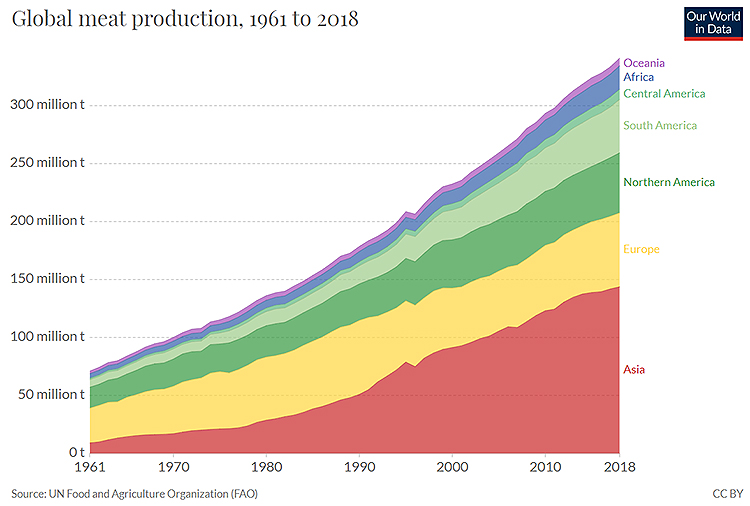 The white meats (pork and poultry) due to their production efficiencies are increasingly outstripping all red meats. And while all the major meat groups have increased in volumes produced poultry has made the biggest gains going from around 12% in 1961 to 35% by 2018. Pork has maintained its position also around 35-40%. 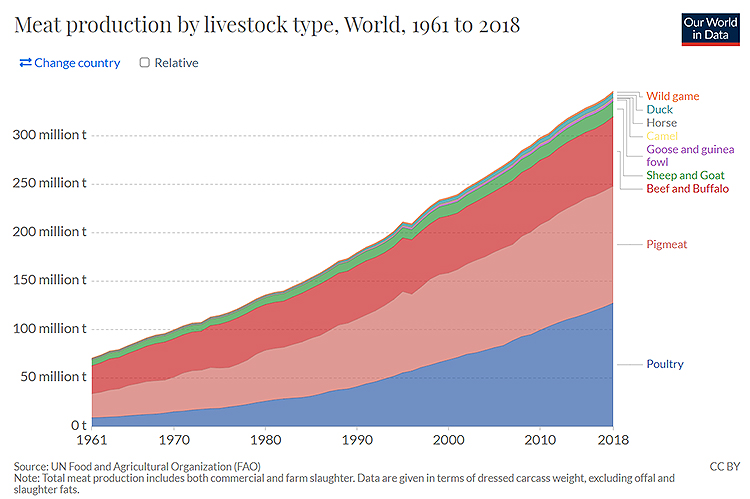 It is perhaps surprising to see that China far outstrips others in total meat production. However, the vast majority of this is pork and chicken. The recent drop on the China scale is likely due to the African Swine Fever (ASF) outbreak which resulted in the widespread cull of the pork herd and certainly lifted prices of other countries and potentially production. 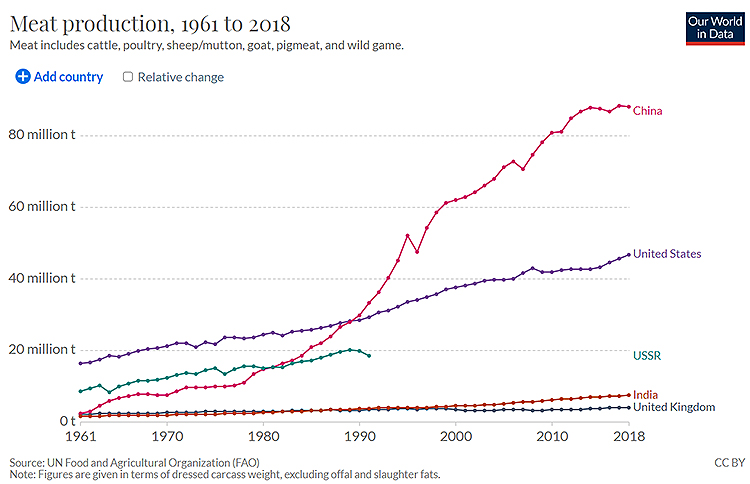 Looking at the prices of the relevant meats pork and poultry have a slightly more stable history with the margin between highs and lows closer than that of beef and sheep meat is the most volatile of the types.

Looking at the major global herds the USA has always tried to follow the cycles of the market although severe droughts have impacted on stock numbers and future forecasts have difficulty in accounting for this. However, the downward trend of the US supply should aid New Zealand producers. Some reports from the US also highlight the increased demand for grass fed and organic beef which should also help New Zealand producers.

Current and Projected Beef Cycles in US

Brazil, the other large beef producer, appears to be on a more expansionary program which is more than making up for decreases by other beef producers. For many the concern is that Brazil’s expansion is coming at the demise of rain forest.

Brazil is now competing head to head with the US on the international market but does not yet appear to be impacting greatly on prices. No doubt China’s ASF issue in the pork industry has aided this and this phase is about to run out so any impact should be obvious soon. However, the OECD reports do not foresee a major issue although the forecast has beef at a slightly steeper downward curve than pork but reports for pork are that its feed costs are likely to increase which may curtail some future production. 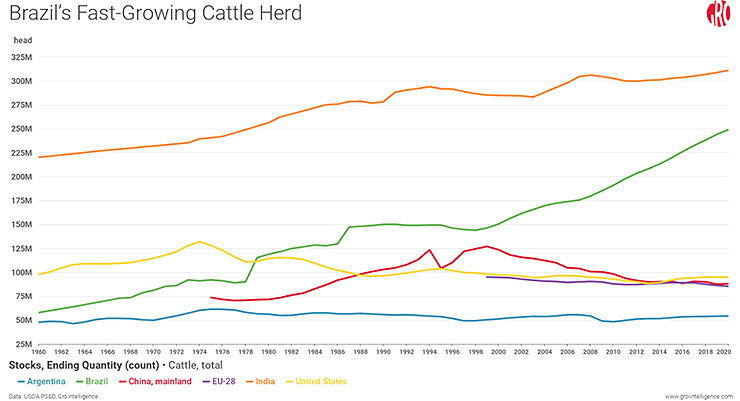 Locally, despite some clouds on the horizon, all in all it appears beef for at least the next decade will operate on a business as usual status with most variations likely to be due to local influences such as climate and processor space.

One of the big picture messages herein is that at least until 2018 (the last year in the key graph) global meat consumption was growing very rapidly.
Another big picture message would seem to be the challenges China has with its own beef industry.
KeithW

Have you a moment to elaborate what those Chinese beef production challenges are? Thanks.

Palmtree08,
I was simply reflecting on the graph showing total cattle numbers in China have declined, and putting that in the context of where additional feed might come from. I have spent time on the Chinese rangelands both in Inner Mongolia and on the Qinghai-Tibet Plateau and it is not easy to see increased production from there. Elsewhere in China the land tends to be too hot, too cold, too steep (it is a very hilly place), used for forestry, or already used for growing crops for humans. So raising beef tends to get crowded out. This is why imported beef to China has grown so much. But I have not really studied the Chinese beef industry enough to be confident I have the full story.
KeithW

I think that soil erosion is one of their(and the world's) many challenges.
https://www.sciencedirect.com/science/article/pii/S2095633920300472#fig5
Note that article is just about water erosion. They have a problem with wind erosion too!

Yes, there was massive destocking of the Inner Mongolia grasslands about 15 years ago driven by the equally massive wind erosion that was occurring.
Once the Chinese decided to do something about it there was no messing around.
KeithW

Another useful picture might be per capita meat consumption?

Yes, the increase in Chinese meat production and hence consumption in the last 50 years has been phenomenal.
When I first visited China in 1973 the protein consumption was very limited with the diet totally dominated by rice (and wheat in the north). It has been an amazing change.
KeithW

Hardly surprising though is it as their standard of living begins to rise. There are some top end products being sent there now that even the NZ locals cannot afford to buy. Eventually all you will be able to afford to eat here is mince. I believe the best of all our beef is already being exported anyway, you simply struggle to find decent cuts in NZ now and Covid highlighted that because suddenly all sorts of quality stuff appeared on our shelves at reduced prices, probably due to cancelled export orders.

Local trade price paid to farmers is comparable to slightly v than prime export , so there is no reason for it to be inferior meat . That is a myth .

To add to Solarb, I send a lot of my heifers for local trade. Beaut beef heifers. However if your thing is a more aged animal, at the moment my biggest competition is the export prime meat being sold on the local market due to the shipping and storage problems. So right now the best is right here. But on any given day you may munch on a rising 2 year angus heifer and she will be top notch. I buy from New World only. (I dont eat enough to kill my own and no butcher in my town) They have better meat than the other supermarkets. But try a butcher. Thats generally where my animals go. And spend time looking at the different cuts. There is an art to picking a good piece of meat.

We get a lot of culled dairy beef in the supermarkets though.

Meat grown in bio-reactors, which will inevitably be cheaper than farmed meat. This is the way.

Why is anyone in NZ wasting their time worrying about agriculture and farming when they should be selling houses to each other at ever increasing prices? That's the road to riches.

So virtuous beef production is a lot like virtuous methanol, hardwood, aluminum... What ever happened to act local, think global? Cancel local, pollute global seems to be the new leftist mantra.

'The company plans to invest 67.3 billion yuan in the coal-to-olefins plant in Inner Mongolia, it said in a filing to the Shanghai Stock Exchange Sunday. The massive plant, set to be completed by 2023, would be able to produce 11 million tons of methanol a year that would then be converted to 4 million tons of olefins, a building block used in the production of plastics.'
https://www.mining.com/web/chinas-green-push-kicks-off-with-a-new-10bn-…

What is virtuous about our beef production? We just cleared the rainforest earlier.......