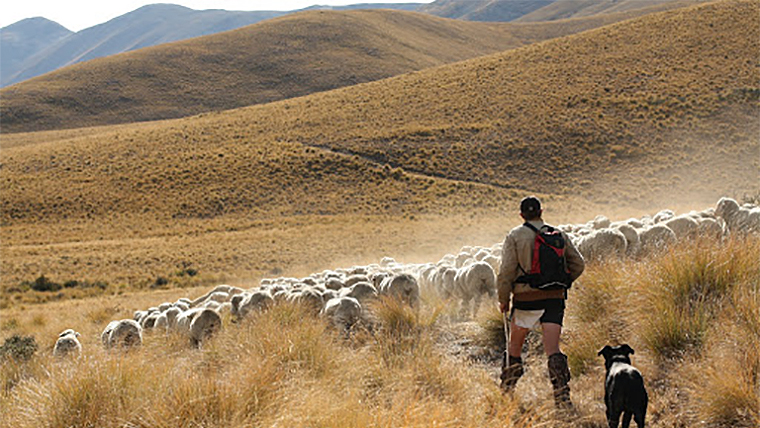 There are 171 remaining Crown pastoral lease properties covering approximately 1.2 million hectares of Crown pastoral land.  Crown pastoral leases are perpetually renewable, with 33-year terms. These terms give the leaseholder rights akin to ownership, that is, provided they comply with the terms of the lease they are entitled to exclusive possession of the land in perpetuity. There are some limitations on the use or activities to which the leaseholder can do to the pastoral land. For example, the land can only be used for pastoral farming and consent is needed to, amongst other things, disturb the soil which limits development of the land.

Some have come out and said, which include the conservation Minister in early 2020, that once a farmer had the full freehold ownership of the land the farmer was then free to do with it as they wish which includes profiteering and the intensification of the land or selling to offshore buyers. The fact that significant areas of conservation land reverted to full Crown control or public control has been grossly overlooked by these political claims.

Here is my discussion with Rob Stokes, the chair of the Federated Farmers High Country group.

More could be done to manage the expectations and outcomes for all interested parties once freehold ownership is obtained, as there are some examples of land being sold after a tenure review process and these have raised eyebrows. However scrapping tenure review and developing The Crown Pastoral Land Reform Bill is a step too far and it is turning the screws further when they don’t need to be, you have to ask the question did the conservation minister think this through at all? Why is the Conservation Minister and the Agriculture Minister not more engaged with farmers and why are they not considering the further impacts that this will have? In the last 12 months we have seen changes to fresh water and biodiversity, we are seeing the implementation of farm environment plans which is throwing up the biggest changes to farmers in a lifetime.

I agree with Federated Farmer’s submission on the bill to the Environment Select Committee which lays out their concerns as it largely duplicates matters covered within regional and district plans, and national regulations issued under the Resource Management Act and other national legislation. Their submission states:

• It unnecessarily adds additional layers of consenting, with associated increases in costs and delays on both leaseholders and the taxpayer, for no greater environmental or pastoral outcomes.

• It significantly reduces the independence of the Commissioner for Crown Lands, taking away their autonomy and creating a largely tick-box or flow-chart role.

• It fundamentally changes the nature of the relationship between the Crown as lessor, and the leaseholder. The existing contractual relationship based on trust and reciprocity, would be replaced by an approach of regulation and enforcement, diminishing the future constructiveness and openness of relationships.

• It adopts a one-size fits all approach, which is completely at odds with the realities of the diversity within high country lease properties across the South Island.

• It reduces the certainty around future rentals for these perpetual leases.

It reduces the certainty of leases and the incentivisation to continue to invest in enhanced environmental outcomes, given no accompanying or reciprocal ability to address changing pastoral needs is provided for.

• It has technical flaws that will mean control of plant and animal pest species will become more difficult and constricted, meaning obligations that exist under other regulations or covenants may be jeopardised.

• It is a breach of contract that has not been justified, supported, or shown to be necessary.

• By removing the ability for the Crown to continue with tenure review processes, rather than fixing issues with the process, it means opportunities for the Crown to acquire land with significant conservation, biodiversity or landscape interest for the public estate will be forgone.

• It appropriates the property rights of leaseholders without accompanying compensation, leaving leaseholders effectively managing conservation leases at their own cost and resources, rather than a continuation of pastoral farming leases.

The Crown Pastoral lease lands at the heart of this process have been leased from the Government and used for grazing by farmers since the mid-19th century. Prior to 1948, there was a deterioration in the lands, as leaseholders had not been provided with sufficient security of tenure to justify their continued investment in the long-term infrastructure or environmental management required. Back then, rabbits, feral pigs, goats, deer and weed plant pests had become an issue, and it was acknowledged that a long-term solution was needed. In response to these issues, the Land Act 1948 was introduced, providing leaseholders with perpetually renewable pastoral leases, exclusive occupation rights, and rights to compensation for the improvements they made to the land. This was to give leaseholders a degree of certainty of tenure, and therefore more incentive to invest in the future protection of the land.

This new 2021 law change proposal is poorly drafted and attempts to place significant limitations on day-to-day farming activities. As it stands farmers will need to apply for consent to fence off a wetland or waterway and then another consent to put in a new stock water trough, as an example.

To get the full story listen to the podcast above.

Basically they are squatters, pay them out for their infrastructure which is only houses, woolsheds etc then either place the land on the open market or put up rents to market value. Even though rents on a lot of that unproductive land would be hard to determine. Maybe just keep it for the public.

No, they are not squatters. Their interests include soil fertility, pasture improvement, fencing, watering systems and the right to 'quiet enjoyment' of the property in perpetuity. Those rights, conferred under the 1948 Land Act, have all been confirmed in various court cases.
In contrast, although the Crown retains some rights, those rights do not allow the public to have access to the land. This too has been confirmed in the courts.
KeithW

They do a better job of maintaining the environment than DOC. They do it at no cash cost to the taxpayer, they do it while paying rent for the land, tax on profits and employment, while employing themselves, their family, paying for multiple contractors, while creating the main inputs for downstream industries. In case you're wondering, no, I don't own or have any financial interest in one of these farms, but I can recognise a golden goose when I see one.

Well I am glad I generated a response as no one was commenting.

Case in point the wild fire at Lake Oahu on government land. Farmers in surrounds suggested they run their stock through the areas to get the level of grass and cover down to be a less combustible threat. The then conservation minister of the Green party, let’s not bother to mention the name, exclaimed no way ain’t going to give farmers free grazing.,There you go that’s how the team of 5 million is thus positioned by way of government.

Maybe they could have grazing rights like the moors in the UK.

Another example of this government trampling on farmers' property rights. The lease holders should be compensated if they lose the right to occupy. Perpetuity is a long time, how do you place a value on that? This piece of legislation is the work of the Green party nutters, led by Eugenie Sage and seconded by Anne Brower, both of whom obtusely refuse to recognise that the tenure review process contains advantages for both parties to each deal.

A lease in perpetuity. yeah ..then how about we raise the lease (just like those apartment dwellers waterfront Auck) and get our land back that way. Expecting to lease at peppercorn rates iconic areas of high country is absurd. Modern day theft of public land transferred to the power lobby.

Under the 1948 Land Act it is totally clear that this is not 'public land'. However, the Crown does have a residual interest via the value of the unimproved land and can charge a rental linked to those residual interests. The rents are not peppercorn. When the Government attempted to use a new approach to raise the rentals they lost the consequent court cases.
KeithW

I would suggest that Pastoral Leaseholders add far more value for the taxpayer than LandCorp. The fact that Sage is still involved in the process means that the outcome is already decided , one only need to look at the lack of attention/respect paid to "contra" submissions given around the Freshwater Policy and the CC Commission. This lot really do hate Farming