Guy Trafford tries to make sense of the puzzle surrounding the global sheep flock, declining in areas we understand, but rising elsewhere 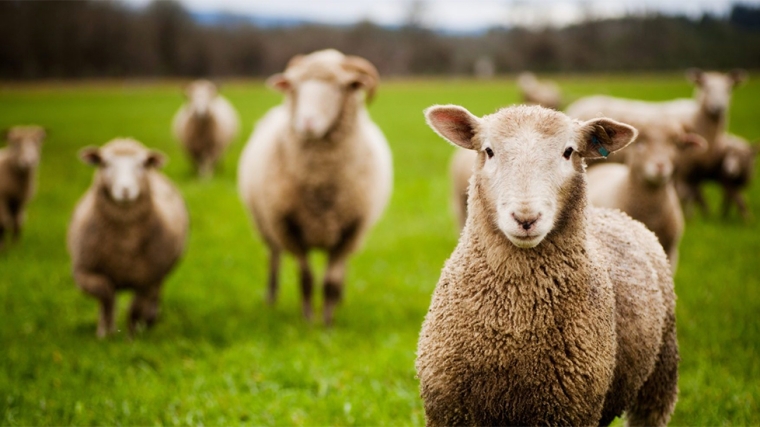 It has been a while since sheep meat has been a focus for examination and while scanning through the internet trying to get a gauge of what the global situation is now and likely to be down the track, one thing stood out.

New Zealand forecasters take a very short-term view, at least when compared to the ‘cousins’ across the Tasman. Forecasting anything is a dangerous career move as there is more chance of being wrong than right. This especially applies to agriculture where not only are there economic and latterly social impacts to consider but there is always the weather waiting to put paid to the best laid plans.

This is why I found the disparity between New Zealand’s and Australia’s outlooks interesting.

If any industry in any country faces uncertainty it must be the Australian primary industry. This includes arable, livestock and horticulture. They all face incredibly difficult challenges with the extreme climatic ranges that get foisted upon them, along with fires of course. The last couple of years have seen large tracts of the ‘red continent’ afflicted with extreme drought, floods, wind storms and fires. In between all of these they do get the odd period where the climate extremes collude to provide a period of, at least on paper, average weather.

New Zealand, on the other hand, exists in a climate range of relative stability. So, it was with this as a backdrop that I looked at the NZ Beef and Lamb Outlook for 2020/21 and MPI’s SONZA publication to see what they were predicting ahead.

Both publications were looking barely around the nearest bend in the road let alone down the straight.

2022 was the farthest either were prepared to comment on.

The Australian comparable publication from their Australian Department of Agriculture was considerably more ambitious going out to 2025.

In reality it may will (most probably) prove to be highly inaccurate but at least it provides a starting point and does give the impression that there is at least some-one there prepared to consider a world beyond next year and have a go at forecasting it. Dare I say the lack of putting yourself out there does seem to reflect a certain malaise that afflicts our New Zealand bureaucrats which is to take a very low risk approach to anything and certainly don’t put your head on the block over anything that might be held against you. And while we may have a ‘tall poppy syndrome’ I can’t recall any bureaucrat or politician being really being held to account, (apart from the 3 year cycle) so the perceived personal risks, if that is the problem, do not appear to be that real.

Back to Australia. The Australian forecasts predicts that lamb will fall slightly (-2%) and sheep slightly more (-5%) in the short-term due to an increase in global supply due to high prices but demand from high paying China reducing slightly due to the effect of ASF starting to wane. 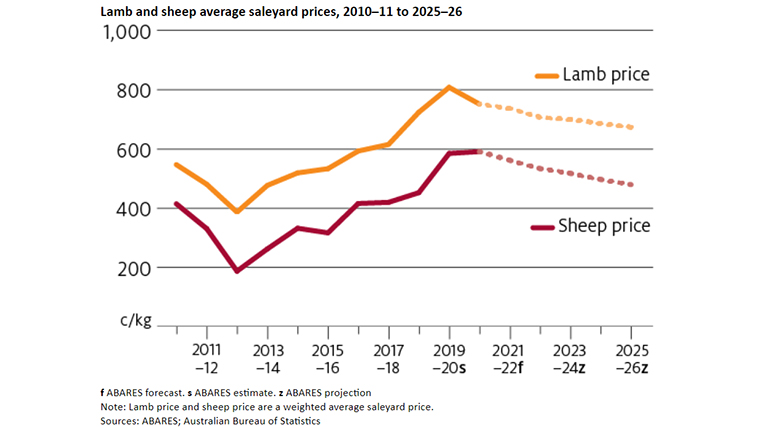 Where the increase in supply from the Global sheep flock is going to come is unclear as improved economics often mean a short-term drop in supply as farmers withhold female stock to build up numbers.

But China where the world’s largest flock (in recent years) resides has dropped from 152 million in 2005 to 110 million in 2018. South America has also seen huge declines, Argentina from 26 million at its peak to 12 million by 2018 and Uruguay from 24 million to 9 million. The USA had a flock of 50 million back in the 1940’s whereas now it has less the 6 million. Likewise, the UK has gone from 30 million in 1997 to 21 million in 2022. So, it was with this as a backdrop that I came upon data from the FAO showing that sheep numbers globally have been increasing for the best part of the 21st century.

When we see the percentage the wider Asia area (includes the ‘Stans and India) and Africa make up, then it becomes a little more understandable where potential increases may come from. It puts the numbers in the more developed areas of the world into a little more perspective.

However, New Zealand and Australia still lead the volumes of international trade.

What is driving the increases is difficult to understand given most sheep reside in the drier climes which are often afflicted by drought. Also, the increases in numbers have been going back to the early 2000’s. So, before prices began to spike upwards compliments of China. 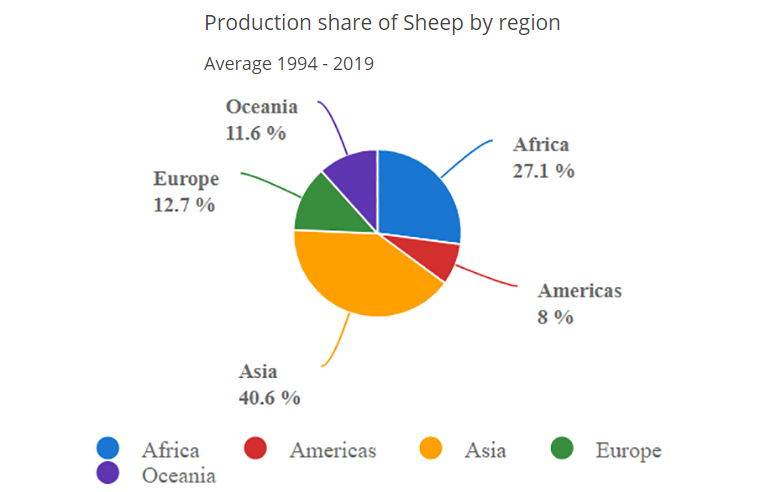 Despite the numbers elsewhere, international trade is still dominated by New Zealand and Australia and demand by China. However, it is interesting to see the more widespread nature of the sheep flock, some which may be difficult to recognise against New Zealand sheep. But it does make one consider what circumstances could occur to lead to the other heavily populated sheep areas get a toe hold into the realm of international trade.

Out of interest I googled goat numbers. They have increased even more and more consistently. Next door has a thousand or so milking, looks like a lot of work cut n carry.

Why are you surprised that sheep numbers are increasing in arid areas? That's where sheep originate.

Well farming sheep in Australia is obviously much more lucrative. Stated above saleyard lamb price is AU $7.36 in NZ sale yards at the moment NZ $3.40. Kg. And no wonder sheep numbers are dropping when you consider the cost of production. You have to be on a large scale to make a living. Areas where sheep are increasing are probably subsistence farming, costs are low because of minimal input. Take subsidies away from UK farmers and they run at a loss.

The Australian 'saleyard prices' only make sense if they have already been converted to carcass equivalent prices.
The increasing global sheep numbers are almost certainly a consequence of finding more of the sheep that were always present in developing countries. Census counting of animals in Africa and the Middle East is typically a guessing game.
KeithW

Its all a bit academic when you look at the beef and lamb forecast of $124,000 income before tax, debt repayment, drawings and capital reinvestment. Its easy to see why numbers are falling and will continue to do so based upon the less than positive outlook for sheep and beef meat in the report not to mention the train wreck of wool.