Rural News
Guy Trafford despairs at the quailty of the 'information' Immigration NZ works with, suspecting it is a department full of bureaucrats that either don't know NZ's regional geography, or ignore the obvious 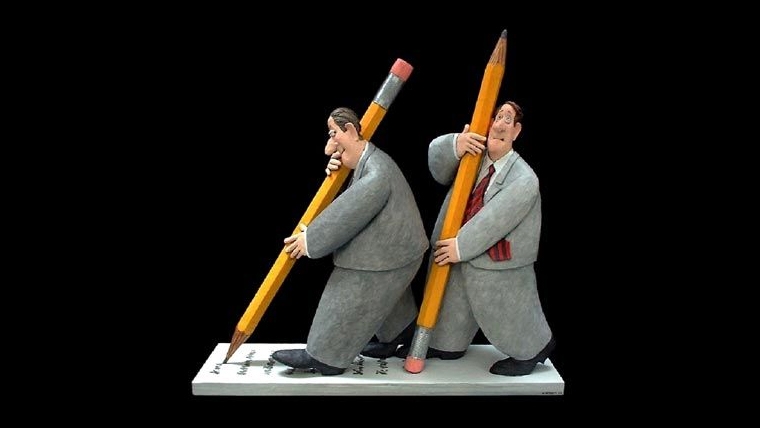 An interesting e-mail came in the other day which raised the eyebrows a little. It was from Immigration New Zealand and provided links to the Labour Market Oversupply and Undersupply lists.

The covering information included the following clause which helps to set the scene somewhat.

From 16 April 2021, Immigration New Zealand will use the updated lists to assess Essential Skills work visa applications that are paid below the median wage (currently $25.50 an hour) regardless of the date the application was submitted.

Given the discussions through media and elsewhere I thought I knew what I was going to find as shortages in the primary sector, particularly in Horticulture have been well documented. Although, at the back of my mind was the debacle of the risks of earthworm farming some years ago. (ACC update 2015).

The list is compiled by regions, so, my first look was at the Canterbury region (only a little parochial) Oversupply List. Apparently, there is an oversupply of everything from bakers to hospitality to construction workers.

Included in the Oversupply List are also Fruit and Vegetable factory workers and Dairy Products makers.

At this point I went to the Undersupply List to see if there was a category which may have more resembled Orchard and Vineyard workers etc. So, there it shows a shortage of Agricultural and Horticultural Plant operators and wine makers but still nothing directed at the field work although dairy farm workers made the cut here as did beef farmers.

Another anomaly focusing on Canterbury was, while the list in hospitality, processing and construction Oversupply was considerable there was a special mention of the MacKenzie Region which for all these skills is apparently undersupplied. Most will know the MacKenzie region as a beautiful part of the country of which a large proportion is made up of the Mt Cook National Park and extensive views. As a percentage of its total population, I can imagine hospitality makes up a large portion of the work force. But Sugar Mill workers? Fruit and Vegetable processors? Product Assemblers? Just to name a few.

It is not as though there are other regions within the province that get mentioned, just the MacKenzie District.

It is also perhaps worth mentioning that the population of Mackenzie District is a tad over 5,000. It seems that someone in the Ministry of Social Development (oversees the Immigration Department) either has a soft spot for the region, has been got at, which is unlikely, or has no idea of New Zealand geography and demographics. This last one would be my punt.

Bay of Plenty and Hawkes Bay will be relieved to know that in their regions (plus others so there are obviously plenty to draw upon) also are Oversupplied with Vegetable and Fruit Factory workers. Bay of Plenty did record a shortage of Horticultural Plant Operators. My first thought was that perhaps field workers etc are paid at a rate too low to warrant mentioning their demand however, as the opening paragraph shows the demand (and supply) is for wages paid below the median hourly rate of $25.50. This also got me confused as the list included occupations such as engineers, farm managers and aircraft refuellers, occupations that I imagine earn more than $25.50 per hour.

I also found that in the Otago section Vineyard workers were included as being in Undersupply. So, it is not as though the categories for such work do not exist (which was another passing thought).

What does concern me if this is the standard of information that is being provided to the Government or Immigration NZ to make decisions on who it should let into the country, then it is no wonder some of the primary sectors and others are having trouble getting themselves heard. On a positive note, I always enjoy a ‘good joke' and the list did provide a light-hearted moment in the day.

We have over one hundred thousand unemployed people in this country.

But when I looked at the Undersupply list for Auckland, it shows things like deck hand, fishing hand, scaffolder, furniture removalist etc. Surely we can train NZers to do these jobs?

Most industries have an expectation that someone else will do the training, they only want experience. Most training is therefore of the classroom sort which is of dubious use and even worse doesn't remotely fit the learning styles of many of the intended recipients.

A lot of the jobs listed don't have specialist knowledge required. The simple truth is that these industries think they can set wages at what they would like to pay, and if no one is willing to work a job with crap conditions, poor hours, inconvenient location for that wage, then there is a shortage.

Its an absolute joke.

Many decision makers and analysts are straight imports from Britain.

They are assumed to be NZers with knowledge of NZ simply because they sound and look like other NZ Europeans in ministries and departments.

That's an interesting perspective for me. I'm guessing English is your second (or subsequent) language, because to me British people sound nothing like the typical Kuywuy eccunt. Are ESOL people more trusting of (read: sucked in by) our bureaucrats than born-and-bred NZers are?

perfectly epitomised by census 2018.
NZ chronic housing problem and 500,000 people were not questioned PERSONALLY on their housing status.
Result: we STILL do not know what has happened to owner occupation % in Auckland in the last 10 years, with any accuracy. It also means we cannot properly work out how many are over-crowded. and the density of occupation - which critically feeds into the calculation of how many housing units Auckland is approximated to be short of (some use 2.5 per dwelling, others use 3 - this makes a HUGE difference to number of houses speculated as "NEEDED" in everyone's opinion.

Todays Herald: ""A South American chef faces the prospect of having to leave New Zealand after failing to get a work visa because Immigration NZ says it was 'not satisfied burrito, nachos, quesadilla and tortillas required the skills of a specialist chef'. Her employer, the owner of an Auckland Latin American restaurant, is fuming and slamming INZ's decision as 'ignorant and racist'. ""
So yet again INZ is trying to decide what skilled means. Communist Russia couldn't handle this problem of bureaucrats knowing better than owners and the public and neither can INZ. Surely in context there is only one definition: highly paid.
If this restaurant owners is paying their chef over $100k then he is skilled (less than Jamie Oliver). With the potential to be paid that well it is probable a Kiwi chef will learn the required techniques too. OK NZ public will pay more for their up-market nachos but does that matter?

It matters because the NZ public is at the limit of what they can afford to pay for many things.

If skilled equalled well paid then immigrants would pay above average taxes and pay for the new infrastructure needed when a population grows.

When I spent a decade working in PNG my work visa paid for roughly two teachers and my income taxes maybe another five. So I didn't feel guilty working there. It is low paid immigration that upsets the low paid Kiwis - they are not troubled by highly paid immigrants whether they are professors, doctors or even rugby players.

Department of Bureaucrats - heartless bureaucrats.
https://www.tvnz.co.nz/one-news/new-zealand/new-visa-exceptions-priorit…?
Those families needlessly separated by INZ inertia has little to do with priority for health workers - just note who has been permitted in.

all these migrant sob stories lack balance,they never provide a privacy waiver so that we can hear the real reason they are being knocked back by immigration.