The sheep and beef industry is getting squeezed from all sides, yet export returns exceed $7 billion

Rural News
The sheep and beef industry is getting squeezed from all sides, yet export returns exceed $7 billion 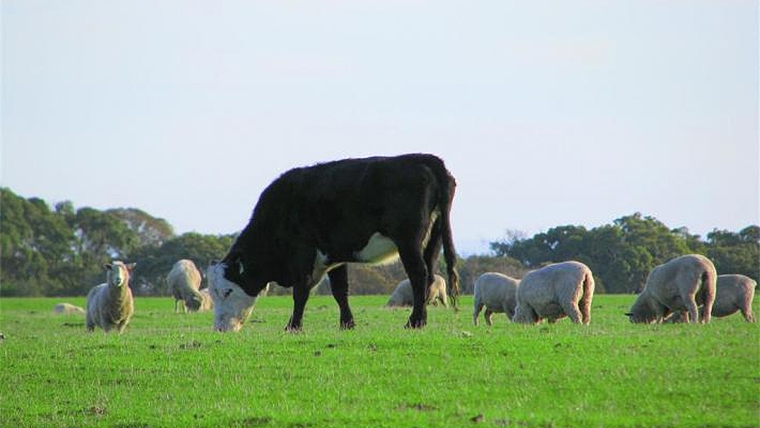 I decided recently that it was time to take a closer look at what is happening on sheep and beef farms. The underlying motive is that I have been giving thought as to what the sheep and beef industry, which contributes around $7 billion of export income each year, might look like in another 10 or 20 years.

But before getting too immersed in that future, I needed to make sure I understood the present and how we got to where we are now.

When I left school a very long time ago, I had in mind that I wanted to be a sheep farmer myself. As a school boy, I used to peruse the advertisements each weekend in Saturday’s newspaper and figure out what a farm for 1000 ewes plus young stock and a few beef cows would cost. The land cost was around 20,000 New Zealand pounds, with this converting subsequently in 1967 to around $40,000. The figure now is about 30 times that, perhaps more, before taking into account that 1000 ewes would no longer be anywhere near enough for a living.

For a range of reasons, I never became a sheep farmer. Other passions such as mountaineering together with economic realities meant that it did not happen. But I did work on sheep farms in various parts of the country. Then, when I left University and joined the Ministry of Agriculture, I also worked with sheep farmers for a while before heading in other directions.

Although I still find myself often visiting sheep farms and also sometimes getting drawn into research projects, in the main it has been as an outsider looking in.  One thing I know for sure is that sheep and beef farming has changed enormously over the last fifty years.

I decided the place to start some research for this article was to go to the Beef + Lamb (BLNZ) website. If it’s data that you want, then there is a veritable trove of it to be found there. It’s just that some of it takes some finding.

It was around 1982 that sheep numbers in New Zealand reached a peak of around 70 million linked to a poorly structured livestock-incentive scheme. By 1990, numbers were back to 57 million and now they are down to about 27 million. However, the sheep that remain are a great deal more productive than those of former times. Carcass weights have increased from around 12 kg to more than 18 kg. Lambing percentages which by 1990 were still only nudging 100%, have regularly exceeded 125% in recent years.

Back in the 1970s, 1980s and even later, beef cattle were run not because they were particularly profitable, but because they were needed both for management of pastures and managing the health of the sheep. The cattle would hoover up the rough grass and also help to break the life-cycle of intestinal worms.

In those days, the beef industry was based on specialist beef breeds. This meant most farmers who considered themselves sheep farmers also had a herd of beef cows. Ideas of crossbreeding a beef sire over dairy cows, or farming Friesian bulls for hamburger meat, were still in their infancy. This was linked to the hamburger itself also being in relative infancy in world markets.

The other big change has been wool. Synthetics started to make a mark in the late 1960s and it has been downhill since in terms of market share of wool.  The only exception has been fine-wooled merinos, but merinos struggle with lack of health resilience outside of dry climates.

This year has to be the worst year ever for wool. BLNZ estimates for the current year are that on the average sheep farm, shearing costs exceed the gross value of the wool.  Strong wool has indeed become a weed.

The good news of the last 20 years has been that both sheep meats and beef have risen considerably in value, albeit with fluctuations. For a long time, New Zealand was highly dependent on Britain for lamb markets and the USA for beef, but the rise of China has changed all that. The irony now is that it is China on which New Zealand is so dependent.  This is particularly the case for ewe mutton.

Some of my old-time sheep-farmer mates can recall occasions back in the 1980s when the killing charges for old ewes exceeded the carcass value. Good quality ewes destined for the mutton chain now have a similar value to a lamb. That change is all about China.

The big increases in the value of lamb were early in this century. For the last ten years, they have still been drifting up but more slowly, and also bouncing around. On the cost side, insurances and rates in particular have been climbing inexorably in recent years, although lower interest rates have compensated.

The big issue is competing land uses. This is where things get complex. Conventional wisdom says that sheep have been squeezed out by dairy and forestry, but that is only part of the story.

Well, we know that close to 500,000 ha has entered the conservation estate through the tenure review process. We also know that some land has reverted to scrub and that much of this will eventually self-revert to forest. By my thinking, we still have some way to go before we get close to the total 4.1 million hectares supposedly lost from sheep and beef.

I suspect that somewhere along the journey there has been a reclassification within the pastoral land category to exclude rural land that was never in grazing but was always in some form of native vegetation, or had reverted long before 1990. I think the BLNZ figure of around 8 million ha or perhaps a little less will be close to the correct figure of effective grazing land, but that the 12 million ha in 1990 was an over-estimate.

Another figure which can be confusing is that BLNZ says there are now approximately 9200 commercial sheep and beef farmers, declining from 19,600 in 1990. But elsewhere in their Farm Facts Compendium they say that there are 23,000 sheep and beef farmers. Presumably many of these are considered lifestylers. I have yet to get clarification from BLNZ as to how they define a commercial farmer.

When I stated writing this article, I thought I would within one article be able to tell the story of where the industry is currently, and then move on to looking at the future. Yet so far, I have only scratched the surface of the current situation. BLNZ has eight major categories of sheep and beef farm defined largely by topography and climate, both of which greatly influence the specific systems. I foresee another article looking at some of those specifics before I can move on to pondering about the future. I will be back.

*Keith Woodford was Professor of Farm Management and Agribusiness at Lincoln University for 15 years through to 2015. He is now Principal Consultant at AgriFood Systems Ltd. His previous articles on high-country issues are archived at https://keithwoodford.wordpress.com/category/the-high-country/. You can contact him directly here.

Dairy has overshot it's natural sustainable boundary IMO...
It's such a shame there isn't a stronger marketing push for natural fibres and it's benefit to society.. guess fashion and $ talk at end of day.

IMO the same with tourism. There's a reason jetfuel is exempt from tax.

I do a lot of thinking about what food-production will look like post fossil-energy. Which will be the case in less than a generation, and possibly tomorrow.

The reality is that food is always in demand, and will be more so as time goes on. What becomes unclear, is the feed-back loops (like collapsing fisheries driving more demand for already-depleting paddocks, and like conflict over 'what's left') and how they play out. My best guess is that the tide which came in with FF, will reverse. More folk in food production (less in discretionary 'jobs' in the cities) and a re-filling of the old node/hub village/town sites. We will be several layers back in tech terms, DIY fixing being more of a criteria - but we will have more knowledge.

In NZ we can easily feed ourselves, ex invasion. Take exporting out and it would be a shoe-in. For about a generation. In that time we would be descending to about 2 million; the probable sustainable carrying-capacity ex-inputs. Interestingly, wool is likely to be prized, meat less vilified (you don't need to be vegetarian or vegan if population pressure is absent) and nutrient recycling will be mainstream.

Pre fossil would only be the England of the 18th century and they supported about six million people.
I assume we can too but if our population has declined we will go back to exporting frozen mutton carcasses on sailing ships.
There will be willing buyers and we will import the materials required to keep our 20th century electricity system operating.
You may argue there will have been all out nuclear war in which case, of course, no demand but we will be discussing Nuclear Winter, not global warming.
Just sing C’est La Vie.

Depends what you consider the level of support the six million received I guess? It would be at a level unrecognisable to current comfy middle class westerners.

Drawing from the fall of Rome it would be just a distant memory, mind you, we have experienced that culture shock when the Motherland cast us adrift

The supply of grinding beef, cow fores & hinds, bull and manufacturing cuts from prime/premium grades was well into stride in the 1970s, essentially as lean meat to lower the fat percentage of North America beef used in burgers. It is as such an almost pure commodity trade and it is still getting along, and even if now something of a by product of dairying, when combined with the off take offals etc to pet food, its net return is indeed sizeable and should not be underestimated.

I enjoyed reading this. Look forward to the next one.