Guy Trafford traces changing consumer emotions around any chemical with a three-letter code, risking the useful for environmental remediation on the altar of the [impossible] quick-fix obsession

Guy Trafford traces changing consumer emotions around any chemical with a three-letter code, risking the useful for environmental remediation on the altar of the [impossible] quick-fix obsession 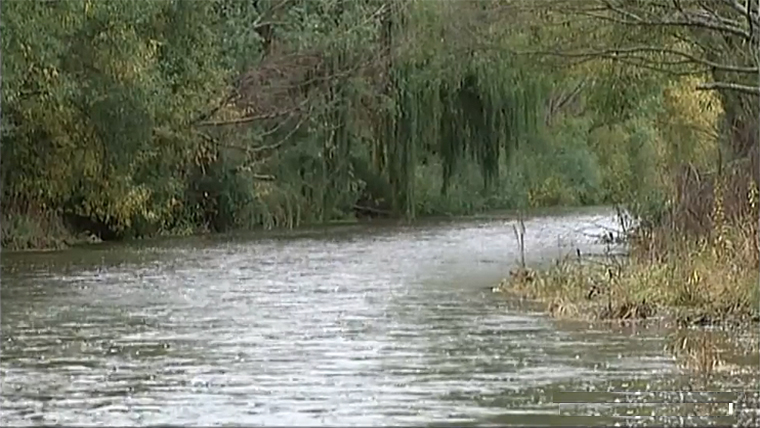 When it comes to agricultural greenhouse gas emissions (GHG) the public focus has by and large been on methane (CH4) largely because it makes up over ¾ of agricultural emissions despite that it has one of the shorter ½ lives of any GHG gas (water vapour could be argued as having the shortest impact).

It has become somewhat of a political football by environmental groups and politicians subject to diverse scientific views on how important it is to reduce emissions.  The issues are largely based around time frames, i.e. whether a long term or shorter view is taken of reductions.

The other important GHG coming out of agriculture is Nitrous Oxide (N2O). This is largely a by-product of nitrogen applications to the soil with livestock urine and direct applications of nitrogen fertiliser being the larger sources (natural processes from trees etc can also contribute, but at a low rate).

As a GHG it has been largely ignored although it makes up nearly 10% of total New Zealand GHG emissions. The focus, in regard to agriculture, has been more around the applications of nitrogen and the leaching or run-off into waterways and aquifers.

The irony is that up until 2013 New Zealand had a tool that allowed for serious reductions in both the leaching of nitrogen into waterways as well as the volitisation into a GHG, N2O. The chemical dicyandiamide was used to improve the utilisation of nitrogen but also had the effects mentioned above and despite research showing while toxic in large amounts is relatively harmless in food. “Dicyandiamide has lower toxicity compared with other chemical contaminants in foods. Large amount of dicyandiamide can also be toxic.” (see US analysis article).

The problem was back then, there were no guidelines of what could be considered safe in food products, although as MPI reported “As expected, minute traces of DCD have been found in various dairy products already in the supply chain from a variety of companies. However, there remains no food safety risk – all traces have been significantly below the European Commission’s daily intake level for DCD.”

The damage had already been done with countries like Sri Lanka using it as a non-tariff barrier to New Zealand milk products and China also showing an aversion to it being in milk products. (Ironically however, China is a major producer of it and recommends its use as a “continuous nitrogen release fertilizer”).

However, as far as consumers go, the damage was done and DCD’s are no longer in the farmer toolbox for reducing GHG’s and N leaching. Research at the time (Cameron et 2009) showed that;

1. Nitrate leaching from urine patches is reduced by an average of 64%

2. Nitrous oxide emissions from urine patches are reduced by an average of 68%

3. Pasture production in the South Island can increase by up to 23%

Dairy farmers at the time were engaging in its use primarily, although not totally, focussed on the production gains that could be achieved. This was because at least in part, as there were then no financial benefits from the reductions in either GHG’s or N leaching.

Various research institutions are conducting research in N2O reduction from a number of angles such as pasture plants, feed additives and some chemical applications to soils and some appear to have limited usefulness. But largely New Zealand researchers, judging by the void in publications, are not that interested in going down the nitrogen inhibitor path.

Fortunately, internationally there is considerable activity in the area as New Zealand is not the only country that has applied limits on N applications to agricultural soils and the scientist are looking at ways of maintaining food production (often seems forgotten in the dialogue) while still reducing the negative effects. Hopefully, some of the benefits of this research can be utilised in New Zealand.

The benefits to GHG emissions could be almost instantaneous; unfortunately, when it comes to the waterways the benefits can take generations. This fact seems to be lost on some critics of agriculture as a RNZ programme highlighted the other day. The headlines were that the Selwyn River nitrate levels were 50% higher than 22 months ago. The two issues that were overlooked were that the Selwyn district was in the midst of one of its driest periods for some time but perhaps more importantly that ‘we’ have known and warned that things would get worse before they got better as historical plumes of nitrogen work their way through the sub soils and this could take anywhere from 30 -70 years.

So, while the Federation of Fresh Water Anglers have every right to be aggrieved at the state of the rivers, they like everyone else are going to have to exercise patience and accept that what has taken years to create will also take years to fix.

Also what was not mentioned is that the instigation of the CPW scheme has allowed the ability of additional water to be taken from the Rakaia river to help augment the Selwyn river catchment.

This with the large reduction in irrigation takes from the aquafer will make positive steps on Selwyn water flow and reduce both nitrate levels and improve where fish live.

'.......50% higher than 22 months ago ..." could mean that nitrate concentration has risen from 2ppm to 3ppm i.e well below any health thresh hold, or it could mean that nitrate levels have risen from, say 8ppm to 12ppm, and now exceed a safe threshhold. The fact that no numbers have been mentioned suggests that the former is the likely case, and that the Fresh Water Anglers are massaging their results in order to show up the situation in the worst possible light.

At present the overseas consumer gets a mental image of snowy capped mountains and clear rivers when selecting our products. They pay a premium for that.

At the blink of an eye this image could change to that of a stinky river or a winter mud deep intensive dairy lot. The value destruction will be massive.

Does the average farmer actually 'get' this?

Grass fed has been more important than anything else in most dairy/beef markets since covid. Nutritional value for consumers kids, families out trumps environmental concerns when it comes to choosing what to buy for the majority of offshore consumers. Sure the elitist consumers are willing/able to pay for environmental etc considerations, but most of the world just want what they see as healthy nutritional food. Recyclable/reusable/compostable packaging is also rising in priorities in offshore markets.

Interesting but I struggle with the idea that the solution to chemical pollution of the soil/water is to add another chemical. How much energy does the DCD production/distribution use?

Also, Guy what's your involvement with the DCD research? I notice you are acknowledged in the research paper. (I'm not implying anything dodgy, just curious)

It does have lower toxicity in food than other chemicals though. So that is a bonus.

Just looking at the benefits to production and runoff is not enough when pushing chemical usage in our environment. We have to look at the effects to the full spectrum of living organisms eg soil organisms, pollinators, animals and humans. Getting a good result in one area does not mean you are not causing problems in others. We are all part of one large living organism called the food chain.