Nimble adjustment in the pandemic, focused marketing, targeted investments, smarter buying, better capital arrangements all contributed to better meat industry returns in 2021. But they remain low for the capital invested 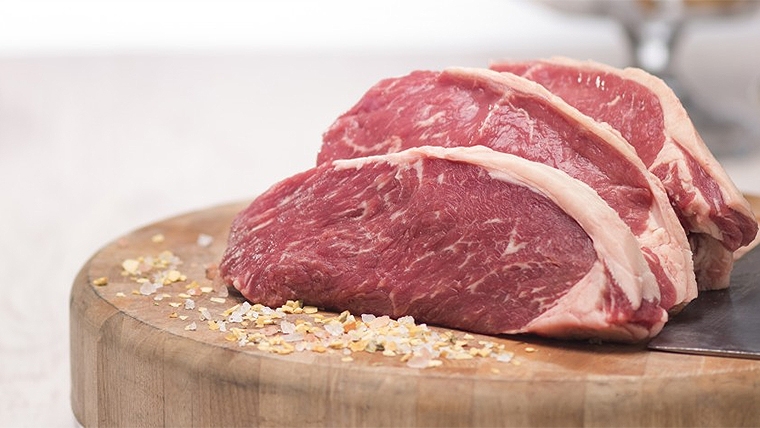 The announcement of ANZCO’s annual result is the last piece of the jigsaw needed to conclude meat processors enjoyed a universally profitable 2020, in spite of market, operational and logistical challenges from the global pandemic. The year started with a case of Chinese indigestion caused by a build up of high priced inventory in advance of Chinese New Year, closely followed by the outbreak of Covid-19 and the effective cancellation of internal travel and family gatherings.

Other major markets soon found themselves in lockdown and, while consumers still had to eat, exporters found themselves with a surplus of high value cuts for the hospitality trade. To the enormous credit of the whole meat processing and exporting industry, as well as farmer suppliers, distribution companies and shipping lines, a cursory analysis of meat company results barely shows any adverse impact of all the disruption. This does not take into account the processing delays which made it hard for farmers to get their stock away when they wanted.

The three meat companies that publish their results had combined revenues of just under $6 billion on which they earned a combined total of $155 million before tax or $100 million after tax. These equate respectively to margins of 2.6% and 1.67% on sales, while the return on assets is less than 7%. So what appears on the face of it to be a highly successful year’s performance across the industry is nevertheless a pretty average return on a substantial investment, a point made by ANZCO CEO Peter Conley when I asked him for comment on the result.

Apart from Silver Fern Farms, Alliance and ANZCO, there are also some substantial private operators, including Talley’s owned AFFCO, the Progressive Meats group, and Auckland based Wilson Hellaby which focuses mainly on the domestic market. All these companies have almost certainly performed successfully while maintaining a low profile, but I suspect their shareholders demand a higher return than at least some of the three processors which publish results.

ANZCO has reported an annual profit before tax of $35.7 million for the 2020 year, compared with $30.6 million for the previous year, although the difference was almost entirely due to sharply reduced finance costs. Total revenue at $1.527 billion was 10% below 2019, as a result of some business units being unable to operate during lockdown, but expenses were also lower by a similar amount. The company benefited from the wage subsidy to compensate for its inability to produce added value products such as hamburger patties for McDonalds and beef jerky for several months.

ANZCO’s business has undoubtedly benefited from its ownership change which saw Japanese majority shareholder Itoham buy out the minority shareholders, including staff and management, some years ago. The company has also undergone an organisational restructure since its ‘annus horribilis’ in 2018 when it posted a loss of $38 million – the Chicago office was closed saving $2 million, the company changed from a divisional to a functional structure, and administration was centralised at the new Christchurch head office.

The livestock procurement strategy has also changed from being volume driven to a focus on driving value. As Conley says, there is no point in buying livestock, unless value can be added, rather than cost. ANZCO has invested heavily in data systems to improve the quality of management information, but Conley notes the importance of continuing to maintain and renew ageing assets, while also introducing automation to the meat processing functions.

SFF again produced a solid performance which, although slightly down from 2019, was the second best in the company’s history. In 2018 the company set what looked like an ambitious goal of earning profits of $150 million over five years, but the last two years make this target look unambitious. The Shanghai Maling investment, renewed business culture, evolution of the pasture to plate strategy, and the strong engagement with suppliers through the cooperative have all combined to turn the country’s largest meat exporter into a much better performing organisation than could have been predicted five years ago.

Substantial investment in digital tools is an important aspect of connecting with suppliers who are increasingly turning to technology with 4,500 active users of the Silver Fern Farms app, equivalent to 10 million stock units. Use of electronic ASDs increased by 300% during lockdown. Another major change has been a reduction in livestock procurement through third parties as a result of offering priority for direct supply which has saved the company more than half a million dollars annually.

Alliance Group’s financial year finished three months earlier than the other two, reflecting the traditional New Zealand farming season as opposed to Asian owners’ calendar year reporting requirements. However activity levels and profitability in the first quarter are generally lower than the next two quarters which reduces the comparative impact on a full year, although inventory was $30 million higher than the previous year end at 30th September.

Excluding a provision of $19.9 million to cover potential compensation for unpaid allowances, Alliance reported a pre-tax profit of $27.4 million, a 13% improvement over 2019. This came down to $7 million after deducting the provision, resulting in no dividend to shareholders, apart from $15.5 million of loyalty payments included in the operating expenses. In 2019 a fully imputed dividend of $9 million was paid to cooperative shareholders.  Alliance invested $46 million in its plants and in the first phase of its Enterprise Resource Planning system which is designed to replace the1980s legacy IT system and drive greater efficiency across the whole business.

In summary the meat processors and exporters have done a very creditable job of maintaining profit margins, reinvesting in their operations and rewarding suppliers appropriately during a challenging operational period. Indications to date are for an equally satisfactory result during 2021.