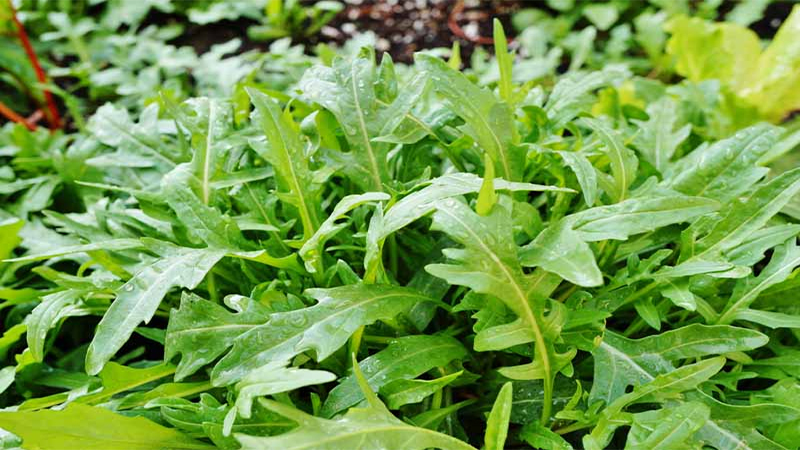 We had our annual meeting to ‘chew the fat’ with our accountant the other day. Always an enjoyable catch-up and he makes a good sounding board to test ideas etc against.

In the course of conversation, the topic of nitrates came up. As a ‘rural’ accountant he no doubt hears many farmers bemoaning the influx of regulations and so gets a broad overview of what people are thinking about. The focus on nitrates in New Zealand waterways has been in the headlines considerably lately and most would agree that the issues and risks need fleshing out, understood and acted upon.

Our accountant's ponderings took a different route however, and he was wondering what the potential of nitrates in our green foods intakes are and are they a potential risk? Most livestock farmers understand the risks of nitrate poisoning in livestock. Caused by feeding green feeds (everything from new pastures to green feed crops) high in nitrates which cause a ‘malady’ often called ‘red water’ (not to be confused with another ‘red water’ disease caused by parasites in Ireland and no doubt other northern hemisphere farming systems). Red water because the nitrates convert to nitrites in the rumen, then absorbed into red blood cells, discolouring them and blocking the transport of oxygen. In extreme cases the animal dies from lack of oxygen. In the process urine turns red when blood is filtered by the kidneys. Pretty much, the exact same process as what occurs when animals (including us) ingest too much nitrates in their water.

In farming the situation often occurs from young crops and grasses which have been grazed too early (prolonged cloudy weather exacerbates the situation) and the nitrogen content of the plant is too high for the animal and rapid and multiple animal deaths occur. So, given it can occur from feed in animals then potentially at some level logic says there must be risk for humans who also have high intake of young greens.

Looking at some research, most foods we consume contain some nitrates but the bulk in our diet is sourced from green vegetables. Processed meats (bacon etc) have traditionally had high levels through the preservative and meat colouring process. However, in the last 10-20 years restrictions have been put on the limits (mostly sodium nitrate) allowed to be used and the addition vitamin C helps stops to conversion of nitrate to nitrosamines which are linked to the causation of cancers. It’s worth mentioning that some degree of ingesting of nitrates is necessary for good health, the question is how much is too much?

The most comprehensive study (as linked above) which was published in 2017 came up with some interesting findings. Conducted in the EU it worked on the assumptions that a 60kg adult could handle about 222mg of nitrates (37mg per kg liveweight) of which about 80% was sourced from fresh vegetables and fruit. EU average intakes of ‘various vegetables’ was about 400grams which led to the ingesting of 157mgs of nitrates. So, on the surface well within the then published recommendations.

There are a couple of things worth considering however: recommendations on the amount of nitrates that can cause danger to humans are reducing, dramatically according to the Danish study which stated that there was a 15% increase in the incidence of bowel cancer at water levels of 2.1mgs and increases with water levels as low as 0.87mg per litre. Well below the WHO recommendations of 11mgs. However, these interpretations have been questioned by experts and may not be as drastic as the headlines indicate.

The other consideration is not all greens are equal in their amount of nitrate content. They vary across the seasons and between types of vegetables. The amount of N fertiliser used also influences uptake and nitrate levels peak in the autumn period being when the greatest concentrations occur.

Greens such as lettuce through autumn have an average of 1264mgs per kg and the highest sample reached 2940; spinach averaged 2014 with a high 3412; arugula (rocket) goes into a different league with an average content of 4375mg per kg and a high of 5370. It is worth mentioning that rocket does have a maximum EU intake guideline of 44 grams per day (this was news to me).

By and large the research concluded that for the vast majority of people green vegetable intakes were not considered hazardous to human health and benefits outweighed negatives. There was however a warning “It is important to emphasise that due care should be taken with spinach consumption in childhood, but also in people who consume vegetables in larger quantities than recommended, because in this way, they take in larger amounts of nitrate, which, if continuing for a longer period of time, could adversely affect health.”  This warning could be heightened if rocket was included in a child’s diet.

I think the study and lack of knowledge by the public on any potential risks small or large highlight how little most of us know about what we consume.

It also shows how the nitrate in water debate may only be the tip of the iceberg. New Zealand Ministry of Health guidelines tend to show the “three servings of vegetables and two of fruit each day”. However, they don’t say why. Sometimes ignorance is bliss.

Don't forget about these research results about the health effects from nitrates in drinking water.
https://www.stuff.co.nz/national/health/125230514/urgent-action-needed-a...

It doesn't make any sense that nitrates in drinking water are bad for you, while nitrates in vegetables aren't.

"It also shows how the nitrate in water debate may only be the tip of the iceberg."
Nice dad joke! :)

Just for clarification "Red Water" is different to "nitrate poisoning"
Although nitrogen is a common factor in both aliments, sulphuric fertiliser exacerbates SMCO concentrations, contributing to red water;

Red water or kale anemia is caused by a high concentration of SMCO (high S-methyl cysteine sulphoxide). SMCO is found in all brassicas but is especially high in kale. In the rumen, SMCO is converted to an oxidative compound, called dimethyl sulphide, which reacts with red blood cells, lowering haemoglobin concentration. As this is excreted it results in red urine or the clinical condition known as “red water”. Other clinical signs can include weakness, diarrhoea, jaundice, decreased appetite, and poor performance. If red water is observed affected animals should be removed to alternative feed sources, to reduce SMCO intake. Ensure animals have adequate levels of selenium before going onto crops.

Nitrate poisoning; Nitrate concentrations increase when plants take up more N than they need for leaf growth. Nitrates in the plants are converted to nitrites and ammonia by the microbes in the rumen. At high concentrations, the ability of rumen microflora to reduce nitrate to ammonia via the intermediate nitrite is overloaded. The nitrites are instead absorbed into the bloodstream which lowers the blood’s ability to carry oxygen to the tissues. Clinical signs of nitrate poisoning are sudden deaths, animals appearing uncoordinated and anoxia (lack of oxygen to tissues).

The higher the nitrate level in green vegetables the more bitter and unpalatable the taste, not a very marketable product, so growers flush hydroponic systems with water before harvest to reduce nutrient concentrations, and conventional market gardeners only apply fertiliser in the early stages of plant establishment (for the most part)...