OECD-FAO sees the world dairy herd expanding fast over the next ten years as emerging economies demand more fresh dairy products. But exporters will have less to offer

Rural News
OECD-FAO sees the world dairy herd expanding fast over the next ten years as emerging economies demand more fresh dairy products. But exporters will have less to offer 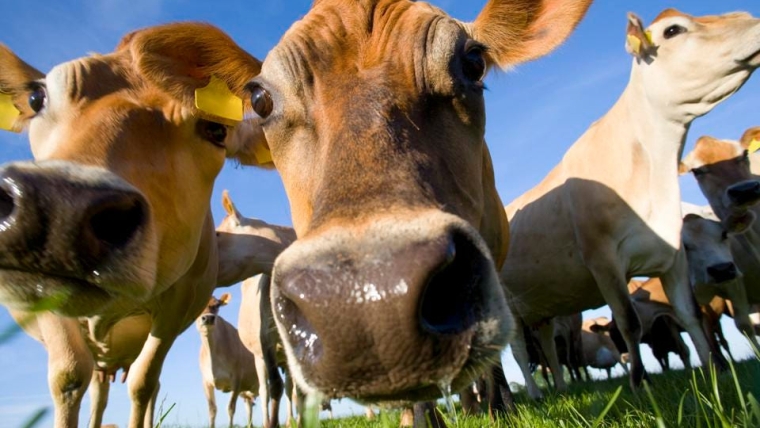 The following section from the OECD-FAO Agricultural Outlook 2021-2030 is posted here (page 50) to give some perspective to the global impact of the New Zealand dairy herd. This report was published today (Tuesday, July 6, 2021 NZT).

1.4.5 Dairy will be the fastest expanding livestock sector

Dairy is expected to be the fastest expanding livestock sector over the next decade, with global milk production projected to increase by 22%. Increased dairy production will be driven by expanding yields due to optimization of milk producing systems, improved animal health, better genetics and improved efficiencies in feeding, and expansions in the inventory of milking animals. The production increase will be largely supported by consumer demand for fresh dairy products in Asian countries. India and Pakistan are expected to account for more than 30% of global milk production by 2030. In these countries, milk is mainly produced by smallholders in extensive pastoral systems; thus, output growth will be mainly due to an increase in dairy herds (Figure 1.23). However, both countries are expected to see intensification of pasture use and as a result a limited expansion of pastureland.

Milk production growth among key dairy exporters, such as the European Union, the United States and New Zealand, will be constrained by tighter environmental regulations. Herds are expected to decline in the European Union and New Zealand and to remain unchanged in the United States, but milk yields are expected to grow due to improved efficiency in feeding and in grass management. In Latin America, dairy production will be driven by strong domestic demand. Output growth will be supported by strong growth in milk yields (more than 1% p.a. increase over the coming decade) together with expansion in the dairy herd (Figure 1.23).

About 60% of fresh milk is projected to be consumed in the form of minimally processed dairy products such as fresh pasteurised milk or yoghurt. The remaining 40% will be further processed into butter, cheese, skim milk powders or whole milk powders. Production growth of butter is expected to be as high as the one of raw milk, while production of all other processed dairy products is expected to grow at lower rates. Lower cheese production growth will be driven by slower growth in food demand in Europe and North America, whereas lower production of whole milk powder (WMP) will be due to reduced demand in Asian countries.

....and the most efficient environmentally friendly and low-cost producer in the world decides to cut back, so more nasty emissions will be generated somewhere else and NZ will lose out. We are so smart here it is frightening. HaHa, just kidding, in a few more years these losers we have running the joint at the moment will be well gone, and we will be back to normal.

No thanks, despite the continual anti current government sentiment, the lower total production, higher per cow, better efficiency sits well with me. The idea of going back to the old normal of higher production lower payout is really a bit stupid.

Agree in sentiment redcows, we need to be as efficient as possible and production can't be the aim of the game. But research coming out of dairy NZ looks like the strongest correlation is between kgs of dry matter consumed per hectare and carbon emitted. Number of cows has less relevance. Which makes sense as to get 500 a cow its a larger higher emitting animal consuming more than for example a smaller jersey on all grass doing 300 solids.

Thank goodness that sort of attitude is rapidly disappearing

That's surprising given the NZ wide trend for herd reduction. Shame we're out of step with the rest of the world providing food.

NZ the poster child for global starvation and lower emissions.

Think of all the heart disease. Cue WHO denigration

Goats may have less production per animal , but they are more efficient producers of milk per herd. how they compare for methane production , i do not know , i do know you don't want to be downwind of a goat after she has had a dose of cider vinegar.

Got cut and carry dairy goats next door. I simply cannot see how the hours spent direct cut harvesting of grass can be more efficient. Letting them graze paddocks is not an option, the few times they let them out they have a tendency to not recognise boundaries.

Yes , goats see fences as a challenge. i think the main reason for the cut and carry is that worms are very hard to control in goats . Barbers pole knocks them over fast before you notice the symptoms.

I'm giving it 30 years, before plant alternatives and bioreactor-grown diary products are the norm. Cow-produced versions will be for the more affluent/dietary nitpickers, much like organic produce is today