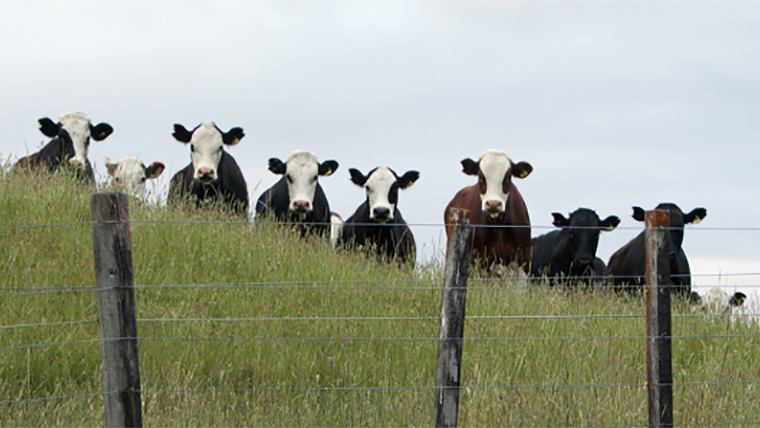 The NZ Farm Assurance Programme had its origins as an integral function of the Red Meat Profit Partnership which was established in 2014 under a joint funding model between the government under the Primary Growth Partnership and nine industry partners, including B+LNZ, six meat processors and two banks. The meat companies decided to abandon their own assurance schemes and pursue a standardised approach, although Alliance was initially reluctant.

Seven years down the track, RMPP ended its activities in March, as was always the intention, after developing its programmes to the point where they have reached maturity and, in the case of NZFAP, ownership has been transferred to an incorporated society representing the original stakeholders.

Other important developments include the transfer of the farmer Action Group model to B+LNZ who will provide a support payment of $2000 per group until September 2022; AFFCO and Wilson Hellaby’s decision to roll their suppliers onto NZFAP when they next come up for audit; 22 wool companies joining NZFAP; and the launch of NZFAP Plus on 1st October.

The success of the programme to date is shown by the fact 8000 farmers have already committed to NZFAP which has a series of modules recording farm performance across the dimensions of environment and sustainability, origin, traceability and farm inputs, security and food safety, animal health and welfare, and farm to processor movements. NZFAP Plus will see the addition of three further aspects to the programme covering farm and natural resources, people and biosecurity, although farmers will not, at least initially, be obliged to commit to these for their audits.

However industry climate change commitments to the government under He Waka Eke Noa, as well as regulatory changes emanating from Three Waters Reform and Carbon Zero by 2050, suggest the full suite of performance measurements contained in both farm assurance programmes will soon become the minimum requirement. The parallel probability is there will be a growing number of influential consumers, pressured by large corporate retailers and consumer goods marketers, who will demand to be assured their food comes with a host of guarantees as to their methods of production and distribution.

The challenge for industry representative organisations like B+LNZ is to keep ahead of the regulators, ensuring enough progress is being made voluntarily to minimise the level of regulation. Unfortunately the dire predictions of the planet’s destruction will heighten the level of noise directed at the politicians which will make it increasingly difficult to maintain farming’s freedom to operate.

While the threat of regulation will be driven domestically in the first instance, international trading partners may also start to apply non-tariff barriers which will hold New Zealand to account for its methods of production, however environmentally friendly they are. Because our food trade is so heavily weighted towards exports and, on a global scale, we are a very small trading partner, New Zealand can be bullied, but has very limited capacity to exert any influence in response.

When it comes to consumer trends, the important thing is to ensure we do not overreact to every new fad. Given the fact we had hardly heard of regenerative agriculture 12 months ago, the temptation might be to think it is just a fad, rather than a distinct trend which will become permanent. Silver Fern Farms has conducted research in the USA, UK, Europe and China which has identified six key consumer concerns – soil health, emissions management, farming intensity, biodiversity, water use, and food system sustainability – although a cynic might suggest either the research used leading questions or the sample groups came from a very narrow segment of society. It is a stretch to believe these concerns are top of mind for the average consumer on a tight budget with a family to house and feed.

B+LNZ’s Nick Beeby agrees regenerative agriculture is a concept which is being driven by big brands, for their own purposes, but it appears to have enough momentum to become an important trend. There is as yet no universally accepted definition of the standards and criteria to be met, therefore New Zealand has the opportunity to establish an acceptable definition, as opposed to being stuck with whatever the big brands decide it should be.

Another perspective on farming regeneratively comes from those farmers who have decided they wish to farm using less inputs, because of the improved ecosystems and greater diversity on their land, combined with improved mental health from farming less intensively. The most impressive book I have read this year is English Pastoral by Lake District farmer James Rebanks whose family has worked the same land for six hundred years. He reaches the conclusion the way his father and grandfather have farmed the land no longer works economically and must change for the family farm to survive for future generations. Without ever lecturing his reader he eloquently tells the story of his progress towards less intensive, more sustainable farming and the benefits gained.

If New Zealand farmers can be helped to farm sustainably following some key principles which could be termed traditional or regenerative without removing their ability to make an acceptable living, global consumers will be willing and eager to buy our food. The farm assurance programme and its extension into NZFAP Plus will become an essential tool enabling all farmers to justify their licence to operate in an increasingly critical world. There is little alternative, if we wish to continue earning our livelihood as a major exporting nation.