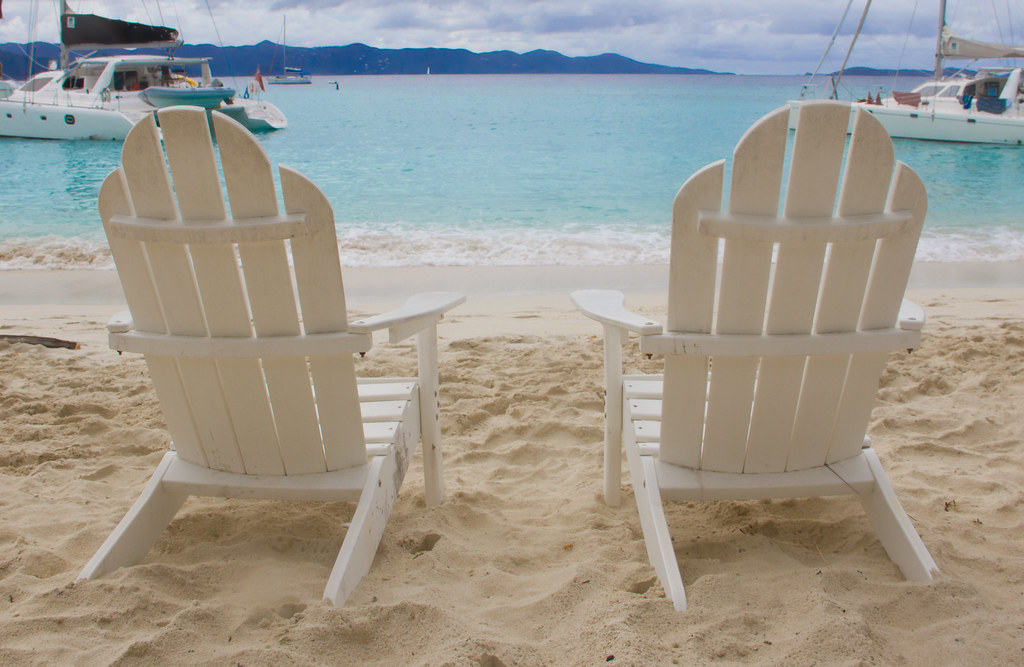 La Niña conditions are back this summer, with higher than average air and sea temperatures, warm overnight temperatures and high overall humidity.

The buildup began in November, when marine heatwave conditions were observed in New Zealand's coastal waters.

"New Zealand’s coastal sea surface temperatures ranged from 1.1˚C to 1.5˚C above average," according to the Seasonal Climate Outlook from the National Institute of Water and Atmospheric Research (NIWA).

Air pressure will be variable around the Motu, sitting higher than normal in Southern and Eastern parts of the South Island. By contrast, it will be lower than normal in the North, particularly in late summer.

Rain remains an ingredient in the summer mix, with normal falls expected in Northern and Eastern parts of the North Island and near or slightly below normal in other areas.

A summer cyclone is also a possibility, with the NIWA outlook stating that "one passes near the country every year, bringing heavy rain, strong winds, and rough seas."

NIWA's South West Pacific Tropical Cyclone Outlook indicates the risk for New Zealand is elevated this season and recommends those in the North monitor the situation if they're on the water or have boat moorings.

La Niña weather patterns occur every few years when strong winds blow warm surface water away from South America and across the Pacific.

The below tables for each region show the probability (% chance) of conditions being in one of three categories: average, near average or below average.

The NIWA guidance for the tables states that "in the absence of any forecast guidance there would be an equal likelihood (33% chance) of the outcome being in any one of the three categories. Forecast information from local and global guidance models is used to indicate the deviation from equal chance expected for the coming three-month period, with the following outcomes the most likely (but not certain)." 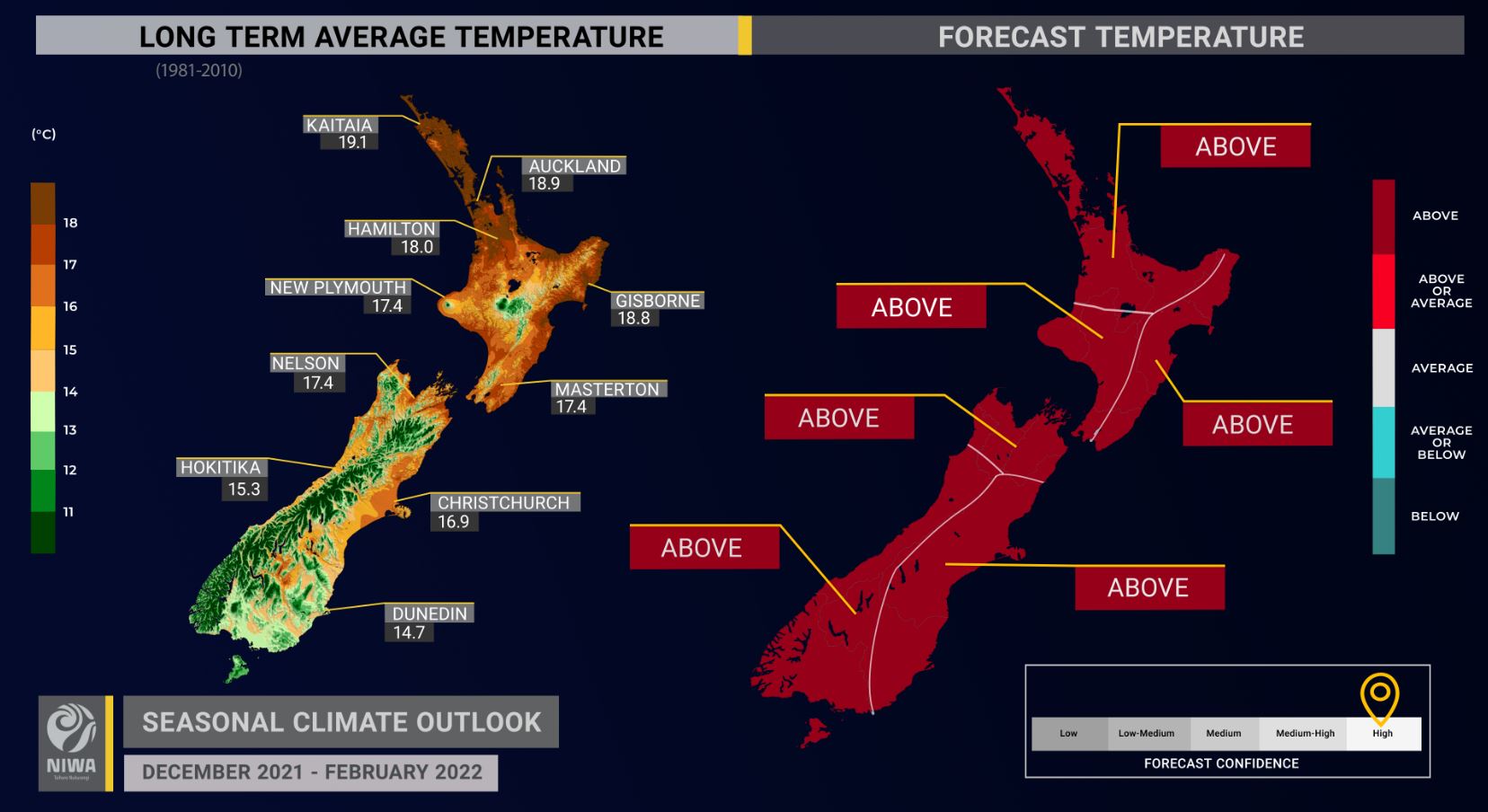 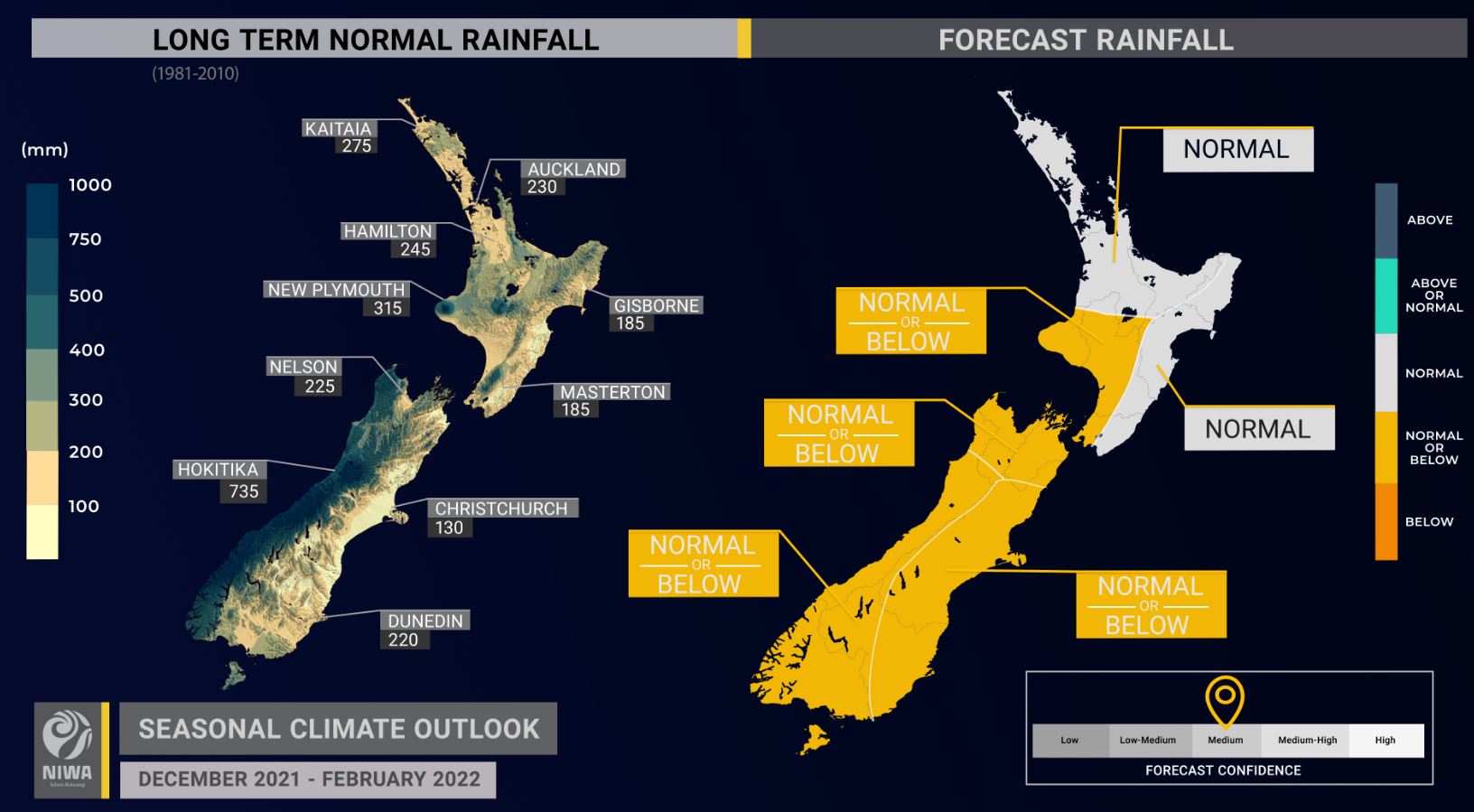 Long term temperature in Auckland only 2 degrees higher than in Christchurch sounds hard to believe. I lived in Chch for 18 years and now 10 years in Auckland, it's not so much that Akl get much hotter than Chch but Chch gets much colder, read minimum temperature, than Akl in the evenings, nights and winter.

By long term , they mean the next 3 months. Chch will be a lot colder in Winter.

Yep Yvil, hard to believe isn't it? I'm born and bred Cantab, but have spent over 20 years in Auckland now. It is definitely warmer. Shorts and jandals pretty much all year round. In fact, only put warmer stuff on when I'm crook. I reckon the difference is the humidity in Auckland. Took wife and I a couple of years to get used to it. So 25 degrees + 95% humidity here is like 30 odd down south. I've been in Dubai in 50 C and it was more bearable than 99% humidity in Auckland or worse South East Asia where it is 35 C + 99%.

Where is the Motu? What are they talking about?

You know you're on the internet eh?

What's "in vino veritas" mean...? Get you and your fancy forrin languages! :)

My bad False, I'm an old guy. But to be fair, you are correct. I should have known it was Maori for something since this Government is forcing it down everyone's throat. Also, you probably use latin virtually every week without even knowing it. Try bonus for one. De facto if you aren't officially married to your live in girlfriend. Ego, ad hoc, alibi, eg.  extra, semi, versus, re and the list goes on and on. So it ain't that foreign :)

Yep i know what the Latin means. I was merely pointing out that you were moaning about someone using a "different language" (even though it's an official language in NZ...) while using a foreign language for your name. Made me smile.

Words are endlessly fascinating. I can recommend Planet Word by J P Davidson. As I feel sure you know, the Latin saying derives from an older Greek one. Interesting fact; almost all of the 100 most common English words today, come from Anglo-Saxon.

Between Opotiki and Gisborne.

Motu river flows from there out to the  Bay of  plenty. Awesome area rugged and remote, great place to mountain bike.

Quietly confident in the weather for the season. We've had heaps of rain but not to much and indications look good for not to dry a summer so that would suit. Grass growth to date has been good and quality better than this time last year. Production is 7% ahead even allowing for a 1% loss due to power outage in the wind.

Prepare for the worst , hope for the best. Just need to keep the damn paradise of my chicory.

Summer for me in Hawkes Bay has started with surface ponding in one paddock, sadly the new digger turned up too late to deal to it before the tillers went through so it's just going to have to soak in.

Can't stop the grass growing and the stock can't stay on top of it, might have to take the heifers for a run they're getting so large.

Too much water and too much feed, some nice problems to have at this time of the year.