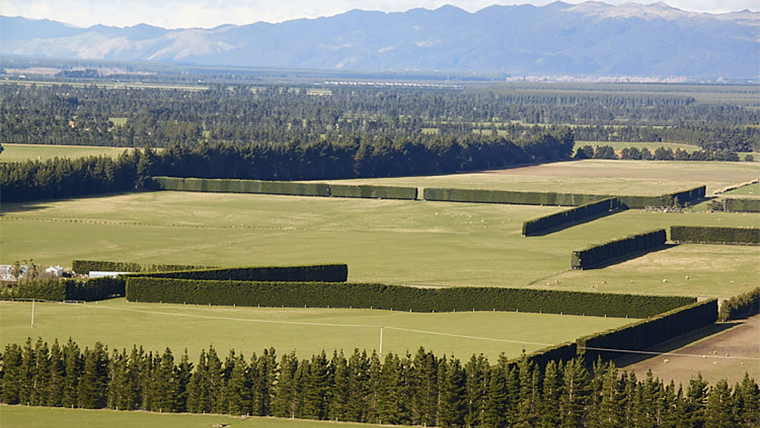 The issue of animal welfare has been increasingly raised in recent times. The highest profile issue has been the export of live animals by ship. Initially this was due to unsustainably high deaths on some live sheep exports which triggered a public backlash.

The result was the banning of sheep exports for slaughter 15 years ago. Since then, almost all sheep exports by boat have ceased, with the last notable one to take place going to Mexico for breeding in 2015. It was made up of over 45,000 sheep with 191 deaths at sea reported (0.45% of total). There were also 3200 cattle exported on the same shipment. Only one cow death was reported.

However, public opinion, largely driven by SAFE and with largely faulty facts, has been shaped to see the trade as cruel. This has not been helped by its earlier history when large numbers were sent to the Middle East for slaughter, far from an ideal outcome for a country that professes to have a strong record on animal welfare.

Since then, cattle for dairy farms have made up the majority of exports, as can be seen below.

By far the most common destination was China with an average trip time of 18 days (the shortest was 11 days to PNG and the longest 28 days to China [slow boat]). It is worth noting that since 2019 a 30-day post arrival report has been required from exporters and this shows a similar death rate to the voyage, although over a longer period.

Perhaps of interest is a Massey study of on farm ewe deaths in the North Island of New Zealand. The range on farm is from between 2.8% and 15.7% with most years between 8% and 12%.

Given that the live shipments are to cease in April 2023 and apart from the Gulf Livestock which went down at sea with all livestock lost (it  is not included in data but would have lifted the 2020 death percentage to 5.18% for that year) the trade appears to have been functioning reasonably well and while people are always suspicious of what the quality of life is in the ‘new’ country, judging by ewe deaths within New Zealand it can hardly be said things are that glamorous here for animals.

The purpose of the above section wasn’t to show how good or bad live shipments are, but to illustrate the power that public opinion has - as that can be the only reason that the Government has chosen to stop the profitable trade.

This then brings the conversation back to the farm. Basically, New Zealand farmers operate due to the social ‘license to farm’ (LTF). On the surface it may not be as blatant as that and with the disappearance of the international tourist trade for over two years, the economic importance of agriculture has been well driven home, at least for the time being.

However, pressure on government from groups who for a range of reasons, are anti-livestock farming has grown considerably over the last 5 years. This should have resulted in farms responding positively with management techniques that not only benefit animals but also look to be benefitting animals. Unfortunately, judging from what I see little has been done.

The widespread removal of tree cover in the Canterbury region for one certainly looks like a step in the wrong direction.

Climate change has motivated some scientists to look at ways to improve the lot of animals (a cynic might see it as only to maintain their production and little about animal care) with a new research project identifying the gene which identifies animals (dairy in this case) able to cope with growing heat.

Led by LIC scientists they have found that animals with the gene can have a lower rumen temperature by 0.5 to 1.0c. NIWA predictions have the Waikato region having a 50% increase in the number of days above 25c by 2040. At the moment the selected animals have -18% reduced production compared to high genetic selected animals however this will change over time.

So, this gene will help with heat stress impacting on animal performance but does not do a lot to help eliminate the public perceptions of animals ‘suffering’ especially over the winter months. In fact, in the ‘slick’ gene case for heat stress given the shorter hair on the cows coat it may be plausible that these animals are more prone to cold stress.

With the increasing move to establishing riparian strips around waterways which in some cases leading to trees and higher shrubs being planted there are some examples of shelter being established. However, these are few and far between.

At the moment farmers best way of keeping public criticism at bay, whether it is justified or not, is through the establishment of tall hedge-rows around the farm boundaries. A pragmatic response hopefully while the lot of animals improve.

Ever visited a pig farm in NZ? Ever seen chickens crammed into tiny cages? The suffering is real.

There is no humane way to transport animals over long distances and god knows how they are treated at the other end.

I would like to see NZ up its animal welfare and sell a premium product.

Ethics are real and factory farming animals is outdated and frankly dangerous, look at Wuhan and its wet markets.

Feeding animals antibiotics is only done because the conditions they are kept in are unhygenic, its pretty disgusting.

I think you are actually talking about outdated facts, factory farming pigs was banned long ago in NZ and as a result imports of factory farmed pork soared, same with chicken, we have the highest standards in the world.  Ironic huh.  You need to stop living in the past.

Factory farming of pigs has been stopped? You sure? How exactly are they farmed in NZ?

Live export animals are for breeding, not slaughter, in NZ's case.

Oh, nice way not to address the real reason live export for the sole purpose of slaughter was stopped. Did you think, maybe, we had all forgotten the absolutely blood chilling video of Australian cattle at a slaughter house, in, if memory serves me correctly, Malaysia. The reaction was as close to immediate as you can get in these things, and should not be forgotten.

Actually, I don't care if animals are exported for 'breeding', they are going to countries that have little or no legal concern for animal welfare and could easily ending their days in similar ways to that which which I mentioned before. It is hypocritical to have what protection we have, then ship them off to god knows what.

And as for animal welfare here, the very least they need is some shelter and not being up to their hocks in mud in winter with no escape from it.

they are going to countries that have little or no legal concern for animal welfare
And New Zealanders are happy to eat imports from those countries (see earlier comments about chickens and pigs). And imports from countries with worse labour laws and bigger environmental impacts.
Keep the exports of livestock going AND improve on farm conditions for the livestock that stays in NZ. Something that would make a huge improvement is allowing more people into the county that love to work with livestock. Everything is intertwined, just planting trees is not the solution.

Yes but we can't really be responsible for other country's animal welfare standards and labour laws can we?  Although I do take your point.

NZ has the highest animal welfare standards in the world, and that is a fact.

When it comes to meat, I don't call a vegan a consumer because they would never eat it even if it was raised like a royal cow in India.  Wagyu cows have their own masseuse and that won't even convince some people it's ok to eat.  A lot (most¿) of animal rights activists are just plain anti animal farming, no point listening to them because the only outcome they want is to ban animal farming.

Having standards and having them enforced are 2 different things.  MPI does SFA in this area.  It's only SAFE and FarmWatch that actually investigate this.  And then when they provide evidence of harm to animals, the people involved get a slap on the wrist.

Animal welfare standards are relevant until the hunger becomes widespread....

In regards to many of the trees being removed in Canterbury, I find this pretty shocking.  How people can just cut down large trees to make for instance, irrigation easier is beyond me.  I find farming practices like this (and my family owns a dairy farm) disconcerting.

I find this article concerning,  you talk of ewe deaths and bringing them down, this sort of talk will lead to indoor housed animals.

On one hand we have people critical of pig and poultry farming pushing for them to live a more natural life outside.

On the other we have people saying our sheep outside have to high a death rate and should be indoors.