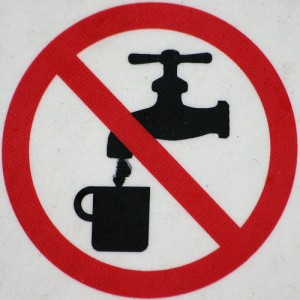 As many as 72,000 New Zealanders are drinking faecally contaminated water, a problem particularly rife in rural communities where subsidies to help safeguard quality have been clawed back.

The situation, highlighted in an Ministry of Health annual review of New Zealand's drinking water, prompted criticism from New Zealand's Green Party which blamed the problem on Government's reduced funding to help tackle the problem

Following a two year suspension of its Capital Assistance Programme to help small communities with populations under 5,000 address water quality issues, Government reinstated funding worth NZ$10 million a year. However, eligibility criteria was made stricter and the amounts reduced to save Government NZ$18 million over five years.

"New Zealanders have a right to clean, safe drinking water and this is just an example of how contaminated water remains a problem for communities who rely on agricultural production. The decrease in water quality is a reflection of the government's decision to cut funding to the Capital Assistance Programme."

Norman said, it is hard for local community members to speak out because the livelihood of those around them would be directly affected. The Green Party is advocating for improvements to be made to water treatment plants.

According to information obtained by the Green Party under the Official Information Act while some District Health Boards have managed improvements since 2010 with water quality, 30% of DHBs said the freeze on funding had been a "limiting factor" to improving  drinking water and monitoring regimes.

"At a time when nearly half of our lakes and most of our lowland rivers are classed as polluted, and these are the source of drinking water for many communities, the Government needs to be investing more money into helping communities supply clean, safe drinking water, not less," said Norman.

Health Minister Tony Ryall has said previously that local authorities are responsible for their own water quality.

Water polluted with faecal material has been strongly linked to a single-celled celled protozoan parasite called cryptosporidium, which can cause acute gastrointestinal infection in humans.

New Zealand is known to have one of the highest rates of cryptosporidium in the world. Between 26.1 and 32.3 new cases  per 100,000 population are reported each year. Incidents are particularly high in autumn and spring.

(For more see this medical journal report from Epidemiology and Infection.)

1.0 Key Issues
A number of issues have emerged from this review.

Gee - wonder whether JK's got a scientist up his sleeve prepared to say this ain't true;

New Zealand is known to have one of the highest rates of cryptosporidium in the world.

A NZdairy farmer says: Bloody hell, why water when we have milk !!

Nothin wrong with rural water here...hoik the dead rats and sheep from the supply once a year...adds depth to the coffee.

Steeped in knowledge - and so much more Wolly.:)

I suspect you think I am joking....the quality control amounts to a gork in the mug of water to see if there are any swimmers....then it's into the microwave ...not me, the mug of water!

Yeah I caught that...must have been pretty awful bloody water to start with...top pools are UV treated and as clear as can be...bet Hollywood make a film about it....

The permit for the pool had expired 6 months previously .... yet it was inspected by an official , who said that all was well .....

There's gotta be a movie in this !

Most of our smaller district councils are cash strapped and haven't been able to afford infrastructure upgrades necessary to their sewerage and water treatment plant.  Hence there was a central government fund set up to assist them with those capital costs, but looks like National's parred that fund back.

So, yes, they're talking tap water - and it mainly affects the smaller communities.

Is that a freudian slip or just a typo..?