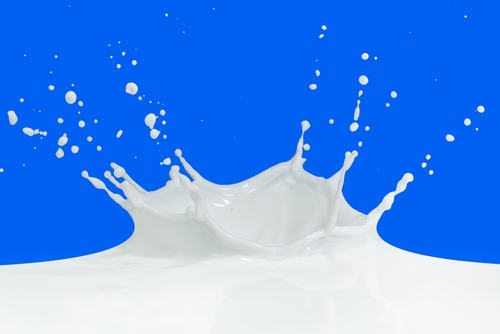 Fonterra's interim earnings have dropped sharply in line with the co-operative's projections, but it has maintained it's record cash payout forecast for the year.

The co-operative said that net profit after-tax fell 53% to $217 million. However, the company had previously forecast a big drop in profits this year. Crucially, it has retained its forecast Farmgate Milk Price at $8.65 per kilogram of milk solids, the full-year dividend at 10c per share and therefore a total projected payout of a record $8.75.

Chief executive Theo Spierings said that the outlook for dairy products remained strong, and the business had "plans in place to profit from the continued rise in global dairy demand".

"Global dairy commodity prices, however, remain volatile. While we are maintaining the current forecast Farmgate Milk Price, we will continue to review it and update the market, as required."

Fonterra Co-operative Group is on track to deliver the highest-ever returns to Farmer Shareholders and the New Zealand economy, with a forecast Cash Payout of $8.75.

Chairman John Wilson said the forecast Cash Payout – comprising a forecast Farmgate Milk Price of $8.65 per kgMS and an estimated dividend of 10 cents per share – is strong compared with last season’s final Cash Payout of $6.16 per kgMS.

“A forecast Cash Payout of $8.75 represents a $13.8 billion injection into the New Zealand economy. An estimated 50 cents in every $1 of payout is spent by our farmers locally, meaning the benefits will be felt in urban as well as rural communities[1],” said Mr Wilson.

“Our current Season forecast reflects sustained strong milk powder prices which, on average, are ahead by US$1,200 per tonne compared to last season.

“Although we are forecasting the highest-ever Farmgate Milk Price returns and have achieved strong revenue growth, NPAT is down 53 per cent to $217 million. Normalised EBIT is also down 41 per cent to $403 million, compared with the very strong earnings in the first half of last year,” said Mr Wilson.

The first half has been exceptional for the Co-operative, as a result of high volatility driven by record demand for milk powders, resulting in a 21 per cent increase in revenue, said CEO Theo Spierings.

“We processed as much of this milk into the higher returning milk powder product streams (Reference Commodity Products) as we could. However, our current asset footprint meant that around 25 per cent had to be processed into cheese, casein and other Non-Reference Commodity Products which earned negative returns over the period,” said Mr Spierings.

“The past six months has been a period of mixed fortunes for the Co-operative,” said Mr Spierings.

“Volatility is a fact of life in dairy. We are very focused on delivering a consistently strong Farmgate Milk Price, as well as stable and growing earnings over the medium to long term.

“Higher dairy commodity prices have put increasing pressure on margins in our consumer and foodservice businesses. We had to strike a balance between passing on rising costs immediately or continuing to build our market presence to secure long term growth.

“Taking the longer term view has constrained profitability during this run of strong commodity pricing, but we are positioning ourselves for the future with consumer and foodservice volumes in key strategic markets like Asia (up 10 per cent, excluding Sri Lanka which was affected by the temporary suspension of operations in August 2013).

“Being disciplined with operating expenses, which were flat for the period, contributed to our ability to offset some of the rising input costs,” he said.

“Our V3 business strategy developed in 2012 has accurately predicted growing demand for dairy in emerging markets, and that demand would outstrip supply growth,” said Mr Spierings. “The past six months have shown that the trends identified in our strategy are moving faster than expected. We are focusing on five priorities:

“We need to ensure our farmers can confidently grow supply. We are in a competitive market for milk, so retaining and growing our New Zealand supply is always a priority. Returning the highest Farmgate Milk Price is crucial, as good returns enable our Farmer Shareholders to cover their rising costs and to invest in their farms and futures.

“To support on-farm growth we are successfully offering more flexible supply contracts which offer staged payment options for Shares. We have also provided more financial flexibility for Farmer Shareholders by piloting a Guaranteed Milk Price scheme, enabling them to lock in the price paid for a percentage of their milk. We will continue looking at new ways of providing financial flexibility over the course of this year.

“Delivering the highest shareholder returns means making the products which earn the best returns over time. Since our inception in 2001, we have consistently invested in growing the capacity that counts, especially in milk powders. We will continue down this path but at a faster pace, ensuring assets come on stream ahead of expected increases in milk production.

“We are bringing forward planned capital investments which will provide:
• Greater flexibility to take advantage of relative market prices;
• The additional capacity will reduce forced making of lower returning products;
• The ability to take higher volumes from existing suppliers and new volume from joining suppliers.

“This will result in additional capital expenditure of $400 - $500 million over the next three to four years.

“Even with fast-tracked investments, adding capacity will take time so we also have a programme in place to increase throughput in existing plant during the 2015 financial period.

“Milk sourced in New Zealand will always be our top priority. But it is also important we maintain our global view of both manufacturing and milk supply to ensure a win-win for Fonterra and our Farmer Shareholders,” said Mr Spierings.

“Looking ahead, the outlook for dairy remains strong, and the business has plans in place to profit from the continued rise in global dairy demand,” said Mr Spierings.

“Global dairy commodity prices, however, remain volatile. While we are maintaining the current forecast Farmgate Milk Price, we will continue to review it and update the market, as required.”

The Board is therefore maintaining its 65 to 75 per cent dividend payout ratio. It has declared an interim dividend of five cents per share, equivalent to 50 per cent of the forecast dividend for the current financial year. The record date for the interim dividend is 10 April, and the payment date is 17 April.

Nice report Henry.  Looks pretty accurate too.
Looks like we need to shed that DIRA rubbish if NZ is going to have an effective local market

With the payout model upside down (WMP more than products) then earning will fall as the system is geared to payout on WMP (cost) as a portion of value-added sales (revenue).

This sailing thingy Cowboy, is it to the bouy marked  "shareholders" or the one marked "suppliers".

Id agree its smooth but I'd be more inclined to associate that with PR. To many buttermilk lakes, dumped tanker loads and wrong product mixes for my liking. But I am a supplier and biased that way.

I must agree that the buttermilk lake is an issue which I find "questionable" in the extreme.
If a supplier had that kind of "ponding" the company would yank their supply instantly - but because a council signed off on it it makes it ok?!?!?

Dumped loads/wrong orders is always going to be an issue, that it's newsworthy is a good sign of how well its controlled given the volumes and complexities involved.  Even the best safeguards in the world are going to have multiple critical failure, and the more safeguards the more expensive the product will be ... and the bigger mess occurs when the unexpected and unthinkable happens.

But buttermillk lakes and coal mining... thats just dumb, as is DIRA.

One area of comparison I use is computer equipment and portable electronics.  There companies deliberate work the market.  And there is more profit to be made from third parties suing and pushing compulsory monitoring than from the business itself.