The Weekly Dairy Report: Manage the loss is the best most can do as the dairy market falls further

The Weekly Dairy Report: Manage the loss is the best most can do as the dairy market falls further 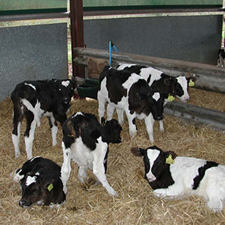 Soil moisture deficits are easing in the dry regions as small amounts of rain have been helpful, although snow and frosts have slowed pasture growth rates in some areas, but these are predicted to improve later in the week.

Weather analysts report that early August soil temperatures are ahead of the norm in many places of New Zealand, and raise the chances of an early spring, which should improve the spirits of many managers after a difficult wet winter for many.

With the arrival of August, calving is gaining momentum, but the busiest time of year in the dairy calendar is coinciding with a very tough milk price market, that will test even those with no debt, and "managing the loss" is the new industry catch cry.

World dairy production jumped by 850,000t in the first 5 months of the year, and with many market destinations carrying plentiful stocks, this is a poor climate for New Zealand farmers to start a new season.

The much awaited Fonterra forecast confirmed the grim outlook with a $3.85 prediction, but it was coupled by an increase in the dividend level to 40-50c/kg ms.

They did also suggest that production will drop by 2%, and offered a 50c/kg ms interest free loan to suppliers to help short term cashflow issues, with a payback when the milk price reaches $6 again.

Oceania prices for the powders reached record lows, and butter and cheese yearly lows to reinforce this market sentiment, and farmers and traders are still culling low producing animals with big numbers selling at saleyards, as managers minimize the capital loss by cashing in on the demand for manufacturing beef.

Calls for the suspension of the global dairy trade auction market are increasing as two smaller players  exited the platform, and Fonterra CEO Theo Spierings suggesting they are trying to minimise the amount of product sold via this system.

Dairy agents report that cow prices have fallen dramatically as demand for lower producing animals disappears, but fortunately the boom in beef prices has underpinned this market from falling further.

Sharemilkers are expected to be hit first and hardest, with the falling cow values making the bankers nervous, and already a liquidation case was confirmed in the Waikato.

Both fertiliser Co-Ops have released big rebate results and have pledged to return these early to help cashflow issues, but such is the magnitude of the downturn, future fertiliser usage will be restricted with many hopeful soil reserves of nutrients will be sufficent to keep pastures growing well.