Dairy farmers surprisingly positive in Fed Farmers poll. But pressure from an extended drought, and unchanged market conditions are what most farmers are expecting

Dairy farmers surprisingly positive in Fed Farmers poll. But pressure from an extended drought, and unchanged market conditions are what most farmers are expecting
31st Dec 15, 9:10am
by Guest 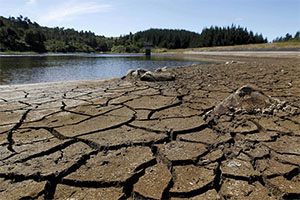 Many farmers have weathered difficult conditions in 2015 and the majority see no relief coming in the New Year, according to a poll conducted by Federated Farmers.

Over 1,100 members were surveyed in the run up to Christmas, with 52% saying they expect market conditions to stay the same. Only 29% predict improving conditions, with 19% forecasting worse times to come.

Confidence is greatest among dairy farmers, who are continuing to battle low milk prices. 41% of the dairy farmers surveyed are forecasting improved market conditions compared with 29% overall, 19% for the meat and fibre industry and 17% among arable farmers.

“Despite low interest rates and international wins such as TPP, agreement at the WTO to abolish export subsidies and the prioritisation of food production at the COP21 climate change talks that will deliver long term benefits, 2015 will be remembered as a year of low milk prices and adverse events such as droughts and floods that have impacted farmers’ bottom lines and put New Zealand’s biggest sector under enormous pressure,” says Federated Farmers President Dr William Rolleston.

“It is encouraging to see relatively higher levels of optimism among dairy farmers after what they have faced in 2015, however we need to remember the degree optimism for improvement reflects the current market for dairy products verses sheep and beef - the latter having fared better than their dairy counterparts in the last year.”

“More generally this result suggests we have another tough year on the way and that’s certainly the way it’s set to start in much of the South Island where the El Nino summer is creating a drought that grows worse by the day,” Dr Rolleston said.