Allan Barber looks at the past, present and future of the meat industry

Allan Barber looks at the past, present and future of the meat industry 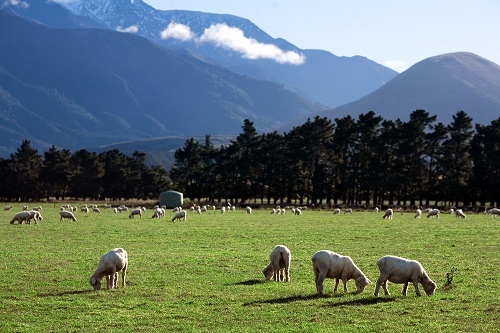 I gave a presentation recently to a Beef + Lamb Field Day about the meat industry. I briefly reviewed the history of the industry, the impact of certain key events and the influence of politics leading up to the 1985 election. I then gave an appraisal of the present covering the last 30 years, post subsidies, when the sector had to modernise fast; and lastly I took a punt on predicting what might happen in the foreseeable future and how farmers and meat companies might have to adapt to survive and flourish.

For the purpose of presenting these thoughts to interested readers I have divided the presentation into three parts which will be published separately. The first part is a review of the first 100 years and how this period determined the structure of the industry.

The New Zealand meat industry, as we know it today, was born in 1882 when the first shipload of frozen sheepmeat sailed to the UK. This sowed the seeds of more than 130 years more or less guaranteed acceptance of one of the major outputs of our farming sector. One could also argue it consigned us to becoming an offshore farm of the UK, especially for that large part of our history leading up to the point when Britain joined the EU, or Common Market as it was known in 1973.

The high point of sheep farming profitability dates back to the 1950s when wool prices hit their peak, but falling global demand and high production saw prices drop sharply in the late 1970s, at which point the Meat Board, the dominant industry force for many years, introduced measures to guarantee minimum prices. Politicians like Robert Muldoon saw farmers as the geese that laid the golden eggs, hence the plentiful subsidies available, but by 1985 this had become unsustainable and New Zealand was in danger of defaulting on its financial obligations. This was the point when everything changed.

Another significant factor until the 1980s was very tight industry regulation which meant the Meat Board had almost total control over the whole industry as well as giving the farming sector an enormous amount of political influence. Many government ministers were from the rural sector, often graduating from Federated Farmers to political prominence. The Chairmen of the Meat Board was one of the most powerful people in the country. Meat processing was heavily regulated and it was nearly impossible to get a processing licence. Once processing was deregulated, entrepreneurs like Graeme Lowe turned plant technology and efficiency on its head.

In the last 40 years, the emphasis has come increasingly on beef production, both of prime beef and dairy origin cattle. The American market really took off in the 1960s, an era when beef prices reached unprecedented highs due to the growing trend towards fast food.

Since the removal of subsidies and restrictions on building new capacity, farming and meat processing have become much more efficient than they were, simply because they had to. Otherwise there would have been a total collapse of the red meat sector. However the closure of old, single shift plants covering several hectares also came at great human and financial cost and some meat companies closed for good. The Meat Workers Union which held meat processors to ransom has lost much of its influence with the increased efficiencies and more flexible employment laws.

In parallel with the decline in sheep numbers, on farm productivity improved enormously through better genetics, a higher lambing percentage, greater survivability and heavier weights. Demand for our lean beef for the American fast food market has continued to grow and we are lucky enough to have a significant beef quota into that market which takes about 50% of our total beef output.

The irresistible change in land use from sheep and beef to dairy, forestry, horticulture, viticulture and lifestyle blocks has been a major feature of the rural landscape for the last thirty years. This has required a much greater degree of efficiency by farmers and processors alike to produce the desired product quality, quantity and specification for increasingly sophisticated global markets. The days of shipping frozen carcases for sale through high street butchers have gone for ever.

What is missing from the report is how Islamic client requirements radically changed slaughtering of animals and the importation of 5000 Muslim slaughter men while the traditional teams of Maori slaughter men were given the boot. And how the home market is now practically all Halal meat although no mention is made of this anywhere. All meat imported from NZ into the UK is Halal but never labelled denying consumers their right to choose whether to buy Islamic certified meat or not. Then there is the issue of how animals are killed. Under Islamic law they cannot be stunned first as this prevents them from hearing the words of Allah while dying in agony. Animal rights activists are remarkably silent about what is going on in New Zealand slaughter houses and little is known how the animals are treated prior to slaughter and during the process.

We want all Halal meat to be labelled now!

You're wrong about Halal slaughter in NZ, Tommo. NZ law requires all animals to be stunned prior to slaughter. This has been accepted by Halal certification authorities overseas.

I'm sure you'll have a better understanding of the situation here in NZ when you've read this: http://www.mia.co.nz/industry_information/FAQ-halal/index.htm

now we are dependent on China for a huge portion of our meat/wool and dairy exports, ok so we found a market outside the UK, but to be so dependent on one country could turn out to be an unwise move.