The Weekly Dairy Report: The Milk auction moves upward again but most agree it will be a long slow haul

The Weekly Dairy Report: The Milk auction moves upward again but most agree it will be a long slow haul 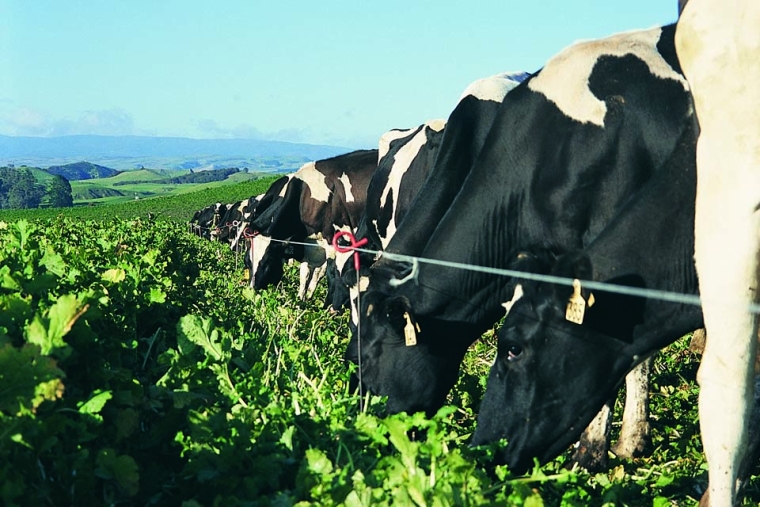 After more rain last week the weather has now turned into a more winter mode and snow and frosts slowing pasture growth significantly.

Even with the recent moisture, ground conditions are still good for pasture and crop utilization, as the rain has been quickly absorbed into the dry sub soils.

The dry off is now nearly complete, and with gypsy day this week the new season is the main focus, as managers look to regain BCS onto cows and ensure pasture covers are at the optimum by the spring calving.

The annual change around with men and dairy stock was completed with little fuss, as the numbers moving was lower than previous years, and reflects the current difficult financial status of the sector.

Fonterra announced a slow start to milk pricing at $4.25 for the 2016/17 predicted payout, and dairy farmers worried this is a $1/kg below breakeven.

They have promised a better advanced payment in September that is 15c/kg better than last year, but at these rates cashflows will be under extreme pressure for most of 2017.

Westland have lead with $4.55-$4.95/kg ms and an advance that at $3.80 is well ahead of it’s big rival and proof that big is not always better in milk processing.

The milk futures contracts have started slowly with conservative offers but a positive milk auction this week that rose by 3.4% (SMP up 12.1%) was another sign that the long slow rise has started.

The Primary Industries Minister is looking at legislation to unlock some of the controls imposed on Fonterra as a result of it’s near monopolistic position when it was created, as now increased milk processing competition has eased the need for such entitlements.

Hi , Keith W if you are watching, what interest rates are fonterra lending at? And if rates go up what will be the affect on Fonterras' position for borrowing..?

Oz and Kiwi supermarkets relying on their export of IM to China.
Relying on such trade as baked in sales forecasts. Thats despirate.

Mr Banducci told analysts that supermarket sales were also being affected by severe deflation in fresh foods and reduced sales of infant formula due to changes in Chinese import laws.

And doing nothing for the value or buyer perception of food brands. Unforgivable. Unforgettable.

The moral of that story must be that Fonterra should be direct selling its Anchor range online.
Problems? There are always problems...

Got some bad news for you

British shoppers have noticed that their favourite Anchor butter tastes different - with the explanation being it's no longer from New Zealand.

In Britain, the famous Kiwi brand is used by European dairy company Arla. Until recently, Arla had shipped over New Zealand butter made by Fonterra, but has now switched production to its British facilities.

The Arla logo has been added to block butter packs, but the company has faced a number of complaints from disgruntled customers who were unaware of the change.
http://www.nzherald.co.nz/business/news/article.cfm?c_id=3&objectid=111…

What a pickle.
A debacle on the same scale as the Air New Zealand shareholding of Virgin.
http://www.afr.com/brand/chanticleer/how-virgin-australias-john-borghet…

and more on Volatility

The close of a chapter Crafar wise. Mays sent down for 8 years.
http://m.nzherald.co.nz/business/news/article.cfm?c_id=3&objectid=11651…