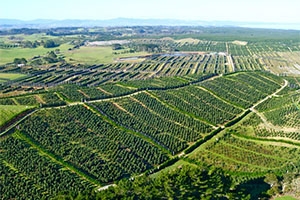 Europe’s fruit and vegetable sector is facing radical change, with far-reaching consequences for fresh produce suppliers and retailers not only in Europe, but also New Zealand, according to a visiting international horticultural analyst.

Ms van Rijswick said changing market dynamics were presenting challenges and opportunities for the horticulture industry, with opportunities across the supply chain enhanced by advances in technology, innovation and logistics.

“Just as in New Zealand, European suppliers are operating in an increasingly complex and changing market, as they need to deliver product that caters to changing shoppers’ needs and behaviours,” she said.

“With consumers looking for ‘value’ over ‘volume’, they are often willing to pay more for tastier, convenient and sustainably-produced products.”

“Indeed, out of all southern hemisphere-exporting countries, New-Zealand is the best positioned to take advantage of this,” she said. “New Zealand has a good reputation with high-quality fruit, efficient growers and strong exporters.”

This premiumisation trend had also seen particularly strong growth in the berry sector (both in the fresh and frozen categories), Ms van Rijswick said, with significant growth foreseen over the next five years.

The health attributes of berries and their versatility as an ingredient in smoothies and dairy products is also behind the upswing in demand, she said.

“We are also forecasting a revival in the demand for stone fruit,” she said,” driven by investment in new varieties, which is expected to ramp up demand for plums and peaches – from fairly stagnant levels over recent years."

“Another very high growth category is avocados. This is a global phenomenon, just like berries.”

In contrast, Ms van Rijswick said, ‘staple fruits’ and fresh vegetables were expected to exhibit stable and, in some cases, declining growth in the coming five years – as freshcut and frozen fruit and vegetables gain market share from the whole fresh and preserved categories due to their ‘value’ proposition.

She said while demand out of Asia for fruit and vegetables was increasing, Europe was not expected to become a significant supplier into the Asian market.

The opportunities in Asia, for New Zealand horticulture however, were very good.

“The misfit between European varieties grown on the one hand and consumer preferences in Asia on the other, is proving to be an impediment for European fruit and vegetable exports into Asia,” Ms van Rijswick said.

“For example, the apples grown in northern European countries are not the super sweet and very colourful ones that are preferred by Asian consumers."

“In addition, the culture of doing business and the fact that governments in Asia have not granted access to certain European fruits from certain countries are also obstacles. Trials to export apples, pears and bell peppers have not resulted in large export volumes yet.”

Given New Zealand’s proximity to Asia however, it could certainly be a growing market for the New Zealand’s horticultural sector to tap into, she said.

“New Zealand is very well positioned to tap into the Asian market. New Zealand exporters have been able to diversify their exports over a large number of countries in Europe which makes them very resilient. Resilience and robustness is becoming increasingly important with the uncertainty and volatility we see globally. High dependence on only one market is risky in today’s fickle global geopolitical and economic climate.”

Ms van Rijswick said she did not foresee Europe and New Zealand becoming fierce competitors in fresh fruit and vegetable export markets, however the frozen and processed market would remain competitive. ”Especially for frozen processed potatoes, which is Europe’s second largest fruit and vegetables export product,” she said.

Ms van Rijswick said fruit and vegetable suppliers not only had to keep abreast of new market dynamics, but also the “drastic change in the retail environment”.

“While it is unlikely that the ‘hard discounter’ retailers, which now have around 20 per cent of grocery market share in Europe, will enter New Zealand, we will definitely see an impact from online players in New Zealand,” she said.

The growth in the online retail model is a ‘game changer’ for the value chain, Ms van Rijswick said, with 25 per cent of Western European fresh produce expected to be bought online by 2030 – up from rates of between two and five per cent across much of Western Europe.

Ms van Rijswick said online sales of organic fruit and vegetables were already proving popular, while Europe’s population density lent itself to the online retail model, as well as the consumer preference for convenience products.

“Europe is moving towards smarter supply chains that are not only shorter, but more transparent, and it is those suppliers that are efficient and integrated that are likely to be successful,” she said.

New fruit and vegetable varieties, production systems (such as protected cropping technologies) and data use are also increasing in prominence, she said, and this has seen solid lifts in productivity and sustainability.

Ms van Rijswick has been analysing the EU fruit, vegetables and floriculture sectors for 15 years and has published reports on potato price volatility in Europe, rising EU berry consumption, sourcing complexity in the fresh produce business, the impact of online grocery retail on fresh produce suppliers and trends in the prepared produce sector.

Let's see how much the fruit and vegetable sector is affected by environmental issues like the Healthy Rivers plan, by the Waikato Regional Council.
Most of the vegetables grown in the Waikato and Franklin areas around Pukekohe and Tuakau are grown on rolling to moderate hill contour, and they don't seem to use buffer zones and riparian planting like other types of farms do.
Many vege growers follow virtually none of the environmental best practices that will be required when the Healthy Rivers Plan is passed and they are required to work on Land Environment Plans in order to get consent to continue farming.

Coincidentally some of the big players in horticulture such as Balle Brothers are moving a lot of their operation to areas like Matamata or the central plateau where they won't be restricted by the Healthy Rivers plan, and the terrain and climate allows more flexibility from an envoronmental and operational perspective.