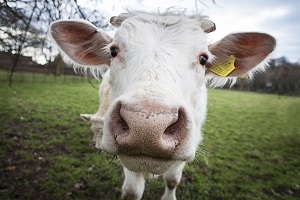 Farm sales and prices remained largely flat in July although dairy farm prices have improved, according to the latest figures from the Real Estate Institute of NZ.

However REINZ cautioned that care needed to be taken when interpreting dairy farm price trends in the winter months because the low volume of sales could distort the Index figures.

REINZ rural spokesman Brian Peacocke said weather and its effect on farmers had been to the fore in the rural property market.

"Weather patterns across the country contained extremes in temperature and either a shortage or surplus in rainfall depending on location," he said.

Continual wet weather had been a particular problem in north Canterbury and the Waikato, he said.

While the working farm market remains steady, the market for lifestyles blocks continues in boom mode.

The total value of lifestyle properties sold also hit a new record of $6.81 billion in the year to July.

"Reports indicate supply barely keeping abreast of demand, which given the time of year, leads to speculation as to how the market will perform during the coming favoured months of spring," Peacocke said

So the price has gone up over 23% in a month (ie 3mnths to July compared to 3mnths to June) Bollocks!!!
REINZ you are a joke.