Keith Woodford cautions the high levels of uncertainty around dairy prices. He is still working on a farmgate payout range of anywhere between $4 and $6

Rural News
Keith Woodford cautions the high levels of uncertainty around dairy prices. He is still working on a farmgate payout range of anywhere between $4 and $6 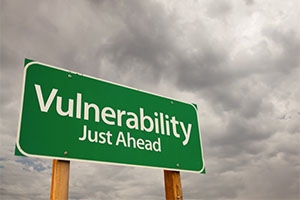 There has been no earth-shattering change in market fundamentals that would cause this mini-boom. So either the buyers were misinformed back in July when they were reluctant to buy, or they are misinformed now. Or perhaps this is just the way of global commodity markets in a crazy volatile world.

On the demand side, we know that international trade for both WMP and SMP is largely driven by the oil-producing countries who import dairy products and also by China. On the supply side, the big exporters are Europe and New Zealand.

Oil prices are still stuck in the doldrums, with both WTI and Brent oil both at about $US45 per barrel. This compares to around $100 per barrel for the period from 2010 through to August 2014 when both the oil and WMP downturns began.

Although the current $45 per barrel is considerably better than back in January when prices dropped to less than $30, these prices provide no spare cash for the oil-producing countries to purchase WMP and SMP.  As for China, no-one including the Chinese has a clear understanding as to the available stocks, but there is nothing I can see to suggest that a milk powder shortage has emerged.

There is a certain logic to those behaviours; these buyers don’t mind paying good prices as long as all the other middle-men are paying good prices. The survival trick of the game is to try and keep parity with one’s competitor middle-men. But what this leads to is lots of volatility.

So the question becomes what spooked the buyers to emerge from the shadows and rev-up the prices over the last six weeks? Did they see a looming supply deficit coming from either Europe or New Zealand?

European milk production has now turned. The latest comprehensive statistics are for June, and these show production was about two percent lower than June 2015. However, production was still about seven percent higher than in June 2013, before farmers started organising for the quota-free future. July and August production will probably show further declines on June, but caution is appropriate in coming to quick conclusions given the diversity of conditions across Europe.

What we do know is that the same mini-wave of dairy optimism that has reached New Zealand’s shores in the last few weeks has also reached Europe.  As an example, spot prices for raw milk in the Netherlands are currently 34 euro cents per kg milk (4.4 percent fat), compared to only 17 euro cents back in April. In Italy, the spot price has risen to 35 euro cents from 22 euro cents back in April. Most European farmers are not yet seeing these price increases in their milk cheques because of long term contracts, but the message is being heard.

So European farmers will already be figuring out whether these prices cover their variable costs and they will be giving thought as to whether they should or should not be producing more milk. In this regard, the big differences from previously are that there are no quotas to hold them back, and feed is cheap.

Although Europe keeps good statistics on stocks of SMP – currently there is at least 330,000 tonnes of government-held intervention stocks which have to come back on the market – there are no statistics as to WMP stocks, which are held privately. However, given that New Zealand has undercut the EU on recent Algerian tenders, which the EU typically wins, there is likely to be some WMP product that is now looking for a market elsewhere.

So that leaves New Zealand supply as a key driving variable to explain the mini-boom. We need to ask what is the perception and what is the reality?

There is no doubt that Fonterra has sought to convince the market that supply will be down this year. They certainly got ahead of themselves when they announced that June milk production was down 10 percent, and that news travelled globally. The correction a few days later that June production was in line with the previous year was less newsworthy and travelled much less widely.

July production from Fonterra was down 1.4 percent, but this was largely because of loss of market share to other processing companies. Overall New Zealand production in July was actually a record, up 0.2 percent from 2015, which in turn was more than 15 percent above any previous year.

Since then, Fonterra indicated on 25 August that ongoing production is down “around four percent”.  This needs to be considered in the context that production last August was strong (before a horrible September).

However, there is lots of uncertainty out there. Some months ago I was working on the assumption that New Zealand production would be down somewhere between six and ten percent this year but there is huge uncertainty about any of these numbers. What is clear is that that there are some hungry cows around in the North Island, given the trend to lower supplementation, and also impacted by the after-effects of facial eczema from last autumn. The combination of lower supplementation and the ever-present risk of a North Island summer and/or autumn drought has the potential to bite hard as the season progresses.

If the current prices for powders continue throughout the season, then a payout of $6 now looks feasible, although still a big stretch. However, that assumption about powder prices is very brave. Quite simply, no-one knows, and no-one will know for many months.  I am still working on a range of anywhere between $4 and $6.

For those who doubt the above statement, then they might wish to recall that last season Fonterra confirmed a prediction of $4.60 in December, which did not change until 28 January when they reduced it to $4.15. The final payout for 2015/16, yet to be confirmed, is expected to be $3.90!

This year, the most bullish of the commentators have come from ASB, who for many months have been predicting $6. (Prior to that they were predicting $6.50.) They may be right, but it seems worth noting that last year they predicted $5 in September, which turned out to be $1.10 too optimistic. By December they were predicting $4.60 which still proved to be 70c too high.

The obvious option for those who seek to minimise risk is to sell a futures contract for milksolids (MS) on the NZX. As I write this, these contracts have been selling for $5.25 per kg MS, which means that farmers can effectively lock in this price for the current season.

These contracts link directly to the final Fonterra payout, but can also be used as a risk management tool by farmers supplying investor-owned firms such as Open Country, Synlait, and Miraka, all of which set their prices to align with Fonterra. The futures contracts work less well for Westland and Tatua suppliers, for whom prices can be very different to the Fonterra prices.

The note of caution about futures trading is that it is not a game for the uninitiated. Farmers wanting to go this route need to set up a facility with their bank to meet any margin calls. And they need to learn the rules of the game. Currently, farmers have sold contracts for a little under ten million kg MS, with this mainly being larger farmers who have invested in the time to learn how the system works.

Thanks Keith. A few facts dont go astray on this story.

Interesting on buyer trends, sounds likely patterns here. Dairy is still very vulnerable with high NZD climbing, although can't do much about it. Worst case scenario another $4 payout

Kiwi can go a lot higher if the US economy looks like it may need more stimulus. Helicopters anyone?

and from within China - 3weeks ago.
http://www.moderndairyir.com/hongkong/01117/announce/317/EN/_YEfJnHU9uJ…

During the first half of 2016, total consumption on dairy products in China presented a slow growing trend as macroeconomic growth slackened. Imported whole milk powder kept on entering the market of China with low prices in recent years, leading to more intensive competition in the domestic market. A decline in raw milk prices further deepened the conflict between the farming and processing segments of the industry, a large number of small-scale farms exited from the market, while excess supply of raw milk was seen in some large-scale farms, with a declining trend in profitability. Under the impact of a slowdown in macroeconomic development and intensive domestic market competition, the operating environment faced by the dairy industry in China is challenging this year.

Although market competition was more intensive, however, with increasing per capita disposable income among ordinary Chinese residents, more and more consumers in China were able and willing to spend more on dairy products of superior brands and higher quality. As there was still ample space for increases in the
per capita consumption volume of dairy products, together with the implementation of the Two Children Policy, the size of the consumer group for dairy products was larger, and the demand for quality raw milk from consumers increased persistently. In the long run, there are still enormous growth potential in the dairy industry of China with a stable growth trend.

still all over the show

Why did Fonterra want to get in to running Farms.......do one thing and do it well, don't be a dabbler

I think it was a requirement of them selling milk powder to China. They certainly know how to squeeze you dry those fullas.