Even though we gain so much from open international trade, it is ironic some here are blind to these advantages. Allan Barber thinks the benefits should be celebrated here more

Even though we gain so much from open international trade, it is ironic some here are blind to these advantages. Allan Barber thinks the benefits should be celebrated here more 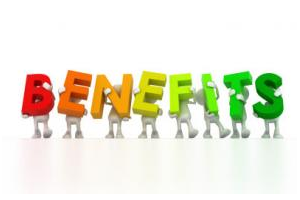 Just when we thought New Zealand was about to enjoy the benefits of several new agreements, not least TPP, the world appears to be growing more and more averse to signing up to trade deals.

There is a distinct trend towards self-reliance and protectionism among countries that have up to now been champions of the benefits of free trade, most obviously sizable blocs of voters in the United States, EU and Great Britain exercising their democratic right to protest.

The problem with free trade for disaffected voters is the direct connection with the theories of liberal economics and the rise of capitalism which have dominated the global economy for the last quarter of a century.

When the benefits of capitalism were shared, resulting in generally higher prosperity, free trade was seen as a force for good, but in the years since the GFC capitalism has got a bad name, deservedly so in many cases.

Economic hardship has not been shared equally – banking directors and executives were responsible for billions of dollars of shareholder losses, but most of them have got away with it and many continue to receive bonuses in spite of the losses.

The sophisticated tax avoidance structures set up by major corporations like Apple, Google and Amazon, confirm the evils of capitalism to the average person in the street. So the net result is a growing minority, even a majority, of the public who don’t trust the large corporates, merchant bankers or politicians. Therefore, capitalism, of which free trade is an important component, is increasingly seen as a force for evil instead of good. Against this backdrop of mistrust, it is hardly surprising free trade agreements between or involving first world economies are running into headwinds.

Mega agreements like TPP and TTIP between USA and EU appear doomed to fail in spite of years of negotiation and approval by participating countries, not so much because of the implications for removing restrictions on free trade, but because of the dispute settlement resolution mechanisms and perceived loss of control implicit in this type of agreement. A significant proportion of the public doesn’t trust the politicians and trade negotiators to protect democratic rights in their eagerness to sign ever bigger trade agreements. Other non-Democratic trade partners like China attract less protest from their population quite simply because their political system does not require them to satisfy the electorate or comply with the basic principles of democracy.

New Zealand is almost entirely dependent on free trade because without it we wouldn’t be able to sell much of the country’s output and would soon get indigestion and run out of foreign currency reserves. It would be a very short drop into recession. We must inevitably attempt to conclude new free trade agreements wherever possible, while also extracting the full benefits of all trade agreements, old and new.

This is where Trade Minister Todd McClay now intends to focus the ‘trade refresh’ programme, recognising the opportunity to get more out of what we already have, as it becomes more difficult to negotiate high quality trade agreements. Trade negotiation resources are relatively scarce and it is important to target carefully where we direct and devote those resources. An obvious example of an existing FTA which hasn’t yet delivered to its full potential is the China agreement where meat plant accreditation for frozen meat products is not as comprehensive as it should be, while chilled meat exports, announced with much fanfare during John Key’s visit earlier this year, have yet to begin, pending finalising customs protocols and plant accreditation. Dairy in general and infant formula in particular are areas which will also benefit from targeted effort.

Variations to existing quota arrangements with the EU and UK may need to be negotiated, although Special Trade Envoy Mike Petersen expressed some doubt about whether this would even remotely be a priority for them, amid all the other priorities. A greater threat may be posed by the UK negotiating a free trade deal with Australia which new PM Theresa May has said is a priority. As part of such an agreement, Australia would gain much greater access for beef and sheep meat than it currently has and this would directly affect the amount of New Zealand lamb imported regardless of quota. New Zealand must continue efforts to negotiate its own FTA with the UK, while also trying to keep its EU FTA’s place in the queue.

It is ironic New Zealand should have to demonstrate the benefits of free trade to ordinary New Zealanders because of its critical importance to the country’s prosperity, but at least a segment of the population seems to agree with counterparts in the USA and Europe that globalisation has led to inequity.

The government must not only push on with trade negotiations, but it must also sell the benefits to all New Zealanders.

New Zealanders are not stupid Alan. They are told increased GDP is good, but they can't see it in their paypackets nor in the profit of their businesses. Same with free trade.
If the politicos said increased incomes was the objective NZers might be convinced. But notably the politicos don't quite commit to that. Instead they talk of GDP and Trade and it comes over as seeking wriggle room.

What will be the long term effect of globalisation on NZ businesses? The way things are going farmers will no longer own land. just as first home buyers are being forced out of the market. It's not a matter of working harder, the market price for assets in NZ is now based around zirp pricing and yet most of us have to pay 4 to 6%. We are being ripped off. We can't compete, these trade deals just feed us to the lions. Free trade but not fair trade. All they talk about is how well NZ will do from these deals, but we won't have ownership of the success.

Which of the current ones would you want to get rid of Tim for the betterment of NZ?

The short term gains are meaningless if in the long run we lose ownership. Beads and blankets deals. Would we really be worse off as a country if we hadn't had the dairy boom or the Auckland housing boom? We would have a lot less debt. Wages and milk prices haven't changed much.

Gosh, who would have thought...

Hillary's latest emails remind us again what the free market ideologues have in store for us; a "hemispheric common market with open trade and open borders". Actual conservatives have already seen the writing on the wall but liberals are still mostly trapped in their utopian visions of a vibrant technological future of perfect tolerance and inclusion. The pointy headed economists and technocrats are still confused as to why people hold on to their sense of connectedness and particularity as opposed to embracing radical individualism in a free market that brings rapid demographic shifts in its wake. Did they not read the 500 page 'free' trade deals? It's all gravy. IYI (intellectual yet idiot) is a good descriptor for these types.

If these free trade deals were so well conceived, why do we run a current account deficit every year since 1973? Somehow it is always easier to sell assets or borrow against them than make a profit and earn a living. There is something deeply wrong here. Stop pretending you know what it is.

These deals are about transfer of ownership not economic growth.

Free TRADE is fine, so long as that is all it is, but these agreements we've been signing are far from that, aren't they, Mr Barber. It is not advisable to pee into the wind.

Reality.
See that overseas pays more for NZ G&S than Kiwis.
Sell everything to other nations at that higher price.
Claim Kiwi's now need to pay market price
Increase price, and reduce supply to Domestic Market.

Overseas Trade to NZ
Theory.
We gain access to a greater variety of goods at a lower price.

Reality.
Distance, clipping the ticket by a million and one intermediaries, RRP price setting(Some would say fixing), and local rights holders enforcing their rights, usually see us pay a lot more, and we still have reduced options.