Allan Barber takes a look at how the value of meat products are shared between producer, processor, retailer and all intermediaries on the way

Allan Barber takes a look at how the value of meat products are shared between producer, processor, retailer and all intermediaries on the way 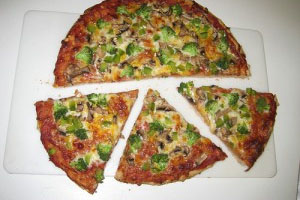 I’m not a frustrated farmer who has to worry about the prospects for the new season or put up with receiving less money than expected for my stock, but for the sake of sanity and balance I believe it to be necessary to examine the factors affecting market returns.

After a very relaxing holiday blessed by good food, wine and weather, I returned to find the north had been hit by almost incessant rain, meaning a late spring, and the meat industry beset by rumours of procurement wars combined with dire livestock predictions.

At least while I was away, I had caught up with the OIO decision in favour of the Shanghai Maling investment in Silver Fern Farms which, unless you are rabidly opposed to the deal, is good news.

If anything it suggests more not less meat industry stability, although conspiracy theory would indicate a future probability of a newly capitalised SFF swallowing up Alliance, now suddenly the poor relation in the deep south. This depends on several factors, such as SM’s appetite to invest more capital in an industry with mediocre returns and spend money on a war, the success or failure of Alliance’s cost reduction and marketing programmes and its ability to convince suppliers of the advantages of belonging to a pure cooperative.

However nothing I have heard or read actually convinces me the bad old days of the 1990s, when procurement competition was at its peak, are about to return.

Of course only time will tell, but a lot of things have changed in the industry – it is much more efficient across the board than 20 years ago, the senior executives are driven less by testosterone and more by rational business principles, the companies are all much better capitalised and there is much greater cooperation between the companies and within the total industry.

The main debate is, and will always be, about what makes up the value of the product and how this should ideally be shared between producer, processor, retailer and all intermediaries on the way. Apart from forward contracts, the weekly schedule is the key determinant of the price paid to the producer, the schedule being calculated from a basket of global prices that represent all the different cuts for the species in question less processing costs. There will be seasonal premiums applied when necessary to attract livestock during times of scarcity.

The other part of the debate concerns how much of the product value should be captured by the final seller, normally the retailer.

My perspective on this has always been that, for better or worse, the retailer takes the largest amount of risk, unless a sale or return contract has been negotiated, unlikely when a perishable product is shipped from the other side of the world. New Zealand’s meat industry has occasionally dipped its toes in ownership of overseas assets, but generally this is too costly to undertake with any long-term commitment.

SFF’s deal with its Chinese partner appears to have the advantage of overseas investment without the need to come up with any capital, but only time will tell whether this arrangement is beneficial or the equivalent of selling the company’s soul to the devil. The proof of this particular pudding will be in the amount of product sold through the partnership and the impact on livestock prices paid to suppliers.

To get an idea of whether New Zealand farmers are worse off than farmers in other countries is almost impossible, given the variations in government support, regulations, costs of doing business, retail environment and trade agreements. But I have tried to compare this country with Australia which may provide a useful benchmark, although like all comparisons this one is fraught with difficulties and inconsistencies.

The first point concerns labour costs which in Australia have consistently been higher than other countries including New Zealand according to a number of international consultancy studies over the last 25 years. However this does not seem to be reflected in the respective shares of the domestic retail price in each market. In 2015 an Australian report by the Australian Department of Agriculture showed the 2014 saleyard price of a steer was 36% of the retail value of the primal cuts, while a calculation by B+LNZ the same year suggested the ex-farm sale price of lamb was 34% and prime beef 35% of retail. A more recent study by B+LNZ across both species indicates the on-farm component is 49% of the total FOB value, while processing and added value make up 30%.

These figures do not allow any firm conclusions about trans-Tasman price relativity, but it’s worth noting a comment from Sydney based Aginfo which says there is currently “a massive transfer of margin to cattle producers which is unsustainable”, caused by a battle between the major Australian retailers which take 30% of all beef produced in Australia. Although exports are the main price determinant, the size of the domestic market makes it a more important player than in New Zealand.

If our meat companies were guilty of making exorbitant profits, farmers could be forgiven for feeling badly treated, but on balance New Zealand farmers seem to be quite well served.

Actually before Mr Barbers' experiences in the meat industry the procurement wars arising out of over capacity in the 1970/80's were a heck of a lot more rapacious & destructive than the 90's. Correct me if I am wrong but I do believe at that time Mr Barber was in the textile business at the ill fated Mosgiel. Anyway the industry was blundering along like a herd of lemmings & getting ready for a cataclysmic day of reckoning until one PM called Muldoon decided to safeguard the vital rural vote & introduced the SMP's. That in the end cost the NZ taxpayer well over a $ billion and accelerated production at a time when, in terms of market, it desperately needed to be restricted. Actually came close to wrecking the industry and was the root cause of the eventual demise of established giants such as Waitaki, W R Fletcher, Borthwicks & don't forget Fletcher Challenge were stupid enough to get involved & proceeded to lose a packet. A wise old player in the North East once said you are only worth what your product is worth. Let's call him Longtack! PIty more big executives didn't know that one. Perhaps today too few still haven't worked it out either.

"At least while I was away, I had caught up with the OIO decision in favour of the Shanghai Maling investment in Silver Fern Farms which, unless you are rabidly opposed to the deal, is good news."
With that, Mr Barber, you have given me permission to fire with both barrels over this "good news".
You know, it seems to me you haven't actually woken up to the fact that the control Silver Fern Farms has gone to the CHINESE COMMUNIST GOVERNMENT who 100% own Shanghai Maling and have the final say over anything. Good deal? Oh, seriously, Mr Barber, do you think people just came in on a cabbage boat or something?
On from that, the closure of two plants and the obvious loss of jobs - we all knew it was going to happen, it was just we thought we would be referring to a calendar for the time frame in which it happened, not our bloody watches.
Call me a conspiracy theorist if you like, but it WILL mean in the not too distant future, foreign GOVERNMENT control of all of our meat industry, it will be even more comprehensive than our forestry or our wine industry which are now this country's in name only and in your dreams.
Foolish move!

China will have more say here than NZ electoral voters. Under globalism national brands are meaningless, time to rename the NZ all blacks, "the adidas all blacks"