The Weekly Dairy Report: Optimism on the upturn surges with another strong dairy auction

Rural News
The Weekly Dairy Report: Optimism on the upturn surges with another strong dairy auction 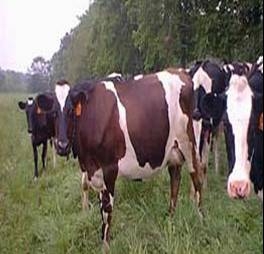 The country continues to enjoy plentiful feed conditions due to regular November rains, although some farmers are wanting more sunshine for lamb finishing and to stimulate crops.

Baleage volumes are strong as farmers harvest the surplus feed, some to boost supplement reserves, others because stock shortages for grazing options are limited, and this is the only option.

Growing use of beef bulls, mainly Hereford, is being seen for the non replacement side of the dairy herd, as demand grows for dairy beef bulls and heifers for finishing.

The $6 forecast by Fonterra has been followed by Synlait and bettered by Tatua ($6.00-$6.50), but Westland and Open Country lag behind by 25-50c/kg ms, as Chinese milk powder imports lift by 15% as their stocks get low.

Farm confidence rates have moved considerably in the latest survey, with the sector much more optimistic on the future after the lift in dairy prices.

Analysts are now saying $6 is a given, and more could be in the offing, and those banks with a big exposure to the sector will be breathing a big sigh of relief.

The Dutch look to a big reduction of dairy cow numbers to meet the EU phosphate and nitrogen leaching obligations from 2017, and this could be a stark warning for NZ farmers how environmental regulations could restrict on farm production in the future.

The EU sells 22,500 tonnes of skim milk powder out of it’s intervention stocks and the release of this product may put a handbrake on future price increases with this product.

The Westland Milk Products AGM was filled with a very big crowd of angry shareholders disappointed in the poor performance of their company, and listened as the new leadership reported confidence in the strategy but stated there is no short term fix to the companies present position.

Another milk plant with a big Chinese investment " turns the first sod ", as Mataura Valley Milk enters the market with plans for added value milk products and the loss of market share in Southland for Fonterra.

Come the new year, expect nothing out of Australia. Nothing super about the supermarkets. We repeat.

It turns out that, under existing Australian competition law, Woolworths did nothing illegal by telling suppliers to cough up extra cash because, in Woolworths' opinion, the suppliers had been doing all right and Woolies needed the money to meet its failing profit forecasts.

Nothing new Henry. Fifteen odd years ago Countdown in NZ used to ask for "voluntary" donations of upwards of $5k per supplier to pay for their annual conferences for their department managers. Your attached article is right that without continuing supermarket support a small food manufacturer could easily go out of business. Times got so bad they started demanding access to our internal costings to assess if there was room to renegotiate our terms of supply.