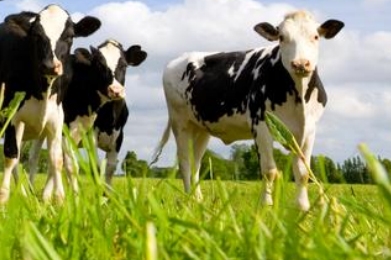 The NZIER has released a Report commissioned by DCANZ on the dairy trade's economic contribution to New Zealand.

These are the key points made in the Report:

This report shows that dairy continues to make a significant contribution to the New Zealand economy.

Despite the recent drop in global dairy prices, dairy remains New Zealand's largest goods export sector, at $13.6 billion in the year to March 2016. Over the past five years, average export revenue has been $14.4 billion.

Dairy export growth has averaged 7.2% per year over the past 26 years.

Dairy provides jobs and incomes for over 40,000 workers…

Dairy employment has grown more than twice as fast as total employment, at an average of 3.7% per year since 2000.

It has created jobs at a faster rate than the rest of the economy in all but 5 territorial authorities across New Zealand.

The sector paid $2.4 billion in wages to dairy farming and processing workers in 2016.

…and plays a crucial role in supporting regional economic development

Dairy provides over 1 in 5 jobs in three territorial authority economies (Waimate, Otorohanga, Southland); and over 1 in 10 in a further eight (Matamata-Piako, South Taranaki, Hauraki, Waipa, South Waikato, Clutha and Kaipara).

Dairy farming supports a range of supplying industries: in 2016 farmers spent $711 million on fertilisers and agro chemicals, $393 million on forage crops and bought over $190 million of agricultural equipment.

The dairy farming sector provides around $400 million of intermediates to the meat processing sector.

DairyNZ estimates that farmers have spent over $1 billion in recent years on environmental management systems such as effluent systems, riparian plating and retiring sensitive land, or about $90,000 per dairy farm.

The processing sector has also made substantial capital investments in the past four years, adding over $2 billion to New Zealand’s capital stock. 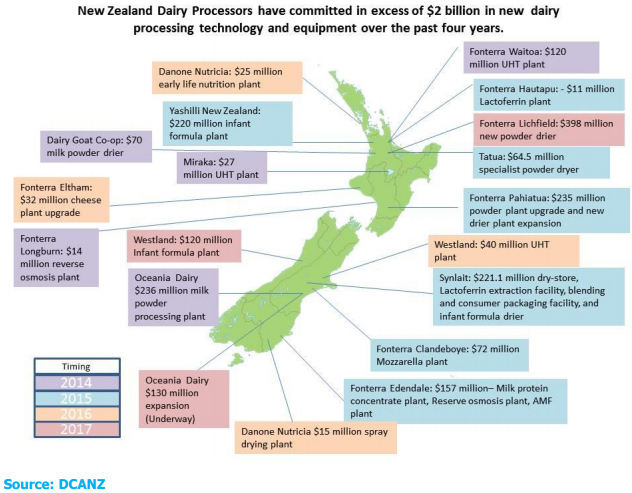 If all global dairy tariffs were eliminated, and New Zealand’s milk production is held constant, the value of New Zealand’s dairy exports would increase by $1.3 billion, generating a $1.03 billion increase in New Zealand’s nominal GDP.

This provides an indication of the value of historical dairy tariff reductions due to multilateral, plurilateral and bilateral trade negotiations, or the benefits of preventing any backsliding towards trade protectionism.

The writers ignored tourism, about same as dairying and undervalued horticulture by only using the wine figures.
Hort is about 7 billion half of which is drunk locally. That is a credit to us.
The shining star unmentioned is farming students which is three billion and that doesnt include escalating property values.
Still, dairying has to get marks for effort.
That is a sort of Fred Dagg look at it.

FT has a article currently that is and interesting read for those that think big is better.
What raspberry farms can tell us about inequality
‘The simplest economies tend to be the most unequal; the more sophisticated ones are more equal’

I thought it may encourage farmers to become globally dominant in raspberrys but no...it suggests that diversified economies are sophisticated with less problems of inequality.
A good read if you can.