In identifying carcase quality, Allan Barber says the more cautious New Zealand approach appears to offer farmers better value than an expensive industry investment in an unproven technology to be adopted in Australia

In identifying carcase quality, Allan Barber says the more cautious New Zealand approach appears to offer farmers better value than an expensive industry investment in an unproven technology to be adopted in Australia 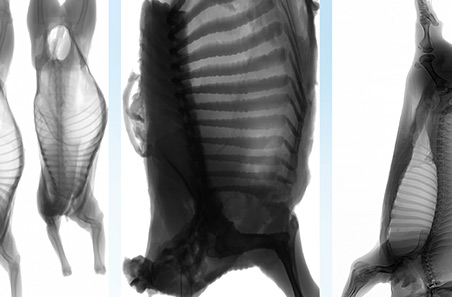 Objective carcase management (OCM) appears to be the holy grail for Meat and Livestock Australia judging by its plan to seek A$150 million from the Australian government to fund the installation of Dual Energy X-ray 3D carcase grading technology (DEXA) in up to 90 slaughterhouses, intended to roll out this year. The loan would be repaid from industry levies, although there are no firm details yet about how the costs would be shared.

When MLA announced Project 150 in November 2016, the Beef and Sheep Councils of Australia were both in favour, but the executive officer of the Australian Beef Association came out saying it shouldn’t be the producers but the processors who paid for it. More recently both the processor funded Australian Meat Industry Council (AMIC) and levy funded Meat Processor Corporation (AMPC) have come out against rushing into such an expensive project without proper analysis and a robust business case.

There is also a difference of opinion about just how ready DEXA actually is. MLA claims it is ready to go, whereas the processor organisations state it is still being trialled and is far from operationally and commercially proven. The other debate is about whether the technology will transform the whole supply chain, as claimed by MLA, which according to AMIC is ‘entirely disproportionate to the nature and dimension of the issues to be addressed.’

Prime motivation for the MLA’s announcement seems to be the need to establish producer confidence in the independence of the carcase grading and pricing process, as well as responding to the recommendation of the ACCC’s report into the cattle and beef supply chain. One processor asked the pertinent questions whether the introduction of OCM technology was to satisfy the politicians and offer MLA’s levy payers an expectation of higher farmgate returns.

The fact is several Australian abattoirs are already well down the track towards introducing OCM, but it is unclear whether the DEXA technology is the best answer. Universal adoption would presumably entail the loss of money already invested by some of the processors.

Some New Zealand red meat farmers reading this will almost certainly be on the side of MLA, believing firmly they are underpaid for the carcases they supply, while others will probably be content to rely on the traditional grading system in use here. Some will already be sending their livestock to a processor offering yield grading on lambs or beef cattle.

But one thing is certain: objective measurement and grading won’t necessarily produce any more money for the total product sold, unless there is also a quality improvement. There is a feeling Australian farmers believe OCM will automatically bring about higher returns for the same product which won’t be the case without an improvement in product quality. This of course is not a good reason for continuing to pay every supplier based on an average return regardless of quality if there is a better method, although in New Zealand the official Meat Board carcase grading system has proved to be pretty reliable.

New Zealand’s meat processors have made moves towards the introduction of payments for specific carcase attributes and a number of suppliers are already rewarded on the basis of carcase quality and yield. For over twenty years ANZCO and AFFCO have been paying for prime beef according to pH levels, meat and fat colour for supply to the Japanese market, while Silver Fern Farms evaluates similar attributes of beef quality for its reserve range. SFF has also trialled DEXA technology for lamb processing, while introducing X-ray technology about seven years ago to run its robotic cutting programme and this has been developed further on its other lamb chains, so that suppliers can receive feedback on carcase conformation.

The most systematic reward system for lambs is Alliance’s Viascan which has been in operation for a number of years. Unlike DEXA this is 2D technology, but in the opinion of livestock manager Murray Behrent Viascan has proved itself to be consistently reliable at standard chain speeds; it will no doubt be superseded in time by a superior technology, but the system produces individual data for every lamb processed through the Alliance plants. This data measures lamb carcase quality and yield and all shareholders can qualify for a premium above schedule based on how closely each lamb grades to the perfect lamb. Perfection carries a premium of $13.50 per carcase and, while nobody has qualified for the hypothetical maximum, some farmers earn as much as $9 extra per lamb.

According to Behrent the big gain from Viascan for both Alliance and shareholder suppliers has been an improvement in carcase quality which naturally results in better returns. By using the information from Viascan, farmers can achieve improved live weight to carcase weight ratios and lamb quality, as well as making better genetic decisions. This in turn has led to better conversion of feed to live weight, enabling farmers to get their lambs off the farm sooner than before.

In an environment of tight returns for sheep and beef, the more cautious New Zealand approach appears to offer suppliers better value than an expensive industry investment in an unproven technology.

*Allan Barber is a commentator on agribusiness, especially the meat industry, and lives in the Matakana Wine Country. He is chairman of the Warkworth A&P Show Committee. You can contact him by email at allan@barberstrategic.co.nz or read his blog here ». This article was first publsihed in Farmers Weekly. It is here with permission.

Carcase? - that's a case car assembly plants used to use for shipping

No - I have always spelled it that way and it is also in the Oxford English Dictionary as an alternative to carcass.