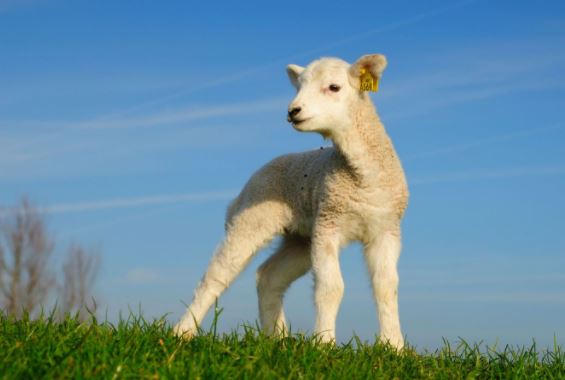 A recently published report entitled The Future is Another Country by British consulting firm, Ferguson Cardo, attempts to describe a positive picture of post Brexit Britain, using the example of New Zealand in the 1980s as proof of what is possible. The authors base their hypothesis on certain key events, including the removal of subsidies, dismantling the producer boards’ funding model and compulsory acquisition rights, and a refocus away from the UK towards Asia.

New Zealand’s experience is cited as proof of how a major change in a country’s economy and trading environment demands a revolutionary new approach which initially produces a sharp and painful shock, but over the longer term results in a massive improvement. The report accepts New Zealand’s reforms were in response to a serious fiscal crisis which affected the economy as a whole, not just agriculture, while the UK is not, or at least not yet, in anything like the same serious condition.

It is this substantial difference in the respective economic conditions of New Zealand in the 1980s and the UK today which makes me wonder whether our experience is particularly relevant to post Brexit British agriculture. The one major similarity is the importance of subsidies to farm income, although New Zealand farmers were not as dependent on them. Under the EU’s Common Agricultural Policy (CAP) UK farmers receive subsidies of about GB Pounds 3 billion (NZ$5.7 billion) which make up 70% of the average farm income.

However that figure is very small in the context of the total British budget of GBP784 billion. In contrast with New Zealand’s agricultural trade surplus, the UK has a deficit of GBP21 billion in food and beverages. The only sector with a trade surplus is drink while fruit and vegetables and meat are substantially in deficit. The UK’s self-sufficiency ratio which measures total food production including exports as a percentage of total domestic consumption has declined steadily from 70% in 1988 to 61% in 2015.

The relevance of Brexit is demonstrated by the importance of the EU to UK trade: 60% of its food exports and 70% of imports in 2015. Within the overall context of British trade, the agri-food sector is nothing like as important as in New Zealand, but farming is synonymous with the English countryside and of enormous importance to British tourism. Farmers must continue to be subsidised to ensure they maintain the environment, whether in or out of the EU. The challenge for the UK government is to plot a careful path between removing subsidies after 2020 and having to continue paying farmers what they currently get from the CAP.

This depends on the terms negotiated of exit. A good trade deal would enable a gradual reduction of subsidies because trade would remain largely unaffected; if, as appears more likely, the process takes longer than two years and the UK has to exit without negotiated terms, there will be some tough decisions – traditional trade with EU trading partners will be subject to high tariffs and hard to maintain at previous levels, putting huge pressure on exporters of all products, and subsidies will be essential to keep farmers afloat.

This of course has implications for New Zealand’s trade with the UK and EU, with both of which our trade negotiators hope to conclude FTAs. The problem with concluding an agreement with the UK is that it is prohibited from doing so until after Brexit. Our lamb trade with the UK will be sensitive to a reduction in the present level of lamb trade between the UK and EU which would automatically mean more product staying at home. Conversely there may be more opportunity for New Zealand product into Europe to fill the gap, as well as much greater potential for beef.

Using New Zealand in the 1980s as a case study, the Ferguson Cardo report suggests there is potential for recovery and regrowth in a post EU subsidy Brexit world. However this will depend on the government having the vision to redirect expenditure from unprofitable farm subsidies to “world-class bioscience and technology businesses.” The report makes the valid point the greatest areas of potential are not in Europe or North America, but in Africa, China and Russia which have the ambition, but not the capability or capacity to produce. The major opportunity for post-Brexit UK is to lead the development of scientific and technological solutions to these problems, because, as is the case in New Zealand, the country’s farms cannot even begin to fill the supply gap.

The report also confirms the very low proportion of revenue earned at the farm gate which mirrors the experience in this country. But it fails to clarify exactly how the farmers of tomorrow can capture a larger share of added value by inserting themselves into the global supply chain to service the regions of greatest demand. The vision is compelling, the analysis of the problem reasonably correct, but the transitional process from today’s farming practice to the future state of nirvana is somewhat sketchy.

There is a big difference between New Zealand’s reforms of the 1980s and the authors’ proposed solution for the UK: our farmers adapted their farm practice, increased productivity and application of technology, opened up new markets and made significant land use changes, but farmers are still farmers.

This vision for the UK’s future appears to be based entirely on building a whole new agribusiness sector on science and technology to service vast swathes of the world’s population, while a drastically reduced group of landowners will be subsidised to maintain the environment in England’s green and pleasant land.

I don't see much synergy, the UK imports a lot of it's food as high as %40 (?) but we export most of our food. I think the UK consumer will still want local grown fresh food and I think the EU will still be the major exporter to the UK.
https://qz.com/716156/the-british-import-a-quarter-of-their-food-from-th...

I'm more worried about the 1.5 trillion of private debt and when government and unfunded liabilities are added it's over 4 trillion.