Allan Barber see some huge improvements in agricultural sector fortunes from the work being done now with the Primary Growth Partnership programmes, but most of the benefits are still some way off

Allan Barber see some huge improvements in agricultural sector fortunes from the work being done now with the Primary Growth Partnership programmes, but most of the benefits are still some way off 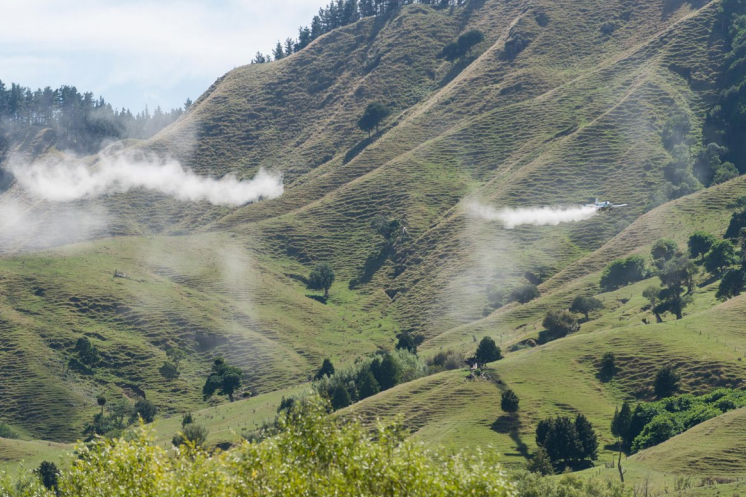 It is eight years since the Primary Growth Partnership programme was announced by the then recently elected National Government. At the end of 2016 there were 20 projects under way and just two completed, but 30th June sees the completion of FarmIQ, the largest of the red meat sector programmes. This seems to be an appropriate point to evaluate the success of PGP, in particular the six meat and two wool programmes which have been allocated total Crown and industry funding of $342 million.

The key point about PGP is its funding structure, with the taxpayer and industry putting up approximately half each, thus ensuring industry commitment to a better than even chance of a successful outcome. Nevertheless, as a general principle, the larger the amount of money invested, the greater the difficulty of measurement and the wider the potential for missing the target.

The two largest programmes across PGP are FarmIQ with a combined budgeted investment of $124 million and Transforming the Dairy Value Chain’s worth $161 million. The remaining meat and wool programme reaches a grand total of $241.6 million including the Red Meat Profit Partnership ($64 million investment), FoodPlus ($58.2 million), Sheep Industry Transformation ($33.2 million), Omega Lamb ($25 million), Marbled Grassfed Beef ($23 million), Wool Unleashed ($23 million) and Passion 2 profit ($15.4 million). Collectively the red meat and wool programmes aim to achieve $3.1 billion of annual benefits by 2025, while the Dairy Value Chain programme targets annual benefits of $2.7 billion by 2020. If all this is achieved, the meat and wool projects will deliver a 7.7% ROI and the dairy programme 16.8%.

A review of the programme updates and stock takes provides a good summary of how the individual programmes are progressing, but, as always with calculations of benefits achieved, it is virtually impossible to judge how accurate the projections will be. But undoubtedly one outcome will be an agricultural sector much better off than would have been the case without the investment, although farmers may not yet be able to see how these programmes have directly benefited them. Inevitably it will be several years after the PGP has wound up before attribution of benefits is possible, while other factors will have intervened to fudge the results. More important, not all farmers will be affected equally, whether because of differing regional effects and farm size or, more likely, inconsistent uptake across the sector.

FarmIQ began in 2010, so it is timely to review how much has been spent and what progress has been achieved to date, although the forecast benefits of $1.1 billion aren’t scheduled to kick in fully until 2025. The programme’s stated objective was to establish a demand driven integrated red meat value chain from pasture to plate which, seven years on, doesn’t appear much closer to fruition, although there are some promising signs.

Collier Isaacs has run FarmIQ since shortly after its inception and he told me the individual projects have either been incorporated into business as usual or will be reviewed for continuation within the commercial partners’ business operations. FarmIQ Systems has been established as a separate company and has successfully introduced to measure animal performance, the Genetics project has developed two specific breeding chips which are available to all farmers who wish to introduce those genetics into their flocks, the on farm productivity programme has concluded with more than 1300 farmers taking up the recording and reporting systems, while the processing project finished 18 months ago after the successful introduction of Eating Quality Beef by Silver Fern Farms .

Isaacs had hoped for faster uptake of FarmIQ’s productivity measurement systems, but remains optimistic this is more of a possibility, now the whole exercise is in his words becoming” more of a team sport.”

SFF GM Sales, Grant Howie, is really enthusiastic about the success of the company’s branded product programme; this has begun to realise its global potential following extensive consumer research and a careful introductory period, involving the establishment of the entire value chain system from farm to plant to market. As he says, everything takes longer in the meat industry, and getting farmers to supply livestock to meet Beef EQ specifications has been no exception. Between 1 July and 31 October SFF will offer 40c/kg for EQ compliant cattle, critical to ensuring sufficient product for the high wealth markets, Germany, China and USA being the key destinations. Measurement of lamb eating quality is making slower progress, but Alliance sponsored Omega Plus is also working towards this objective.

The RMPP is aimed squarely at the on farm end of the chain and, although starting two years later, has already achieved notable success including getting industry buy-in to the NZ Farm Assurance Programme, initiating an electronic ASD trial, and improving farmer uptake of new technology.

The benefits from PGP will undoubtedly be increased by the mutually reinforcing interaction between compatible programmes such as FarmIQ and RMPP, while further success will accrue from the other programmes, both meat and wool.

My gut feel tells me the full benefits will take much longer than the next eight years to occur, but longer term there will be some huge improvements in agricultural sector fortunes.

Pastoral farming looks more like a misfortune than a fortune to me.
50% development funding from the goverment and a miserable return to date, but promises of a glorious future.
Compare to tourism, 33% development funding andi it is now NZ biggest export.
And for all its problems tourism has a lower enviromental impact, they probably could sell the virtues of swimable rivers if they existed.
What is a few head on collisions between friends...

Pastoral farming still produces a significant part of our GDP and employs a large number of people, so do you think we should just wave it goodbye? If so what would you replace it with? More dairy presumably.

If I go to the movies and eat out , I believe that the $$ are counted as tourism . Am I correct and if so it's hardly apples to apples?

I include dairying as part of pastoral, its all about grass, drought, flood, enviromental damage and goverment subsidies.
There was an interesting discussion in FT some time ago that mega organisations such as Fonterra are possibly useful for those involved but act against but alternative uses for resources.
If you claim Pastoral is the only possibilty how do you view the growth of the alternative which is horticulture including grapes?
I think the goverment should remove all support for pastoral ( the grass munchers) and the downstream processing, as they removed farm subsidies so many years ago.
When the going gets tough, the tough get going.

What are these subsidies you are referring to? the only assistance farmers in NZ get is a bit of tax deferral during times of drought. No actual subsidies like the UK and the US

Take your point but i was noting the $170 million given to pastoral PGP development projects by the goverment.
By comparison they gave about $2 million to a PGP project for manuka honey, a product expected to grow to a billion dollar industry.
My other point is tourism coughs up 66% of the joint funding, pastoral appears to contribute 50% of its projects.

I'm not sure which pastoral project you are referring to but $170.3m was spent on Transferring the Dairy Value Chain. Make up of that funding is as follows (the govt didn't fund $170m of this project)
MPI 84.6m
Fonterra 40.0m
DairyNZ 29.3m
Minor Partners 16.5m Minor Partners = Synlait Milk Ltd, Zespri, Livestock Improvement Corporation,
NZ Young Farmers, Agricultural Services Ltd, and Landcorp Farming.

It was as a result of research by Fonterra that a discovery was made that had potential benefits to the kiwifruit industry. As a result Zespri came on board.
Estimated benefits to NZ are $2.7billion per year by 2020.
https://www.mpi.govt.nz/funding-and-programmes/primary-growth-partnershi...

Horticulture is a potential alternative but there could be problems if it were to become 'mainstream'. Andrewj wrote on this site a while back that he had no buyer interest in his organic grapes. A grape grower near where I live is taking some of his grapes out and replacing them with orchard trees as the return for grapes is so much lower.

Where I live orchard land is considered 'contaminated land' by the Council. As such, if you want to build a house on orchard land, you first have to check the land for soil contamination. If positive for 'contaminated' then you first have to remove all soil on the ground intended to be built on.
Also water monitoring here also includes copper testing due to the amount of copper cumulatively used in both vineyards and orchards.

CO, here is a list on contaminated sites in HB.
https://static.stuff.co.nz/files/Contaminated-or-potentially-contaminate...