Allan Barber reviews the expanding chilled meat trade to China, finding most processors with advanced plans. But Australia already has converted 7% of its trade to chilled

Rural News
Allan Barber reviews the expanding chilled meat trade to China, finding most processors with advanced plans. But Australia already has converted 7% of its trade to chilled 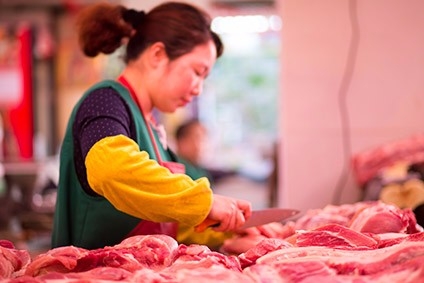 According to a press release from SFF the company’s first sea container leaves this week for arrival early next month, claimed by the company to be the first sea freight consignment of chilled product to the Chinese market which has only recently opened up to New Zealand meat exporters.

However, I have since been informed that the first shipment from Greenlea arrived on 18th August and a chilled container of AFFCO product is already on the water, arriving on Friday 1st September, with a container of chilled mutton being shipped next week.

According to SFF’s press release the company has already trialled small quantities of chilled beef cuts to food service distributors for high end restaurants and lamb cuts to a multinational supermarket chain. But the sea shipment is planned to test the port and supply chain protocols for large scale consignments of chilled product.

The 20ft container will arrive in early September and will be distributed by a Shanghai Maling subsidiary which will distribute the chilled beef cuts to a number of group owned supermarkets in the Shanghai area. The traditional Chinese cuts being sold are secondary beef cuts which would normally be frozen for sale at a lower price, but the distributor will be able to ensure premium positioning and pricing in the supermarkets.

In 2016 SFF shipped $316 million of product to China, the most of any New Zealand exporter, but all frozen as the chilled trial had not been announced until March this year. The new chilled protocol enables product which would have been aged in New Zealand before freezing to be shipped chilled and age during the 21 day shipping period, so it is in prime condition on arrival.

SFF and AFFCO are not the only New Zealand companies which have specified plants licensed for the chilled trial and, among the other processors licensed, Greenlea and Alliance have already sent airfreight consignments of beef and lamb. But sea freight opens up a market with greater sales volume and profit potential which makes this development potentially of great significance to the New Zealand meat industry. Australia which already has a head start on us sells 7% of its meat shipments to China in chilled form.

This piece was first published in Farmers Weekly. It is here with permission. This version has been updated from the original posting.

Gina is way a head. Looking at up to %10 of Aussie beef exported live to China.