Allan Barber says that if the meat industry is serious about taking its products up-market, livestock can't be bought through third-party traders if product standards are important

Allan Barber says that if the meat industry is serious about taking its products up-market, livestock can't be bought through third-party traders if product standards are important 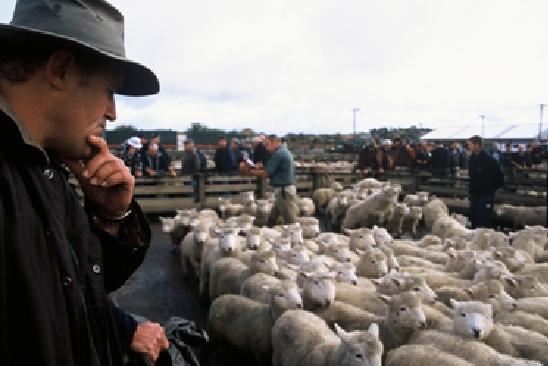 There are large operators, small suppliers, traders and third party agents and, in times of tight livestock supply, the lines between them start to get a bit blurred and the classifications move around, depending on who is making the judgement.

From a competitor’s perspective one company’s large supplier is a trader who is always presumed to earn a massive premium over schedule, far higher than loyal suppliers who don’t have the same bargaining power. Of course it’s invariably other companies that are the guilty parties when it comes to using third party agents, generally the stock firms. As always the truth isn’t quite so simple.

In an ideal world all meat companies would source their livestock from contracted suppliers who would supply guaranteed volumes at the right time to the desired specification; for this they would be rewarded with a genuinely market related payment which provides them with a profit. There would be no prime stock sold through the saleyards because this adds cost and puts another link in the traceability chain. In the real world annoying factors like competition, space availability, weather conditions and market forces get in the way.

But it’s been a long time since processors were able to depend entirely on their own buying team to fill the plant every week, because unfortunately monogamous relationships between farmer and meat works are comparatively rare. In any case before company livestock buyers came on the scene, it was the stock agent who handled sales to the works.

Recently, at least in the South Island, more lines have been bought in the saleyards and sold directly to the meat works which, if processors are to be believed, puts all the risk back on the trader. Meat companies assure me they only pay schedule, agreed premium and headage to the agent based on the slaughter weight and the agent bears the risk of stock not killing out at the right weight and price. However, one senior executive told me the situation in the saleyards this year was “ridiculous” in spite of similar lamb volumes this year compared with last.

As livestock volumes have diminished across the board procurement competition has increased and there has been greater reliance on traders and buying in the saleyards, more so in the South than in the North Island. Alliance is seen as the main aggressor and chairman Murray Taggart accepts the company now tends to lead the field on price, a fact he attributes to efficiency gains with a lot of costs being taken out of the business coupled with price gains in the market. He maintains Alliance does not spend much time worrying about its competitors, but now feels confident enough to run its own race.

Taggart says Alliance is actually much closer to its cooperative principles than before, sticking to price structures of which suppliers are informed at the AGM and supplier meetings. All shareholder suppliers can qualify for specific volume based incentives and a farm quality assurance premium (FQA) which only applies to stock supplied with clear traceability. Only rarely does the company stray outside the specified volumes applicable to a premium level, usually to avoid losing a valuable supplier, but Taggart admits all rules can be broken in case of necessity. To earn the FQA premium the supplier must clearly demonstrate the farm of origin which would generally disqualify any livestock bought through the saleyards.

In the North Island traders have always been an important source of livestock which meat companies have generally been content to use to protect their market share. Warren Robinson is a well-known Waikato trader who buys and consolidates large quantities of cull cows for sale to several processors for which he receives a premium. This arrangement suits all the parties: the saleyards get the yard fees, agents earn their commission, Robinson knows he has more than one buyer who will be willing to pay an acceptable price for a substantial volume of cows, while the processors can fill capacity without having to buy them in small lots from individual dairy farmers who want them off the farm as quickly as possible.

This type of trade is totally different from the chilled lamb and prime beef segment of the market which demands traceability or proof of provenance. This doesn’t mean traders, or preferably large suppliers, have no role to play, especially during the short processing season leading up to chilled Christmas shipments. The difficulty is to distinguish between large suppliers who can meet production requirements from their own properties to those who operate as traders, consolidating lines of lambs from several properties to meet volume commitments.

It would be naïve to expect processors and suppliers to stop dealing through traders and third parties or putting lines through the saleyards because of the traditions and structure of the New Zealand red meat sector. But the industry’s increased dependence on targeting high end global consumers who will be prepared to pay for guaranteed quality demands absolute credibility underpinning the red meat story. This will require total compliance with a tight set of specifications, involving not just eating quality, but also traceable provenance and sustainability of production methods.

In a world of cheaper alternatives, we have no choice but to move up market and we can’t do that by buying or selling through third parties. It’s time to walk the talk!

This piece was first published in Farmers Weekly. It is here with permission.