Silver Fern Farms looks ahead to what it expects from the new season in terms of volumes available and price trends
22nd Sep 17, 8:51am
by Guest 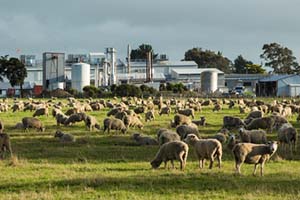 Silver Fern Farms Chief Executive says the new season, which starts on 1 October, is expected to be mixed across beef, lamb and venison.

“On beef, we are at an interesting point. Store stock markets appear over-heated given where we expect volumes and schedules to end up. Current finished cattle schedules reflect a shortage of supply, which is typical at this time of the year. However, once volumes pick up, and assuming the currency stays at current levels, we believe schedules will retreat to more accurately reflect end-market conditions. A number of commentators are pointing towards a recovery in beef volumes out of Australia and the US after rebuilding periods, which we will need to be mindful of. China’s demand is increasing, but not at the near-term pace of this competing supply.”

“We expect cattle numbers in the coming season to be similar or slightly up on this season, with some of the retentions out of the dairy herd last year expected to boost bull and even heifer numbers.

“For lamb, China and US demand is currently strong. In October we will head into the European chilled supply season which should hold up farm gate prices. Once through that, we expect the total return from lamb to decrease given the greater frozen mix. We would normally see a $1.00/kg rule of thumb difference in value from the Christmas chilled period to the main part of the season – everything else being equal.

“We expect lamb numbers to be up this coming season. All the feedback we are receiving is that the North Island in particular has seen good lambing. Volumes may well be up 5 – 10 percent and back through 20 million lambs nationally processed next season.

“Venison markets remain very strong given the lower supply out of New Zealand. Market prices in Europe and the US remain up on last year, and new premium trim markets in the US are adding to the overall value being realised. We see a continuation of these current market conditions.

“We expect venison numbers processed to be similar to the current season at around 280,000 - 300,000 as the national herd continues to slowly rebuild.”