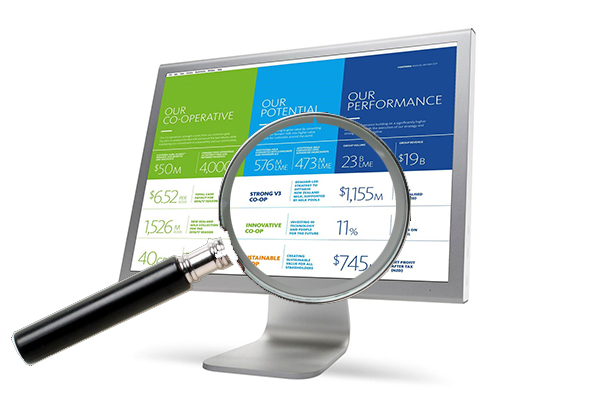 Fonterra’s 2017 financial performance was a solid result, despite profits dropping 11 percent to $745 million. The main cause of the drop was the higher farm-gate price of milk supplied by its farmers, which is a cost to corporate Fonterra.

This farm-gate price is based on commodity returns and is largely beyond the control of Fonterra. The decline in profit would have been much greater if it were not for a six percent reduction in operating costs.

It is these operating cost savings which have fuelled the more than $5 million bonus payments this year to CEO Theo Spierings. These savings can be directly attributed to the so-called V3 strategy which was Spierings' baby.

The V3 strategy caused stress and heartburn amongst many Fonterra employees, including considerable numbers of staff who were made redundant back in 2015. But this year the results thereof have come through into the bottom line.

Fonterra has an enviable position as a commodity producer with cost leadership. This is driven by large-scale modern plants, an ability to switch between commodities as prices fluctuate, sophisticated logistics, and tough internal disciplines.

Fonterra has made good progress this year in Australia after many years of tribulation. Until now, Fonterra’s Australian operations have been an ongoing running sore with some major losses going right back to New Zealand Dairy Board decisions prior to Fonterra’s formation.

Fonterra has recently been aided in Australia by managerial and governance incompetence of the Murray Goulburn Co-operative. This has resulted in a flow of suppliers to Fonterra at precisely the time Fonterra needed new suppliers for their new Stanhope cheese factory, replacing the old Stanhope factory destroyed by fire in December 2014.

Murray Goulburn has been the largest Australian milk processor for many years, with about 30 percent of the market. However, the consequences of an undisciplined entrepreneurial CEO, combined with a Board that failed to scratch below the surface of the massaged information flow they were receiving, are now changing the fabric of the Australian industry. This year, it looks like Fonterra will be the ‘Number One’ processor in Australia.

Fonterra has been quick within its Annual Report to congratulate itself for overall value-add performance. The public-relations machine is expert at steering around any messaging speed bumps that might have otherwise have spoiled the story.

Fonterra reports that it has increased the amount of milk allocated to consumer products by three percent and foodservice by 27 percent. The combined total is now 5.5 billion litres of liquid milk equivalent (LME), comprising 24 percent of its global production. Fonterra says it is on track to reach 10 billion LME allocated to consumer and foodservice by 2025, but the journey thereto has not been laid out.

It is not easy to decipher the amount of New Zealand milk sold in these value-add products, versus how much is Australian and South American-sourced milk. My reckoning is that over half of the consumer products come from milk sourced outside New Zealand, with those products sold mainly in the home regions of production. In contrast, most of the foodservice products are sourced from New Zealand.  But within the report itself, one will not find answers to these questions.

To retain its position in the growing mozzarella market, Fonterra will need a growing 12-month milk supply to match its growing mozzarella processing capacity. This will be challenging to achieve within New Zealand’s dominant seasonal-production system.

Attempts to analyse Fonterra’s consumer product performance is somewhat thwarted by Fonterra bundling foodservice and consumer products together. However, they are very different categories.

Scratching below the surface, it is evident that Fonterra is rapidly building strength in foodservice but making slow progress in consumer products. The key consumer-product exceptions are butter from New Zealand, cheese produced and marketed in Australia, and a range of products produced by Fonterra’s Chilean company, Soprole. Progress with Fonterra’s UHT milk in China is more difficult to assess. Infant formula is struggling.

The headline result for the China Farms is of a turn-around, with an EBIT profit of $1 million compared to a $59 million loss last year. However, scratch hard below the surface and it becomes evident that this profit is based on internal transfer pricing, with the milk then sold for a loss of $NZ38 million. So, the overall situation is that the China Farms operations generated a loss of $37 million this year even before any allowance for servicing of the $789 million capital invested in China Farms. Surely, there is still a long way to go!

Given these outcomes, it is not hard to understand why Fonterra’s earlier aspirations for 1 billion litres of China-produced milk have been scaled back to about one third of that amount, plus some additional joint-venture arrangements with Abbott.

The Beingmate venture appears deeply troubled. Fonterra owns 18.8 % of this company and the shares were purchased in 2015 for $NZ755 million (3464 million RMB).  At the end of Fonterra’s 2017 financial year (31 July) they were worth approximately $462 million (albeit suspended at the time from trading) and since then have dropped in value to $411 million (using stock-market traded values for 29 September 2017).

Fonterra has booked a Beingmate loss of $76 million in this year’s accounts, comprising $35 million of capital value plus a $41 million share of Beingmate’s operating losses. It did not publicly identify any booking of losses for 2016. This suggests that Beingmate is in the Fonterra balance sheet at approximately $679 million, some $268 million above current market value.

None of the Beingmate losses are included by Fonterra within the China EBIT profits of $209 million. This is because these numbers have been ‘normalised’ (scrubbed) to remove ‘abnormals’.

The ongoing problem with Beingmate is that it seems likely to bleed further in the coming year. Fonterra’s farmer shareholders and fund investors will need to keep their fingers crossed on that one.

Chairman John Wilson states in the Annual Report (p5) that Beingmate’s troubles need to be interpreted in the context of overall milk markets in China.  He states that “Beingmate’s performance, while very disappointing, is a reflection of China’s market conditions, which remain challenging for everyone in the infant formula market due to the impact of regulatory changes”.

However, to state that conditions “remain challenging for everyone” is less than accurate. One only needs to look at this year’s post-tax profit rise for The a2 Milk Company (ATM) from $NZ30 million to NZ90 million. The dominant driver of this has been sales of its Synlait-produced ‘a2 Platinum’ infant formula to China. Both ATM and Synlait have been soaring on the share market.

The overall infant formula market to China has also been expanding rapidly. So, the Fonterra message has indeed been shaped and polished for public relations purposes. Amongst the winners and losers, Beingmate and Fonterra have been losers.

In the week following the announcement of Fonterra’s results, the share price as determined through the Fonterra Shareholders Fund (FSF) rose from $6.10 to $6.21. So, the overall results were much as expected, with no big surprises.

Fonterra’s shares currently provide a dividend return of 6.4 percent (40 cents on a share valued at $6.21).  Unlike ordinary company dividends, these shares are not franked, and shareholders are therefore required to class the payments as taxable income. In the current share environment, this could be considered a high dividend return relative to the price of the shares. This in turn implies that the market is cautious about future profits and future capital gain.

Market caution in regard to future capital gain is no doubt influenced by the low profit-retention figure of only six cents per share. It raises questions as to how Fonterra proposes to fund the value-add restructuring that it espouses.

Of all the annual reports that I read, it is Fonterra’s that requires the most effort to decipher what is really happening. In part, this is because Fonterra is indeed a complex global company. But it is also because the Fonterra PR machine is ‘hard-wired’ towards ‘good-news’ stories rather than transparency. It should not have to be that way.

"But it is also because the Fonterra PR machine is ‘hard-wired’ towards ‘good-news’ stories rather than transparency. It should not have to be that way.“

Name one organization in NZ, be it public or private, government departments/ministries or universities, SOEs or CRIs, that does not do this.

I'm guessing you have never been to a Fonterra meeting of any sort. They are quite amazing at controlling the direction and flow of the conversation, the Fonterra reps of whatever ranking will all sing from exactly the same sheet and no one is allowed in to the conversation and certainly no diversion from Fonterras agenda.
I'm perhaps not explaining it well but believe me it is quite a sight, I've left hugely impressed while at the same time vomiting at the bullshit story they told.

Yes but as xingmowang says - all companies do it, it isn't exclusive to Fonterra.
Strong shareholder councillors will back shareholders in meetings.
Invercargill meetings are good ones to go to. ;-)

I concur with red cows, and given my experience of the slick if not blatant Fonterra PR spin machine, your Southland meetings are an exception to the rule, Up our way shareholders councilors are very much captive lap dogs, and I think it's designed to be that way.

Xingmowang,
I agree that 'PR massaging' (propaganda) is endemic within New Zealand organisations and institutions. In my opinion, it is not healthy, and it needs to be resisted.
KeithW

Hi Keith, as an aside, in Saigon, I've noticed that Fonterra has started to become more visible in food service. By that I mean that they have key distribution points in the central city, which all serve as both places to distribute product. Both places I've seen are noticeable for their high visible branding is appealing to the HORECA people but also for the curious shopper and consumer. It looks positive for a company that is usually conspicuous for its absence outside sponsoring expat events.