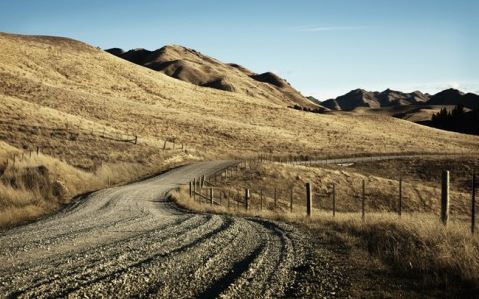 Minister for Agriculture Damien O’Connor has announced the fast-growing drought in parts of the lower North Island would be classified as a medium-scale adverse event.

There are three levels of ‘adverse events’ – localised, medium and large-scale. (These can cover events like droughts, floods, fire, earthquakes and other natural disasters.)

The affected areas are:

The classification gives Rural Support Trusts a $160,000 funding boost to help serve their communities, such as organising local events, arranging recovery facilitators who work one-to-one with farmers, and recovery coordination to ensure everyone’s on the same page. This funding may be increased if needed.

Other usual recovery measures, which may include tax flexibility and income assistance options, will be made available as appropriate in the New Year.

In response, banks are rolling out their support packages.

• Waiving fees for term finance and investments which improve performance and the ability to respond to climatic variation in future years;

• Waiving the interest rate reductions associated with accessing funds on term deposits ahead of maturity date due to financial hardship; and

• Providing access to discounted short-term funding to help farmers get through the immediate challenges while also protecting their long-term productivity.

“Each farm is different, and we can offer targeted assistance, but we recognise that the situation may require more complex solutions for some,” said Mark Hiddleston, ANZ Bank’s Managing Director Commercial & Agri.

“We’d encourage farmers to act early and engage advisors to develop a plan, consulting with their bankers on funding requirements.”

“Farmers are used to dealing with adverse weather, but the impacts go beyond finances and are a major source of stress for some customers,” Hiddleston said.

“Serious weather events cause significant challenges and anxiety. We urge farmers to communicate regularly with their family, advisors – including their bank – and support networks.”

And this is the December 15, 2017 announcement from Westpac:

Westpac is offering to assist its hardest hit customers, as drought-like conditions grip large parts of the country.

Westpac’s Head of Commercial and Agribusiness, Mark Steed said the impact of a severe weather event can be stressful for those affected, particularly in the dairy sector in recovery from the payout slump in 2015/16.

He said the bank is offering financial assistance and is encouraging farmers experiencing hardship to talk to Westpac about how the bank can help them.

“We’re able to assess their needs on a case by case basis and make a decision on the spot, helping to relieve the stress a bit.

“In saying that, farm cash flows have been very good across most sectors and so most balance sheets are in a reasonable position. So we’re suggesting that some affected farmers may wish to talk to us about suspending their loan principal payments for a period, as a good cash buffer is helpful in these periods. There may also be other things we can do,” Mr Steed said.

Westpac has previously offered similar relief to customers affected by natural disasters, including flooding and earthquakes.

Although the Ministry of Primary Industries has not declared an official drought, some farmers in the regions are feeling the pinch brought on by the dry weather.

“We’re conscious that some areas of the country are experiencing drier conditions than normal for this time of the year. Areas such as Southland and the West Coast are particularly affected, despite receiving some rain in the last couple of days; and in the North, coastal Hawkes Bay, Wairarapa, Manawatu/Wanganui and parts of Taranaki are very dry for this time of year,” Mr Steed said.

In some areas, farmers were already experiencing feed shortfalls and having to sell off livestock and store market prices have dropped as a result, he said.

Westpac is talking to farmers about the risks, their options, decision-making and ensuring that farmers are looking at what outside advice and support they can obtain, such as from Rural Support Trusts, Federated Farmers and their professional advisors.

“We are acutely aware that at times like this farmers will come under stress and mental health issues can arise. Depression is a common medical condition and farmers should not feel they are on their own at this time – support is available to everyone,” Mr Steed said.

Westpac is currently assessing how it can help rural communities if conditions do not improve in the medium term.

I will tread carefully – but are these the same banks that at times appear to support, or dare I suggest encourage, a fairly high level of gearing on an industry continuously fraught with international pricing variations and climatic events.
Possibly the best of intentions, however a cynic might suggest merely PR spin – or is it a bit of both – an ongoing effort in protecting a lucrative and somewhat opportunistic lending pattern.
I feel for those doing it tough – the personal cost has been well highlighted of late.
This “fiddle faddle” with fees/penalties etc is of little consequence.
I think a little more focus should be on the various lenders and their behaviour in “good times” – rather than this gratuitous carry on for those that subsequently find themselves at the bottom of the cliff.

Are banks concerned about their lending book in regards to m.bovis? A large herd farmer received some robust questioning from their bank regarding where they sourced their stock from etc. after m.bovis was confirmed in Winton. The farmer questioned, while farming in Southland, farms no where near Winton.

I recall when they brought in NAIT - we had cattle at the time of its early education/introduction and decided it was all too hard for just a few homekill beasts. But the point being, wasn't that whole system/exercise supposed to be the be-all-end-all solution for just this type of problem?

The system is only as good as the weakest link - the compliance is excellent for cattle going through saleyards and freezing works, but not so good for farmer to farmer transactions and cattle moving around for grazing.

I would not class saleyard complance as excellent. Too many tags dont read so you have incomplete records.

I thought the LNI was suffering from flooding issue? Either way seemed to be a very wet spring, reservoirs and dams must be brimming.

Its amazing how quick it can dry out. No rain and a blasting hot wind can do a lot of damage in a short amount of time. And considering most of the country is populated with dairy cows who have a habit of scoffing every blade of grass they can. Leaving no top to the pasture just adds to the quick demise of feed.
In years gone by there was more sheep and beef, farmers had the ability to move more animals off to the works or sell store into a different area that may have had more rain. Dairy farming you are kinda stuck with what numbers you have.
The extraordinary rainfall we had previous to this dry patch has helped heaps. I think the pasture is hanging on better than it would have otherwise.