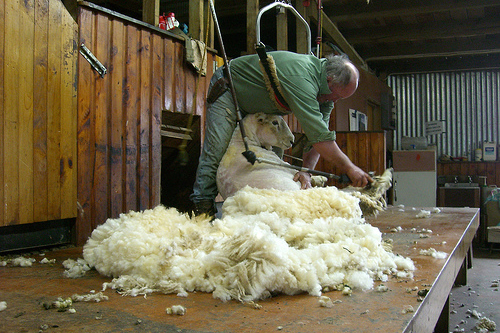 Lamb
Prices for lamb, both on schedule and in the saleyards have continued to hold well.

In the North Island rain has continued to help support this. Given that the December quarter receipts for lamb and mutton were at record levels, up 47% for lamb on the previous year and volumes up 21%, the future for sheep meat should be healthy as supply pressure on processors remains and international demand is strong.

However, in the South Island, while the top half is still experiencing pasture growth from the earlier rains things are starting to revert to ‘business as usual’ but at least with reasonable feed reserves. This is except for Southland. 2017 was the driest year on record for many parts of Southland and 2018 is continuing along a similar theme.

Although sheep numbers have dropped by half to just over 4 million from the heights of 1994 and to a similar number in Otago, also affected by the dry conditions. If farmers are forced to unload, then the effect upon the South Island sheep store market may put a damper on what should be very positive season for farmers. Drought support workshops are being held in Gore later this week.

Wool
No Christchurch sale in this reporting period so we will wait and see how the finer wools fare. Lambs wool is still firm especially wool that is at or below the 29micron grade.

Unfortunately for growers of coarser crossbred wool <35micron the buyers appear to be telling growers “don’t bother producing it”. Because there is no other message to be taken from the prices they are currently paying.

What is particularly galling is that the raw product price as a percentage of the end processed product return is pretty minor. If processors want a sustainable industry they need to get real and work with growers because the current returns which are bouncing along below break-even point are not.

Deer
The picture is the reverse for the deer industry with prices for venison and velvet maintaining the positive levels being experienced for the couple of months. What will be interesting to see is whether or not breeders can resist these seductive prices and hold onto their female breeding stock so the slide in deer numbers does not continue. Currently deer numbers are only at two thirds of what they were back in 2005.

Stag sales have been in full swing with the top price noted being shared by Arawata and Peel Forest Est both achieving $46,000 for their top stags. Hopefully a positive sign indicating hind numbers are driving the demand for stags.

Cattle
The shenanigans which were going on in the US with Congress failing to agree on spending and immigration and resulted in government funding stopping will have done nothing to stop the current trend of a weakening US dollar. Fortunately processors have been light on reducing lamb schedules but the impact may be felt soon.

Beef, with a stronger reliance on the US market, has shown greater reductions. However, drops in the beef schedules have been more targeted at prime animals although manufacturing hasn’t been totally spared.

The heavy supply on the NZ domestic market of local trade grade heifer and steers is put as the reason for prime grades reductions. The widespread rains should help improve this situation.

Store markets for all cattle are still strong but, as with lamb, numbers of livestock coming forward have reduced. Based upon US imported 95CL bull, this season is still running upto 10% ahead of last year at the same time and, subject to the US$, prices should remain strong compared to the five-year average.